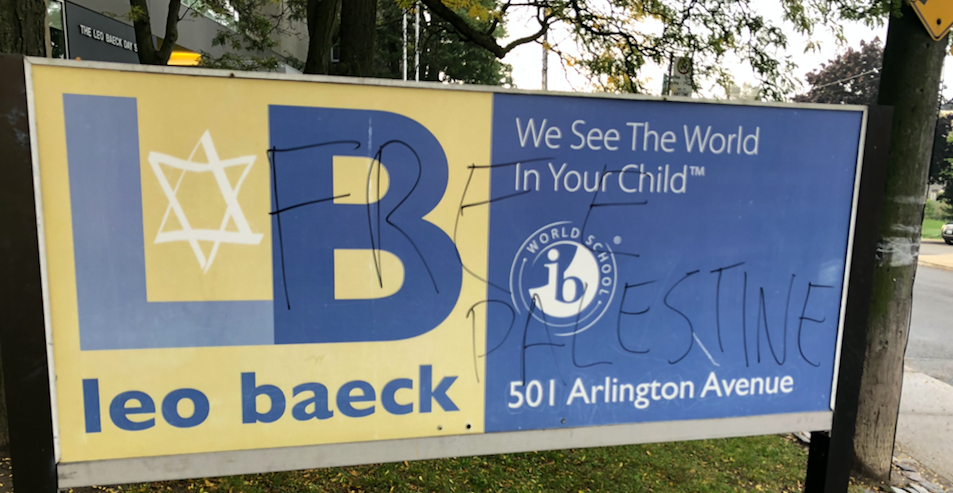 TORONTO – A Jewish day school in Toronto was vandalized with pro-Palestinian and pro-Hamas slogans over the long weekend, B’nai Brith Canada learned after receiving a call to its Anti-Hate Hotline.

Hamas is a designated terrorist organization under Canadian law.

The vandalism was discovered just days after two Israeli civilians were gunned down in a terror attack at a West Bank factory. The murders were celebrated by Hamas, with representatives handing out candy shortly after the attack. 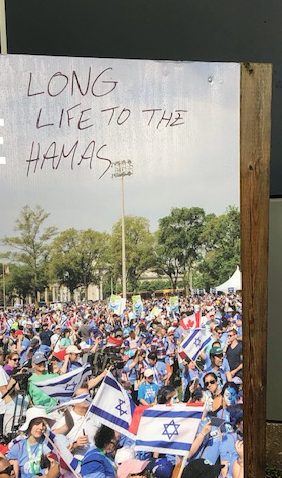 “These despicable acts of vandalism supporting Palestinian terrorism targeted a Jewish school where Canadian children learn about Torah, the value of charity and community, and other important values and ethics,” said Michael Mostyn, Chief Executive Officer of B’nai Brith Canada.

“This affront is a direct example of how anti-Zionism and antisemitism are often one and the same, and how support for BDS [boycott, divestment and sanctions] and other anti-Israel movements can directly lead to instances of cold, calculated anti-Jewish hatred,” he said. “Let this be a wakeup call for anyone who claims otherwise.”

A spokesperson with the Toronto Police Service confirmed to B’nai Brith that it is launching a full investigation.

Leo Baeck is not the first Toronto school in recent memory to be defaced with antisemitic epithets or symbols. In fact, according to B’nai Brith’s 2017 Annual Audit of Antisemitic Incidents, antisemitic vandalism in 2017 more than doubled compared to the previous year, with both public and private schools across the country being targeted.

If you see or encounter any type of racism, discrimination, or bigotry, antisemitic or otherwise, please contact our Anti-Hate Hotline at 1-844-218-BNAI (2624) or visit us at www.bnaibrith.ca/report.