This Passover, Join B’nai Brith Canada in Our Fight for Freedom 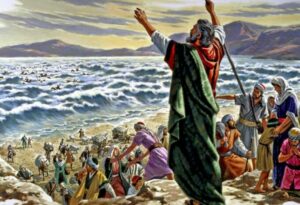 Jewish people worldwide will gather to celebrate Passover this Monday, April 10. Passover, of course, teaches us many virtues but, most importantly, it represents the liberation of the Jewish people and our freedom from slavery after centuries of oppression.

Today, we can take pride in how much we have accomplished. We are equally proud to be the only indigenous people to have reclaimed self-determination on our ancestral lands. Sadly, though, our right to freedom is again being challenged. Just as the ancient Egyptians sought to dehumanize the Jewish people, there is a movement today that seeks our eradication.

No other organization fights on behalf of these freedoms as vigorously as B’nai Brith Canada, and it is critical that we have your support in our battle against racism and antisemitism. In fact, former Prime Minister Stephen Harper recently lauded B’nai Brith for our commitment to eliminating the hateful rhetoric that threatens our society.

In March alone, we saw several instances of hatred, and B’nai Brith was there, ensuring justice for the victims of bigotry and prejudice, and working alongside lawmakers and police services to protect our community’s interests.

Ahead of International Women’s Day, B’nai Brith discovered that Nazi aviator Hanna Reitsch (a close confidant of Adolf Hitler) was scheduled to be honoured at an event in Lachute, Que. and demanded that she be removed. As a result of B’nai Brith’s intervention,the mayor of Lachute confirmed that the event would not glorify the former Nazi. 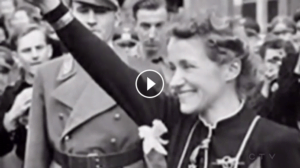 After unidentified “activists” replaced the flag of Israel with an Algerian one during a multicultural festival at the University of Ontario Institute of Technology (UOIT), B’nai Brith worked closely with the administration in an effort to hold those responsible to account – displaying our right, and freedom, to love and support Israel.

In response to Israel Apartheid Week, which aspires to deny the Jewish people of our legal right to an autonomous homeland, B’nai Brith Canada CEO Michael Mostyn issued a statement urging university administrations to take the week-long anti-Israel hatefest more seriously, noting the damaging effects it has on Jewish students on campus. B’nai Brith also exposed an anti-Israel student group at the University of British Columbia for promoting Hamas-linked slogans ahead of a referendum on whether to support the boycott, divestment and sanctions (BDS) movement.

Following a B.C. Supreme Court Judge’s lenient sentencing (six months of curfew and an Internet ban) of Arthur Topham, convicted of wilfully promoting hatred against Jewish people, B’nai Brith expressed strong disappointment that he got a mere slap on the wrist. Topham, of course, was first charged after a B’nai Brith volunteer alerted the RCMP to his activities.

B’nai Brith also brought to light yet another imam to have espoused antisemitic slogans during a Friday sermon. In a speech delivered at a Montreal mosque, Muhammad bin Musa al Nasr described Jews as “the most evil of mankind.” In response, B’nai Brith reported the incident to the Hate Crimes Unit of the Montreal Police Service, and continues to urge lawmakers that hate crimes against the Jewish community are a real and serious threat.

This Passover, as we celebrate our freedom and our liberation from bondage, I urge you to support B’nai Brith, Canada’s premier human rights organization and the voice of our grassroots Jewish community.

As the promoters of antisemitism attempt to wreak havoc on our way of life, it is imperative that B’nai Brith continue its ongoing efforts to support our rights and freedoms – not just as Jews, but as Canadians.

Wishing you and your family a joyous and meaningful Passover.