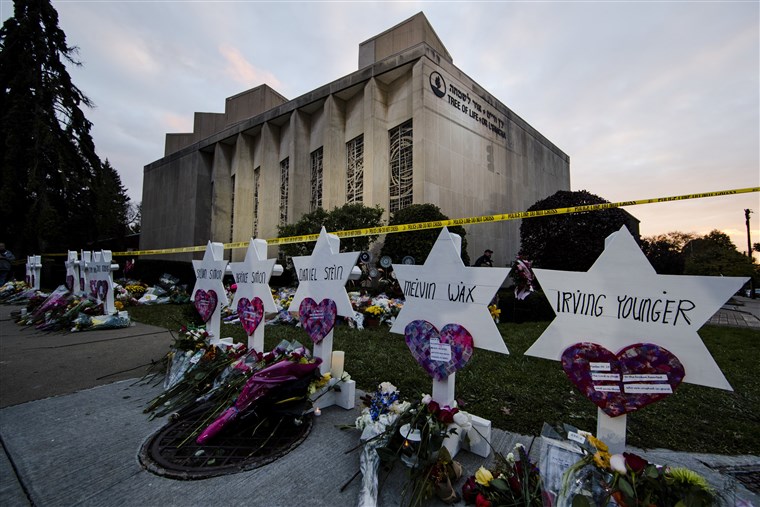 In the year that has passed since, the issues of white supremacy and far-right extremism have not disappeared – in fact, in many ways, they have become much larger concerns than they had been at any other point in recent memory. Jews were again targeted in synagogue by violent white supremacists just a few months later in Poway, California and Halle, Germany, which unjustly took the lives of another three innocent people. Beyond the Jewish community, deadly attacks by people with this same evil ideology have taken place against minorities of all stripes, from El Paso to Christchurch – with earlier attacks in Quebec City and Charleston still fresh in our collective memory.

The recent rise of the white supremacist movement from a largely irrelevant phenomenon on the fringes of society to a force that translates into brutal murders in the real world is something that we should all be extremely alarmed about. Unfortunately, the time has come where we no longer have the luxury of ignoring this problem. Like all forms of antisemitism, the threat must be called out for what it is and fought by our community as a serious issue.

Time and time again, Jews are targeted as scapegoats and blamed by ideologues all across the spectrum for whatever problems a given group is concerned about. On the far left, the BDS movement touts conspiracy theories that blame the Jewish state for societal injustices and inequalities, supporting and encouraging the brutal efforts of radical Islamic terrorist groups in the process. On the far right, as in the case of Pittsburgh, similar conspiracy theories are touted about Jewish organizations being responsible for the sinister manipulation of non-Jewish societies – in Pittsburgh’s case, supporting the rights of non-white immigrants. In both cases, innocent Jewish men, women and children are targeted for incitement – and there is always a very real risk that someone listening will decide to put their outrage over these alleged Jewish plots into action.

It is incumbent upon all members of the Jewish community, and of society at large, to recognize and appreciate the seriousness of all antisemitic ideologies, regardless of their political allegiance. There is no room for Jew-hatred or incitement of any kind in a healthy and democratic society; and we must all be vigilant in combating this scourge before more tragedies take place.

These are the lessons of Pittsburgh, Poway and Halle. As we continue to mourn the souls of our lost brethren on this solemn anniversary, we must also continue our commitment as a community to doing everything possible to recognize and address all types of antisemitic threats as soon as they arise – to ensure that nothing like this can ever happen again.

antisemitism BDS terrorism Pittsburgh Jakob Glogauer white supremacy
Published : Nov 01, 2019
Do you like this post?
Tweet
Have you experienced antisemitism, racism or discrimination? Report an Incident