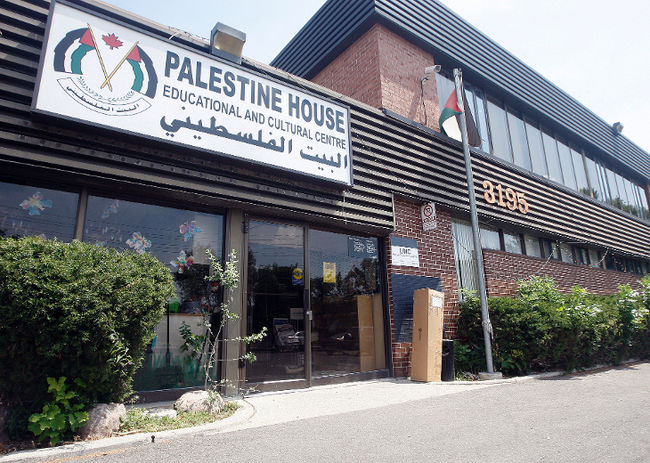 MISSISSAUGA, Ont. – A recent election for control of a Palestinian community centre in Mississauga, Ont., was reportedly contested by slates backed by two separate terror organizations.

The election has received attention in Palestinian media.

Reports in Palestinian media sources Donia al-Watan, al-Jalia, Amad, Quds Net News Agency and al-Arab al-Youm were echoed last week by the website of the Palestinian National Resistance Brigades, the military wing of the DFLP, and by al-Hourriah, the weekly magazine of the DFLP.

Amin El-Maoued, the former Public Relations Chief for Palestine House, also publicly alleged that the DFLP “declared a sweeping victory in the elections,” while simultaneously announcing that he had withdrawn his membership from the community centre.

The PFLP is a designated terrorist entity in Canada, while Fatah is the party of Palestinian Authority President Mahmoud Abbas and is not designated as such.

The DFLP is not part of Canada’s terrorist list and was featured on theU.S. list until being removed in 1999. However, Israel still classifies it as a terrorist organization, and Canada’s Immigration Appeal Division upheld the deportation of a Palestinian refugee claimant in 2015 on the basis that he had been affiliated with the DFLP, described as “an organization that there are reasonable grounds to believe engages, has engaged or will engage in terrorism.”

Moreover, the DFLP continues to issue statements in support of terrorism, including the “brave” March attack that took the lives of an Israeli soldier and rabbi.

“This is an extremely disturbing development,” said Michael Mostyn, Chief Executive Officer of B’nai Brith Canada. “It provides yet another reason why Palestine House and its successors are not fit to receive government funding.”

In 2012, the federal government stripped Palestine House of its funding due to what Ottawa called its “pattern of support for extremism.”

Responding by email to B’nai Brith, incoming PCCC President Ahmad Kais dismissed the claims that his slate was backed by the DFLP as “just rumours belong to deshonest people” (sic), and asserted that a new PCCC bylaw would bar members from being “involved in any political party or any political activities.”

He did not explain why the DFLP itself had publicly taken credit for his slate’s success.