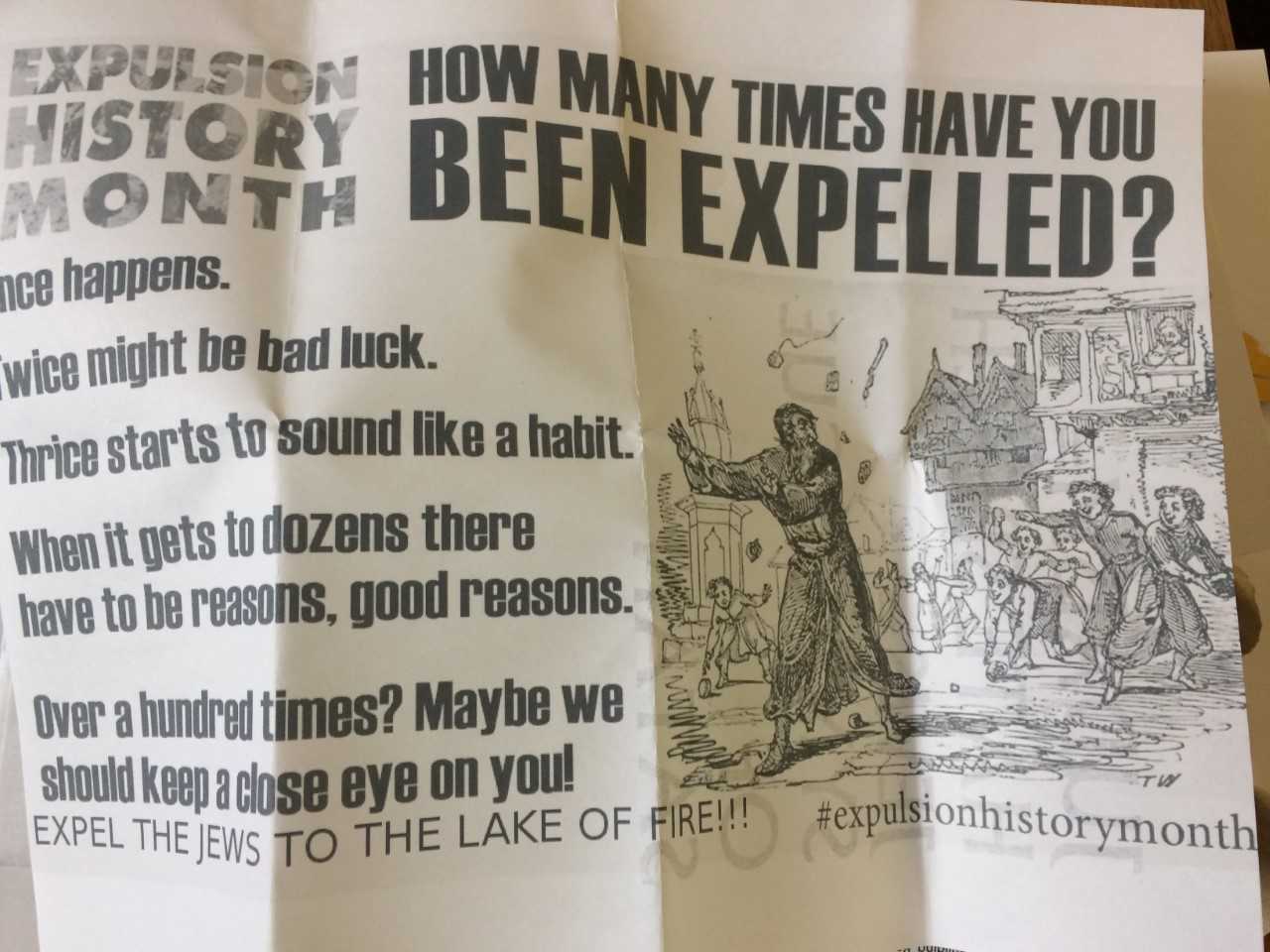 Antisemitic hate mail received by the Jewish Federation of Victoria and Vancouver Island on Feb. 16, 2018

TORONTO – At least three Jewish institutions across Canada received antisemitic hate mail during the past week calling to “expel the Jews to the lake of fire,” B’nai Brith Canada has learned.

The man who denied this week having written an editorial promoting 'resistance' as a 'sacred duty of Jihad', and who was subsequently suspended from his position with the Multicultural Council of Windsor and Essex County, once posted a video that glamorizes Gaza-based terror groups.

The author of an editorial that proclaimed support for acts of violence as a sacred duty has been suspended from his position with the Windsor Multicultural Council.

The Windsor Multicultural Council is a body that receives funds from Immigration, Refugees and Citizenship Canada and is intimately connected with the welcoming and resettlement of Syrian refugees.

February 26, 2016, TORONTO — B’nai Brith is condemning an editorial by Mohammed Hisham Khalifeh, published in Windsor’s Arabic language Al Forqan newspaper, reported as lauding the ongoing spree of attacks against civilians in Israel as a ‘sacred duty of jihad’.