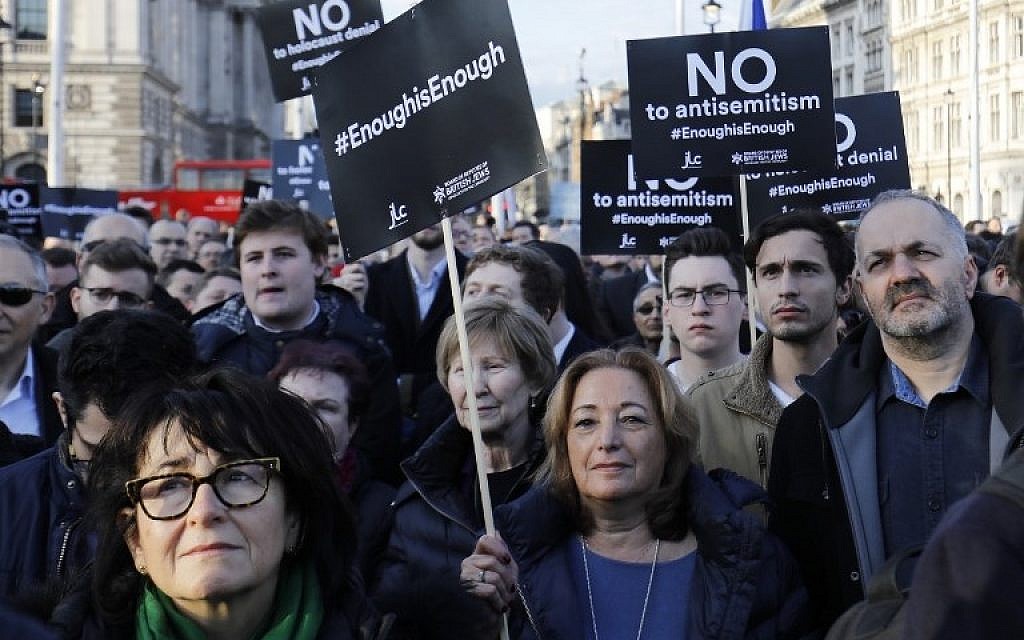 Conducted by the European Union Agency for Fundamental Rights (FRA), the survey, the largest in history conducted of Jewish people worldwide, shows that a staggering 90 per cent of respondents believe antisemitism is on the rise throughout Europe and that it is particularly problematic online.

Nearly 80 per cent said they do not report serious incidents of antisemitism to the police or any other body “because they feel nothing will change,” while nearly 30 per cent said they were personally subjected to antisemitic harassment. The most common antisemitic slogans heard include that “Israelis behave like Nazis toward Palestinians (51 per cent),” that “Jews have too much power (43 per cent)” and that “Jews exploit Holocaust victimhood for their own purposes (35 per cent).”

Of the 16,395 respondents, nearly 40 per cent said they considered emigrating because they do not feel safe.

In response, B’nai Brith Canada is urging all levels of government in Canada to implement its Eight-Point Plan to Tackle Antisemitism, which includes instituting dedicated hate crimes units in every major Canadian city, declaring a zero-tolerance approach for government funding of antisemitism and holding universities accountable for campus antisemitism.

“This survey is a warning call for countries where antisemitism is on the rise, but hasn’t reached levels like France or the United Kingdom,” said Michael Mostyn, Chief Executive Officer of B’nai Brith Canada. “In Canada, for example, the Annual Audit of Antisemitic Incidents, published by our advocacy arm, the League for Human Rights, shows that anti-Jewish hatred has seen an uptick over the past five years, culminating in peak levels in both 2016 and 2017.

“If Canada would like to avoid a similar fate, we must take antisemitism much more seriously in this country.”

The survey comes only days after EU justice ministers unanimously endorsed the International Holocaust Remembrance Alliance (IHRA) working definition of antisemitism, which includes manifestations of anti-Jewish hatred under the guise of anti-Zionism. B’nai Brith strongly supports adopting the IHRA definition at all levels of government.