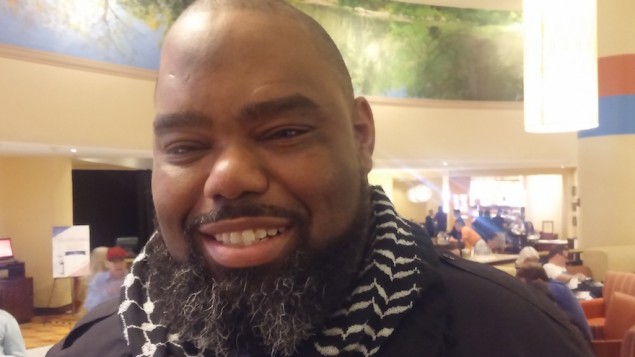 Pro-Israel activists in the Miami area plan to protest a state senator who has visited the West Bank to meet with anti-Israel groups as well as supporting the boycott and sanctions movement against the Jewish state, as reported by Jewish Telegraphic Agency.

Pro-Israel activist groups such as the Israel Project have organized to protest Democratic Florida state senator Dwight Bullard of District 39. The senator visited the West Bank in May. The visit was facilitated by the political activist group Dream Defenders.

Dream Defenders are advocates for the boycott and sanctions movement against Israel, on his trip Bullard met with the movement's founder Omar Barghouti. Bullard's tour guide, Mahmoud Jeddah, was a representative of the Popular Front for the Liberation of Palestine (PFLP), a group designated as a terrorist organization by the State Department.

Bullard's district encompasses Hendry, Collier, Monroe, and Miami-Dade. District 39 has a very  dense Jewish population with many pro-Israel advocacy groups. Israel Project's Southeast Regional director Ken Bricker said, “Any Florida state legislator who would go to Israel and choose to meet with those groups, it’s more than troubling, it’s deeply disturbing… I have to wonder if the constituents in his district (are) aware of who he is and what he believes in.” The mainstream Jewish community in his district are supporters of Israel and are upset with his affiliation with terrorists and Israeli boycott groups.

Bricker commented on Bullard's affiliation with the PFLP, "It's hard to imagine a constructive dialogue with someone who thinks it's acceptable to meet with a barbaric terrorist organization that has the blood of innocents on his hands."

Bullard and Dream Defenders are also advocates for the Black Lives Matter (BLM) movement. Recently, BLM expanded their campaign platform to endorse the boycott and sanctions of Israel. The political movement does not primarily focus on Israel, instead its main focus is to end systematic discrimination towards the African-American community in the United States. Despite Israel not being at the centre of the movement's platform the group, BLM haS faced backlash for its stance.

A month after visiting the West Bank, Bullard spoke at an event held by Dream Defenders that explicitly linked the Black Lives Matter movement to the boycott of Israel, this was before the movement's endorsement of the boycott.

Joe Zevuloni, a prominent Jewish businessman in South Florida, has been organizing the protest. “We want to bring our message that we oppose hate in the strongest possible terms,” he said. “His message of BDS is not welcome here.” Zevuloni expects Latinos, members of the LGBTQ community, and African-Americans to attend the protest on Aug. 28.

Bullard claimed he was unaware of the fact that his tour guide in the West Bank was a member of the Popular Front for the Liberation of Palestine. Didier Ortiz, a Green Party candidate for the Fort Lauderdale City Council joined Bullard on the trip, there he posted a photo of Jeddah on Instagram.

In another Instagram post during that trip, Ortiz was stopped at a checkpoint in Hebron, he wrote "This is what #apartheid looks like. #zionism must (be) eradicated. #FreePalestine"

Bullard said that he went on the trip to the West Bank seeking facts, "I want to be a public servant, open-minded," he said. "If a pro-Jewish organization said if you want to go to Israel, I'd go… I'm open to talk to anybody about my experience of what I saw."

Earlier this year, Bullard voted in favour of anti-boycott and sanctions legislation. This was after a significant amount of lobbying from Jewish groups that represent districts with dense Jewish populations such as District 39.