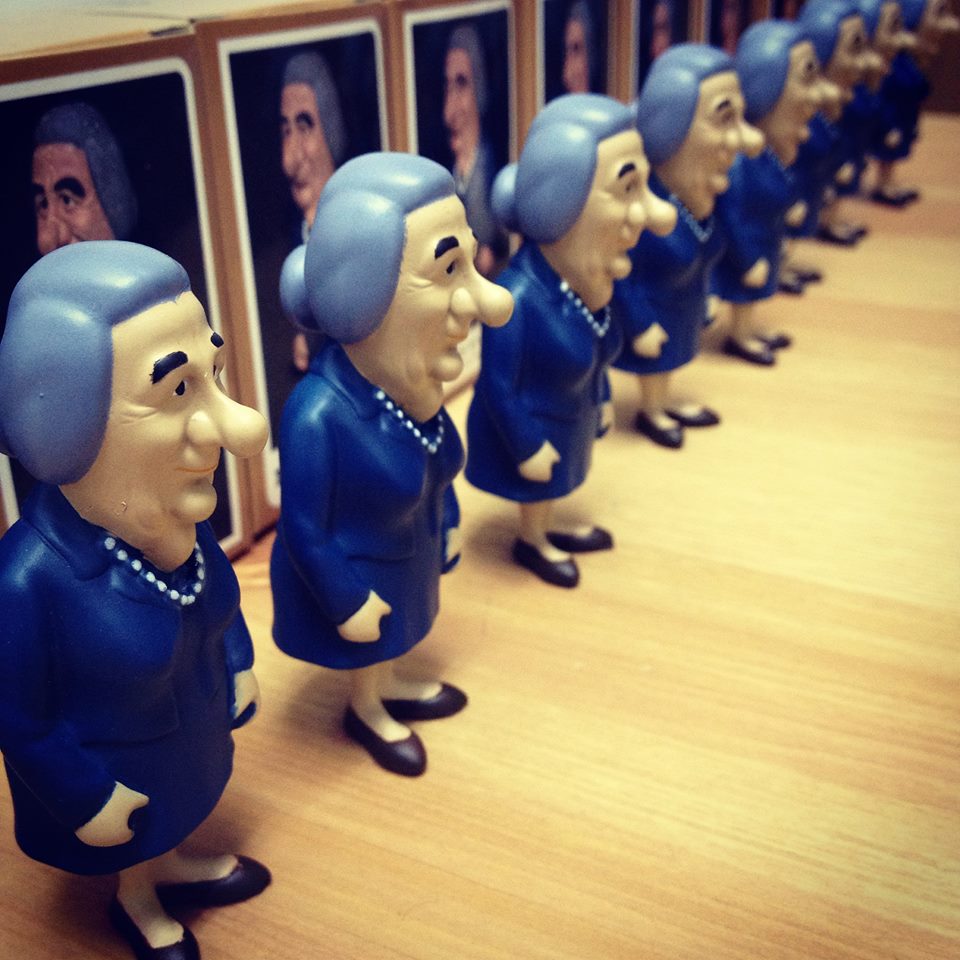 You can WIN this action figure of Golda Meir! See below for details.

In a bid to celebrate fifty years since the reunification of Jerusalem, the eternal capital of the Jewish people, we want to know who's YOUR favourite contemporary Zionist! Let us know using the hashtag #JewInspiresYou. The most inspirational entry will win a four-pack of Zionist action figures courtesy of Piece of History, including David Ben-Gurion, Moshe Dayan, Menachem Begin and (of course) one of Golda Meir.

There would be no modern State of Israel without Golda Meir. Born in Kiev in 1898, Meir’s family moved to the State of Wisconsin in 1906 and she soon joined a Zionist youth group, “Workers of Zion.” Meir graduated at the top of her class, and pushed closer to making the Zionist dream a reality when she moved to the British Mandate of Palestine in 1920. There, she lived on a Kibbutz for several years before moving to Jerusalem in 1924 to further her work towards the reestablishment of the Jewish State.

Meir's background and understanding of American Jewry would soon save the fledgling Jewish state from near-certain destruction. When Israel declared independence in 1948, it needed money fast. Arab armies were converging to wipe the world’s only Jewish state off the map and the Israeli Defence Forces were under-equipped to meet them. Some $25 million was needed from American Jews to finance a defence of the homeland.

Meir was sent to the United States with this mission.

She arrived and, without rehearsal or preparation, gave a speech at the General Assembly of Jewish Federations and Welfare Funds in Chicago to plead the fledgling state of Israel’s case. It was a wild success, where she received some $50 million in donations. This money equipped the newly formed IDF and was instrumental in Israel’s ability to turn back the Arab armies.

Meir was a signatory on the Israeli Declaration of Independence and served in the first Knesset under Prime Minister Ben-Gurion. Later, she was elected Prime Minister herself (one of the first female heads of state in history) and led the country through the 1973 Yom Kippur War where the IDF successfully repelled a surprise attack from Arab invaders. She led the Labour party to victory in the following election and finally, retired from politics in 1974.

After 12 years of battling lymphoma, Meir died in December 1978 and was buried on Mount Herzl in the united city of Jerusalem, the eternal capital of the Jewish people.