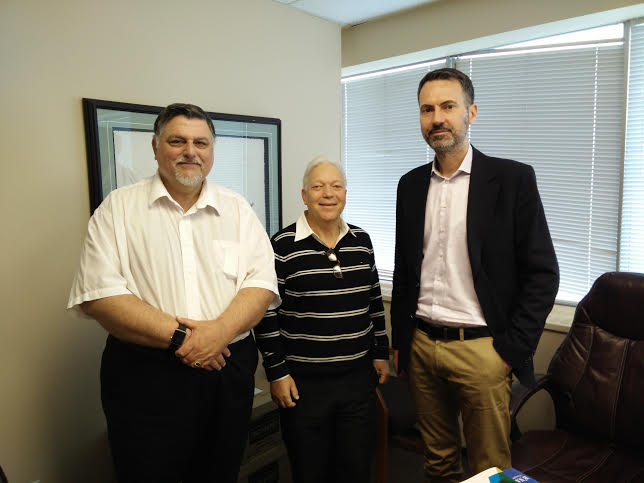 In stark contrast to the radical Islamic and far left-wing promulgation of antisemitism in France, it’s a newly revived far-right movement that’s led to the promotion of modern Jew hatred in Poland, according to a board member with B’nai Brith Poland.

In a recent visit to B’nai Brith Canada's office in Montreal, Frank Telling-Saphar shared an enlightening perspective on the state of modern antisemitism in Poland. “From the time I moved to Warsaw 11 years ago, big developments and changes occurred in Poland,” Telling-Saphar said. “The ruling Civic Platform party had brought a sentiment of peace, which included initiatives in combating antisemitism.”

But he says things changed in 2015 when the conservative Law and Justice Party came to power.

“They brought back a sort of “National Socialist” revolution where the church became front and center in the middle of public life,” said Telling-Spahar. “All of a sudden, this pre-World War II-like atmosphere of hostility became commonplace.”

Telling-Saphar was born and raised in France but left for Poland as a student. He later returned to France and eventually made the permanent move to Poland where he started his own business.

Telling-Saphar referred to the burning of an effigy of an ultra-Orthodox Jew holding a European Union flag by anti-migrant protesters in Wroclaw in November 2015.

“Poland is still very homogeneous,” Telling-Saphar said. “People are scared. They don’t want refugees; they don’t like European cosmopolitan culture or the European Union, even though they get money from them. Jew-hatred is lumped in with the rest of these hatreds.”

Telling-Saphar says he’s one of about 50 B’nai Brith members in Poland, which includes a lodge in Warsaw. An estimated 25,000 Jews live in Poland.

Israel and Poland, however, share a strong diplomatic and commercial relationship. Poland’s Foreign Minister Witold Waszczykowski (at the time of this writing) is in Israel to meet with Prime Minister Benjamin Netanyahu and other dignitaries.