Please Help Us Support Our Community This Passover 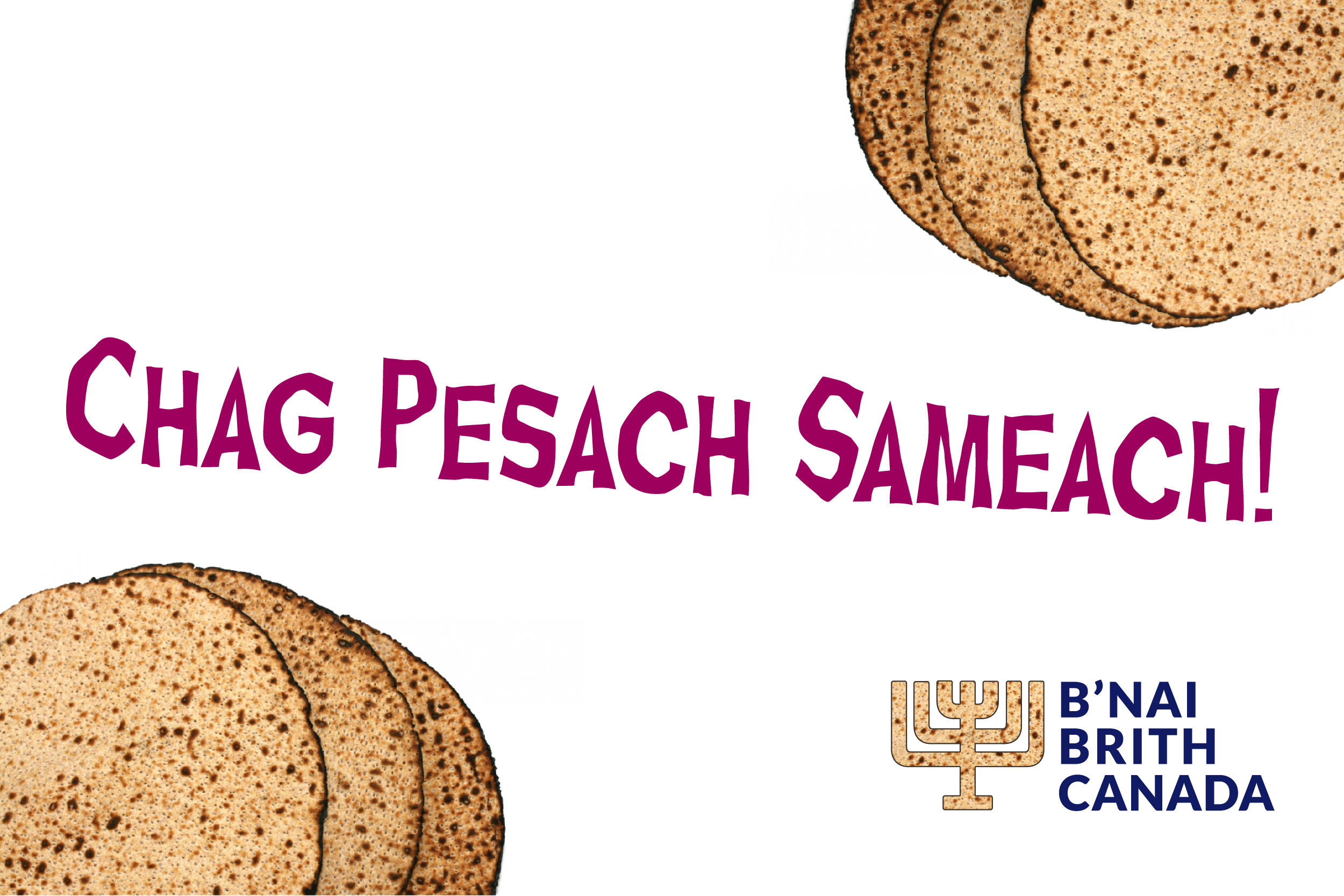 Tomorrow marks the beginning of the Jewish holiday of Passover, which celebrates our freedom and independence as a people.

Passover reminds us of the hardships we’ve been forced to endure, the obstacles we have overcome, and how much we have accomplished since returning to our indigenous homeland in Eretz Yisrael.

But there is still much work that needs to be done.

Here in Canada, a campaign to delegitimize and demonize the Jewish State is under way, while Jewish Canadians remain the most targeted religious group for hate crimes.

That’s why we’re asking that you make a small donation of $9 (half of Chai) to support the voice of grassroots Canadian Jewry, a staunch defender of Israel, the Jewish community and human rights: B’nai Brith Canada.

Nine dollars can go a long way during the holidays. Most importantly, it helps our organization fulfill our mandate of eradicating the antisemitism that threatens our society, preserving Jewish unity and continuity, and supporting our community’s most vulnerable.

We can’t do it without you. This Passover, please consider a $9 donation to Canada’s oldest self-funded and independent Jewish organization.