PETITION: ICNA Must Remove Hateful Speakers from its Toronto Conference 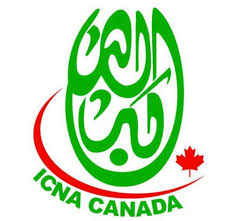 We, the undersigned, demand that you rescind the invitations for the following speakers at your upcoming annual convention, Carry the Light, taking place on Oct. 6-7, 2018 at the International Centre in Mississauga, Ont.:

The above individuals have either peddled in racist, homophobic, misogynistic or antisemitic tropes, expressed support for radical extremism and terrorism, traded in conspiracy theories, or some combination of all of these things.

Antisemitism, like all other forms of bigotry and discrimination, must be rooted out from Canadian society. Allowing individuals who have brazenly trafficked in such rhetoric undermines that very goal—a goal which all fair-minded Canadians regardless of race, sex, gender, or creed reject outright.

Again, by affixing our names to this petition, we demand the following:

Therefore, if you are truly interested in interfaith dialogue and a positive relationship with other religious and cultural groups, we demand that you immediately remove these individuals so that they cannot use your pulpit to spread such vitriolic and dangerous views.

Like this to spread the word:
Tweet
Have you experienced antisemitism, racism or discrimination? Report an Incident