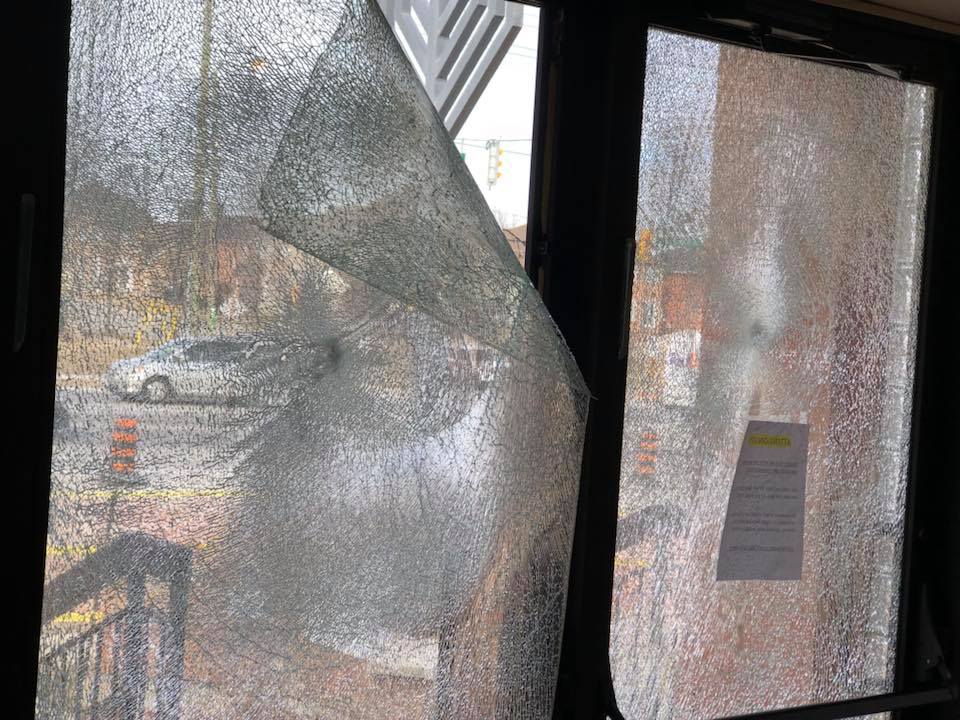 THORNHILL, Ont. – The perpetrator behind an attack of antisemitic vandalism at the Chabad Flamingo synagogue in Thornhill, Ont., has still not been identified, three months after the incident occurred.

Detective Mark Topping of the York Regional Police told B’nai Brith Canada Tuesday that extensive work has been done in the ongoing investigation, which is “revisited frequently.”

On the morning of March 21, 2018 a vandal smashed the synagogue’s glass doors with a rock. The incident was also captured on video.

#UPDATE: Here is security footage showing the vandal who threw a rock at the Chabad at Flamingo synagogue in #Thornhill, Ont. today, breaking its glass doors.

Detective Topping said police spoke to at least one individual who was deemed not to have been the culprit and encouraged members of the community to share any information that may assist in the investigation or any suspicious behaviour they notice in general.

According to B'nai Brith Canada's Annual Audit of Antisemitic Incidents, the year 2017 bore witness to a whopping 107 per cent increase in antisemitic vandalism compared to the previous year, accounting for 19 per cent of the year's total antisemitic incidents.

Last year was also the second consecutive record-setting year for antisemitism in Canada in at least 35 years, according to the Audit.

BREAKING: B’nai Brith Canada’s Annual Audit of Antisemitic Incidents reports that 2017 was the second consecutive record-setting year for #antisemitism in Canada. There was also a whopping 107 per cent increase in antisemitic vandalism. #BBAudit2018https://t.co/7Z3GbwwTXU

Last week, a Toronto man was charged with mischief relating to religious property and uttering threats after writing antisemitic, threatening messages on the Beth Ezekiel synagogue in Owen Sound, Ont.

If you witnessed the attack on the Chabad Flamingo synagogue or have any information, please contact York Regional Police at 1-866-876-5423 or leave an anonymous tip for Crime Stoppers of York Region at 1-800-222-8477.