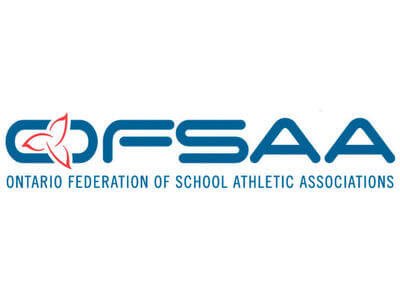 The Ontario Federation of Schools Athletic Association (OFSAA), an organization that has received financial assistance from the Ontario Government since 1952, continues to boast about its effectiveness in getting students to participate in sports.

But that’s not 100 per cent accurate – at least for students who observe the Jewish holiday of Passover. According to OFSAA’s current provincial playoff schedule, some students will have to choose between competing in sporting events and following their religious customs.

Things could have been made so much easier for students at the Community Hebrew Academy of Toronto (CHAT), B’nei Akiva Or Chaim and Crawford Academy, which is part of the Seventh-Day Adventist Church, whose Protestant Christian denomination calls for abstaining from sports on the Sabbath.

According to some schools, coaches and students, OFSAA appears to have done very little – even when a Toronto Star story reported back in 2000 that nine Jewish female students had to abstain from the OFSAA Gymnastics finals in Peterborough because it took place on Passover.

Back then, CHAT physical education head Rob Fishbaum said, “I would have thought that these events are held for students of all denominations. When not everyone can participate, I think that’s a form of discrimination.”

Provincial gymnastics convenor Chris McCarthy, a family studies teacher at Thomas A. Stewart Secondary, said she was aware of the conflict but still went ahead.

“We can’t please everyone, and I know that sounds terrible, but only one small group was affected,” said McCarthy. “Sure it’s a sore point, and we didn’t mean to eliminate a group, but we were following the OFSAA guidelines for dates and didn’t have a lot of choices.”

Fast forward to 2017 and Belleville will host the Gymnastics championship – again on Passover. The only difference is that CHAT no longer has a school team, likely due to declining interest and that statistics show large numbers of female students turning to club competitions.

When there was no conflict with scheduling, CHAT reached the Provincial medal podium. In 2001, Joanna Giddens won the Level 1 Floor Exercise and two years later, Tamara Grundland won a gold in the Level Two Vault.

But the annual problem continues as OFSAA has both its soccer and track and field finals events set for June – and on the Sabbath.

“Under the Ontario Human Rights Code, discrimination because of creed is against the law,” said Tamburro, in an email response regarding OFSAA rules and regulations. “Everyone should have access to the same opportunities and benefits, and be treated with equal dignity and respect, regardless of their creed.”

“It’s not just Judaism, any religion and culture needs to be accommodated,” he said. “With our diverse multicultural society, one would think people understand adjustment is necessary. I would have thought it would have occurred by now.”

At Crawford Academy, athletic director Donald Coleman said it has been the same problem with OFSAA for years.

“We were told people would push for change – but that was a long time ago,” he said. “Sure I am frustrated and feel powerless in making things happen so that everyone is treated fairly. One parent felt we should take this to the Ontario Human Rights Commission.”

Gord Skarrot, athletic director at Or Chaim, said his basketball team came close to making the provincial playoffs this year, but lost by a point in its league final – a qualifier to the OFSAA playoffs. The basketball playoffs used to be held in March during weekends, but several years ago OFSAA adjusted the schedule when teachers complained that the playoff games would overlap with travel plans during March Break.

“For us, there hasn’t been a conflict yet – but, with only 100 students at our school, if there ever was  – we are an observant school and that comes first,” said Skarrot. “Ethnic diversity should be a concern for OFSAA.”

Heather Irwin, a spokesperson for the Ministry of Education, confirmed OFSAA has received annual operating grants since 1952, plus an additional $180,000 the past two years for specialized programs.

“The Ministry has no role to play in OFSAA bylaw and policy decisions,” said Irwin via email, also indicating that, “All school boards are required to have religious accommodation guidelines in place, which may include consideration for student absences related to religious observances.”

Patty Johnson, a CHAT teacher and member of OFSAA’s Executive Council, declined to comment because of her provincial role.

Meanwhile, OFSAA’s Constitution continues to clearly state its role as promoting fair play and equal opportunities for success in all high school competitions, despite its scheduling conflicts.

David Grossman wrote and broadcast sports with the Toronto Star and The Fan 590 radio station and was in public relations and spent more than 40 years in Canadian sports and government relations.