MONTREAL – Israel’s new Consul General for Quebec and the Maritimes is settling into his new surroundings.

In an interview with B’nai Brith Canada, David Levy said he was enjoying his post as political counsellor for the Foreign Ministry’s Human Rights and International Organizations Department in Israel when he learned about an opening in Montreal. Zeev Nevo Kulman was heading back to Israel to become head of Cultural Diplomacy.

“I was planning to stay in Israel a bit longer with the family,” said Levy, who had only returned in 2016 from a four year experience as the Deputy Chief of Mission for the Israeli Embassy in Seoul, South Korea. “When Zeev was promoted and I jumped at the opportunity. I feel very fortunate. The fact that Zeev and I shared offices just a few doors down from each other the last few months gave me a unique chance to really go over the ropes with him.”

Levy and his wife Maya have four children aged 7, 10, 12 and 14. They have settled in a residence in the municipality of Westmount, home of the Consulate.  The children have been enrolled in a popular private high school.

A graduate of Law and Political Science from Tel Aviv University, Levy is very proud of his military service. From 1992 to 1996 and later in reserve he was part of an Israel Air Force Rescue and Evacuation Fighter Unit.

“Growing up in Israel, it was very important for me and my friends to have a meaningful military service,” Levy said. “Unit 669, as it is known, involved a relatively intense training program. This is a unique service because it is for both the military and civilians. You have to be able to scuba dive, rappel, and parachute and undertake combat training. You also need to learn how to use many different kinds of equipment. I found myself rappelling down a mountain to rescue a hiker and flying into Lebanon to bring Israeli soldiers for medical assistance.” 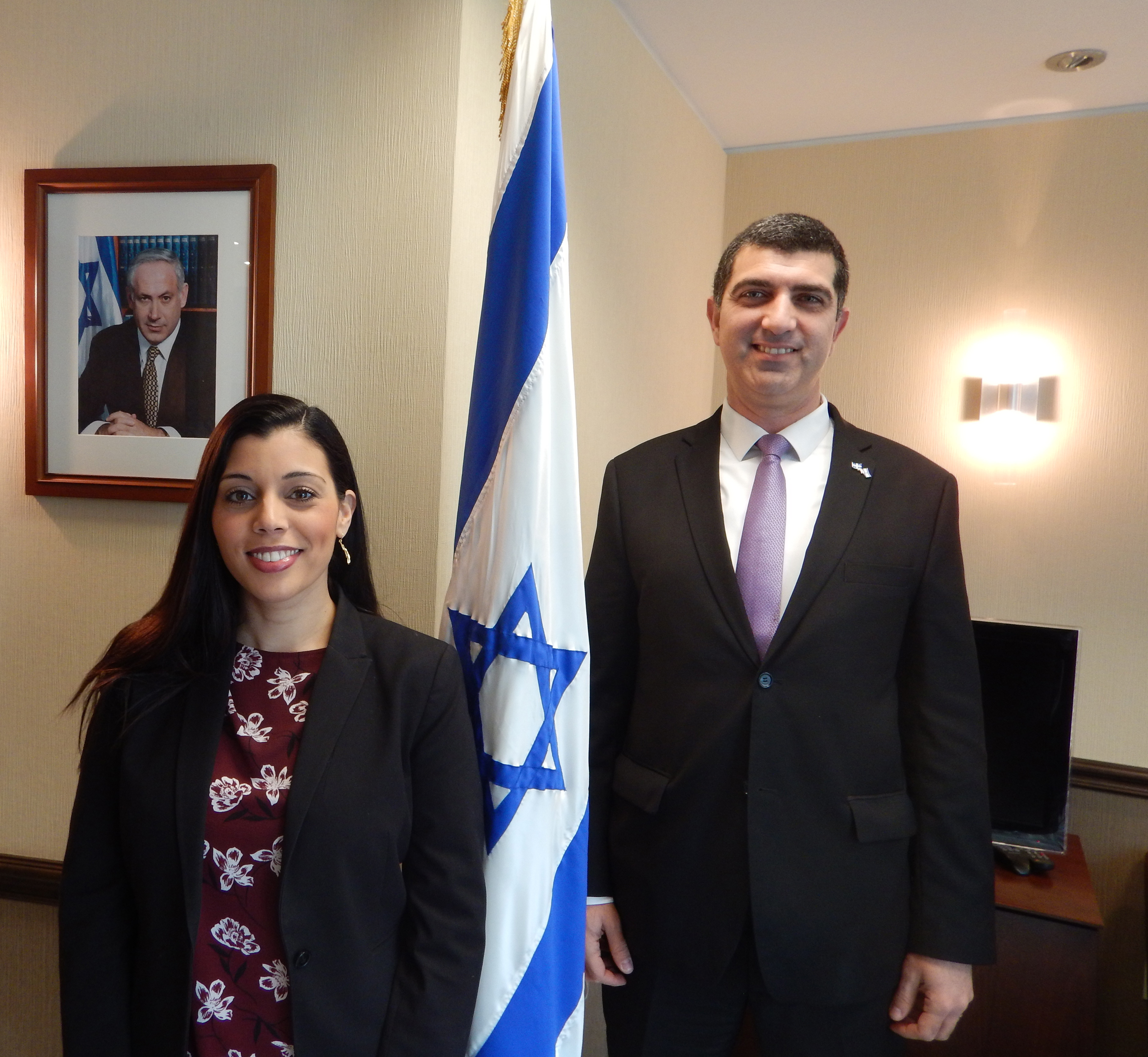 In order to become the Consul General for Quebec, the successful applicant must speak French. While Levy’s parents are French speakers, his dad from Morocco and his mom a professor of French literature born in France, he did not grow up speaking the language at home. “They had us speak Hebrew,” he said, adding that picked up French on his own at elementary and high school.

Levy’s English is impeccable, barely a Hebrew accent noticeable. “When I was six years old and in Grade 1 we moved to Illinois for a year where my mom taught at the university,” he said. “Put a six year old kid in an American public school for a year and he will pick up the language quickly!”

Levy knows he has big shoes to follow. Kulman was coming off a year in which now former Montreal Mayor Denis Coderre led a mission to Israel with his Toronto counterpart John Tory and Quebec Premier Philippe Couillard did the same a few months later. Levy will present his credentials to the Premier in Quebec City in March. He will make his first visit to the Maritimes in late spring.”

The Montreal posting also calls upon the Consul General to serve as the permanent representative to the International Civil Aviation Organization (ICAO). At the Consulate, Levy is backed by Vice Consul Rotem Segev, who has been in place for a year and a half and about 14 other staff persons.

“Montreal and the Maritimes have vibrant and supportive Jewish communities,” Levy said. “I am looking forward to meeting as many people as possible. I already feel the warmth.”

David Levy Israel Consul General for Quebec and the Maritimes
Published : Feb 23, 2018
Do you like this post?
Tweet
Have you experienced antisemitism, racism or discrimination? Report an Incident