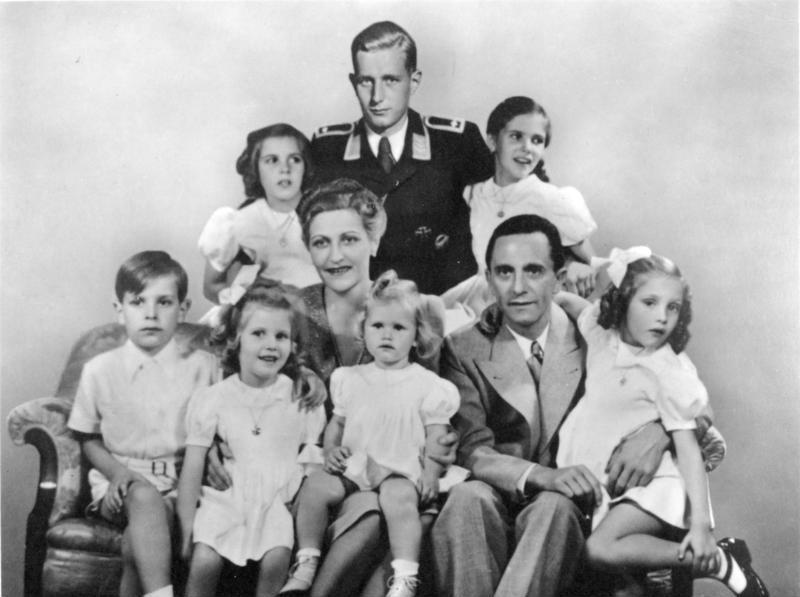 It looks like the "ideal Aryan family" included some Jewish progeny.

A new discovery in the Berlin archives has revealed that Magda Ritshel, wife of Nazi propaganda minister Joseph Goebbels, falsified her birth certificate and that her father was actually Jewish. On her birth certificate, it showed that Magda was the daughter of Oskar Ritshel and Auguste Behrend. Ritshel was an engineer and believed to have impregnated Behrend in 1901 before they were married, they divorced soon after in 1905. A recently discovered document shows that Ritshel was not Magda's biological father, it was actually Behrend's second husband Joseph Friedlander, a Jewish leather-goods business mogul.

During the Nazi era, Goebbels' 6-child-family was portrayed as an ideal Aryan family in propaganda. Magda Goebbels was perceived to be an ideal Aryan woman, having many children was highly encouraged by the Nazi regime. Eva Braun, Adolf Hitler's lover was hidden from public, which made Magda Goebbels the most visible wife of a high-ranked Nazi.

Behrend and Friedlander married in 1908, his residency card verifies that Magda was his biological daughter, which makes her half-Jewish. Magda falsified her documentation in 1934 after she discovered her true heritage. In Goebbels' diary, he entered that his wife made a shocking discovery about her family. It is believed by the general media that Goebbels' wife discovered that her mother had an affair with Friedlander before her first marriage.

When the Nazis were in power Friedlander was arrested and sent to the Buchenwald concentration camp, where he died in 1939. Magda made no effort to get him released from the camp nor prevent his death. The entire Goebbels family committed suicide on May 1, 1945, a day after Hitler committed suicide. When Nazi Germany's defeat was imminent, Magda wrote to her son Harald Quandt. He was her only son from her first marriage, he was in a POW camp in North Africa when she committed suicide, "We have now only one aim: loyalty unto death to the Leader… That we can end our lives with him is a mercy of fate that we never dared hope for."

Richard J. Evans, historian and expert on the Third Reich, wrote that an SS doctor gave the six Goebbels children a morphine injection to make them sleep, the physician put a vial of poisonous prussic acid in their mouths and crushed it. Joseph and Magda bit down on their capsules soon after, an SS soldier shot them both twice to ensure that they were dead.