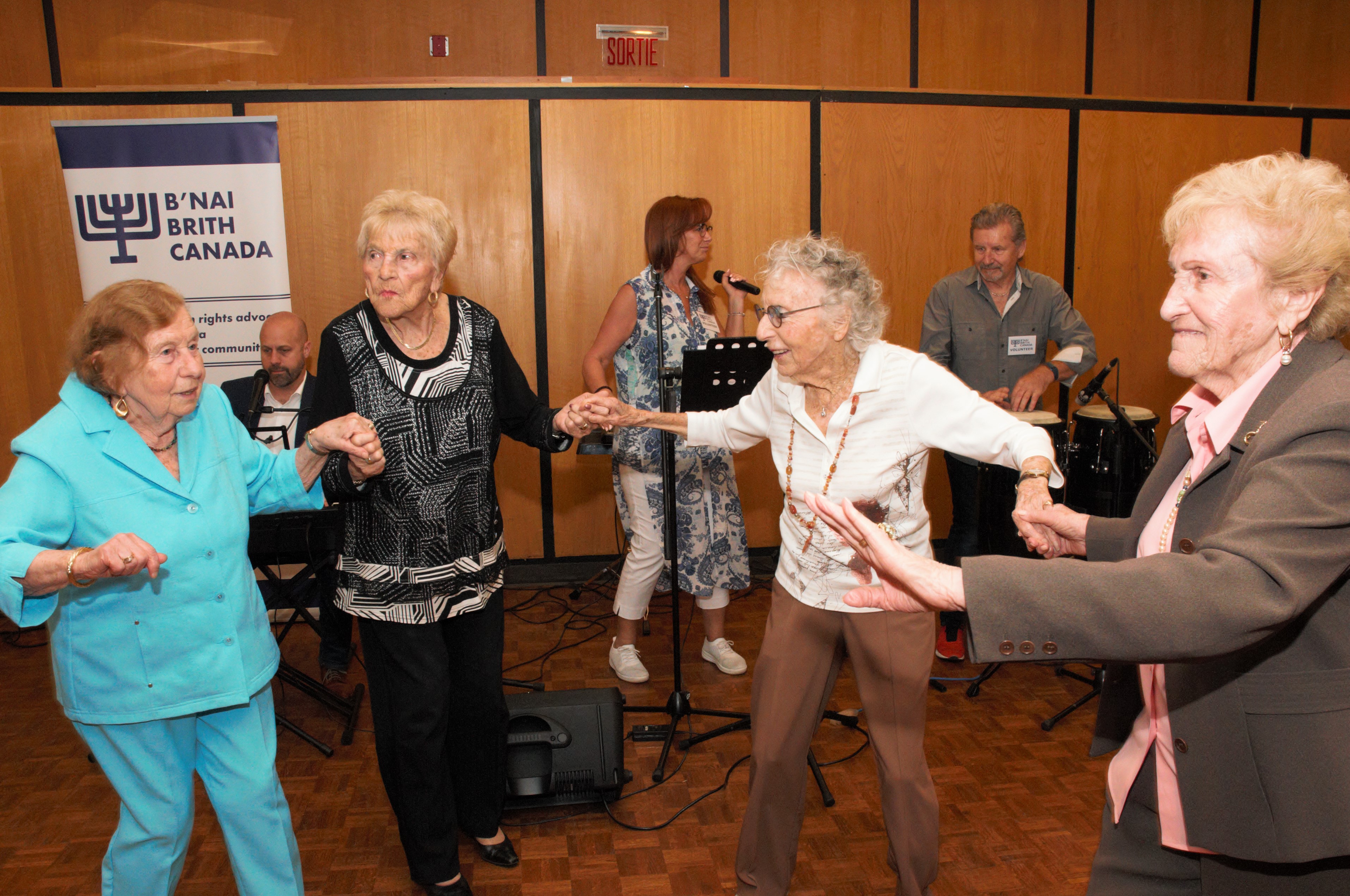 MONTREAL - B’nai Brith Canada’s Quebec Region continues to hit the right note with its musical brunches for seniors at the Adath Israel Congregation in suburban Hampstead near Montreal.

The debut program in this series took place on December 10, 2017 and was a resounding success. “They were singing, dancing and enjoying what might have otherwise been a day at home, and often alone, especially during the winter months,” said Joanne Cutler, the chair of Community Volunteer Services for B’nai Brith in the province and the initiator of the idea.

Fast forward and there have been eight brunches since this project began, with three more already organized for 2019 - September 15, October 27 and December 15. “It is growing and growing,” says Cutler. “We began with about 70 guests and now our brunches are attended by over 200!”

This is not a fundraiser.  In fact, each brunch requires a sponsor to help cover costs.  Patrons pay only a $10 entrance fee, for which they enjoy a delicious kosher brunch with coffee, tea and dessert as well as entertainment provided by fabulous Montreal-based musicians. The next event will feature The Absolutes, followed by The SnacPack on October 27 and the Bagg Street Klezmer Band on December 15.

The hosting synagogue’s rabbi, Michael Whitman, is elated over the program’s success. “We are thrilled to partner with B’nai Brith, first because it is a wonderful organization, and second, because we are providing a needed and appreciated service to our community,” he said. “In our area, there is a lack of programs for our seniors on Sundays, and we help fill that need. The growth of the program to overflow crowds attests to the need for this, and its high quality in the eyes of our guests. It is gratifying to hear so many people come up to me to thank ADATH for doing this, for what it adds to their lives, and how much they look forward to it each time. Among all the many programs we run, this is one of those of which I am most proud!”

I myself have attended a few of these events, and it is wonderful to see the mood in the room. Some of the attendees are housebound most of the week because they simply do not have activities in place or the means to treat themselves to a day out. Providing them with events like this is a true mitzvah!

“Two and a half years ago I had a stroke and the doctors told me I would never walk or be able to use my hands,” one attendee said. “Today, right here is the first time I have been on the dance floor since then.”

Social worker and B’nai Brith member Sharon Freedman said that her 92-year-old mother, who suffers from dementia, loves to have something to do on Sundays. “I am forever grateful to B’nai Brith and to the Community Volunteer Services,” she said.

See this video for more about what the brunches are all about.

The program begins at 10:30 am, featuring entertainment and brunch. ADATH is located at 223 Harrow Crescent. Reservations must be made in advance by calling 514-482-4252 ext. 1.