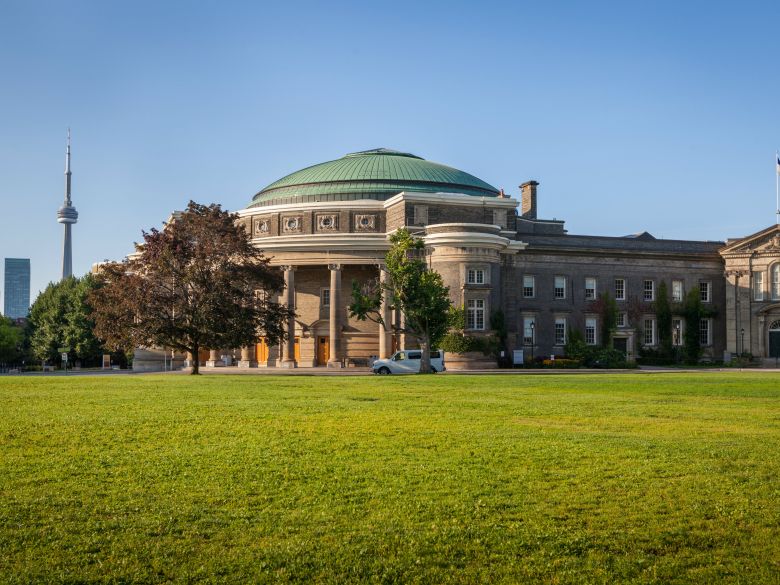 December 1, 2019
B'nai Brith Canada
TORONTO - B'nai Brith Canada has intensified its demand that the University of Toronto (U of T) address concerns raised by a large number of faculty members about antisemitism on campus.

In the aftermath of last month's kosher food debacle, efforts by a group of nearly 60 faculty members to work with the university to combat rising antisemitism have not yet received a response.

Controversy erupted when a representative of the school's Graduate Students' Union (GSU) informed a Jewish student that the union was unlikely to support a "Kosher Forward" campaign because Hillel, the organization initiating it, is pro-Israel. The representative also added that supporting the kosher food initiative would likely "violate the will of the membership."

The GSU is notoriously one of the most supportive unions of the antisemitic BDS movement of any campus in North America, and is also the only one in Canada with a committee dedicated to promoting the movement.

When the representative's statements were exposed by B'nai Brith, the news sent shockwaves throughout the Canadian Jewish community. Many of U of T's Jewish students, faculty and alumni were stunned that refusing kosher accommodation on campus could be justified as criticism of the State of Israel, in what was a clear instance of blatant antisemitism.

The letter, addressed to U of T President Dr. Meric Gertler, called on the administration to "issue a declaration condemning—as antisemitic and wholly unacceptable—the actions of the UTGSU" and to implement the International Holocaust Remembrance Alliance (IHRA) definition of antisemitism as a "policy guideline...to identify, prevent, and counter antisemitism on campus whenever and wherever it arises."

"As a faculty member at U of T and a member of the Jewish community, I am very concerned about the university's apparent lack of urgency about the need to address these growing concerns," said Dr. Howard Tenenbaum, Dentist-in-Chief of Sinai Health System and Professor of Periodontology at the Faculty of Dentistry. "The demands in our letter are perfectly reasonable and clear, and they have widespread support. The university must give us the respect we deserve and respond to our letter in very short order."

"President Gertler and the U of T administration must do the right thing and respond to an alarming incident of antisemitism by standing up for the rights of Jews on campus," said Michael Mostyn, Chief Executive Officer of B'nai Brith Canada.

"We commend the brave and admirable U of T faculty members who signed on to this letter and are fighting hard for equality on campus. The Jewish community is continuing to demand a greater willingness on the part of universities to recognize the seriousness of antisemitism on campus and to respond appropriately to it when it does occur."

Concerned U of T faculty members are invited to contact B'nai Brith if they wish to have their names added to the letter.

To view the complete text of the letter, click here.

antisemitism BDS campus U of T kosher food Hillel UTGSU
Published : Dec 01, 2019
Do you like this post?
Tweet
Have you experienced antisemitism, racism or discrimination? Report an Incident