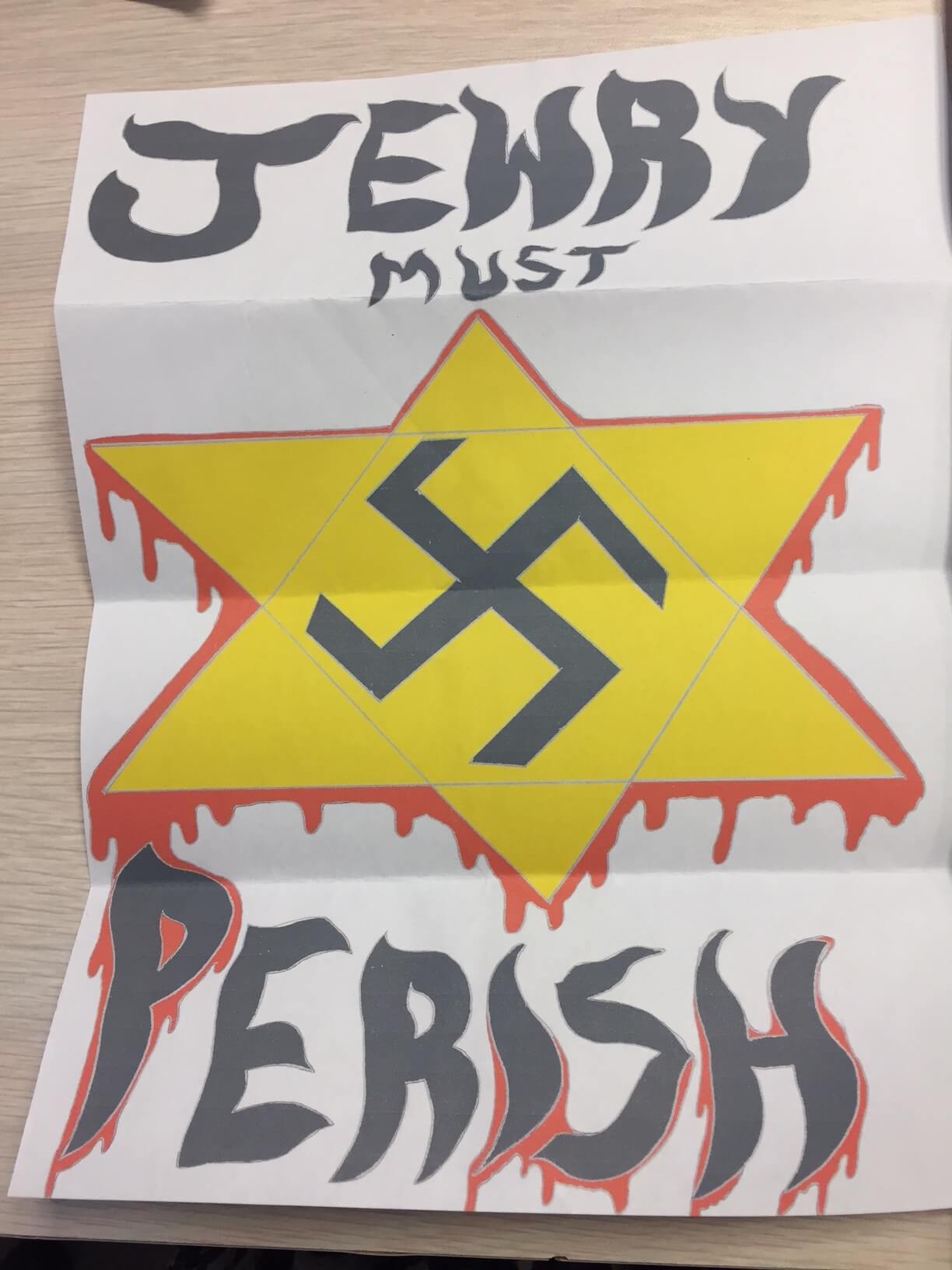 The letter, which strongly resembles Nazi propaganda, contained the phrase “Jewry Must Perish” and was accompanied by a bleeding Star of David with a swastika in its centre.

The Montreal Police Department has launched a full investigation.

B’nai Brith’s Quebec office received two calls Monday to alert the organization of the incidents. An employee of Beth Ora said her first call for help was to B’nai Brith.

“At this holy time for Jews and Christians alike, we are reminded that we are members of one community, striving for the preservation of truth and freedom,” said Rabbi Alan W. Bright of Shaare Zedek. “Vile acts of this nature should never divide us. Rather, they should serve to remind us that we be steadfast in our convictions, consistent in our commitment and courageous in our endeavors to make Canada and the world a better place in which to live.”

“Sadly, we’ve seen the swastika make something of a comeback this year, defacing the walls of high schools, university campuses, and public property,” Mostyn said. “Today, it is more imperative than ever that we condemn this symbol of racism and hatred.”

Harvey Levine, B’nai Brith Quebec’s Regional Director, is calling on Quebecers and Canadians from across the country to stand in solidarity with Montreal’s Jewish community in the wake of this reprehensible activity.

UPDATE: B’nai Brith has learned that four synagogues in Toronto have received exactly the same hate mail as the Montreal synagogues. Toronto police has launched an investigation.