MONTREAL – Third time’s not a charm.

After three motions in fewer than 18 months were introduced in support of the anti-Israel boycott, divestment, and sanctions (BDS) movement at McGill University, the Board of Directors of its Student Society (SSMU) finally and ultimately ratified its May 2016 ruling against BDS on Sept. 17, 2017.

It was a ground-breaking decision and one that should finally halt any attempts in support of the bigoted – and antisemitic – campaign that seeks to demonize, delegitimize and ostracize the State of Israel and its supporters on college and university campuses.

The 2016 ruling, where the Judicial Board deemed BDS to be unconstitutional in accordance with the SSMU’s by-laws, was held in response to the third motion in favour of BDS put forward at the university’s General Assembly. While all three of the motions ultimately failed, the ongoing debate surrounding the presence of BDS on campus has sparked widespread hostility at the university and beyond.

Monday’s vote was unanimous with one abstention, with the Board agreeing that “the inescapable conclusion is that motions similar to the BDS Motion, which target one specific nation, breach values inherent in our Constitution and the Equity Policy,” violating SSMU’s “safe space” program.

As an identified form of discrimination, BDS motions will no longer be tolerated at McGill. 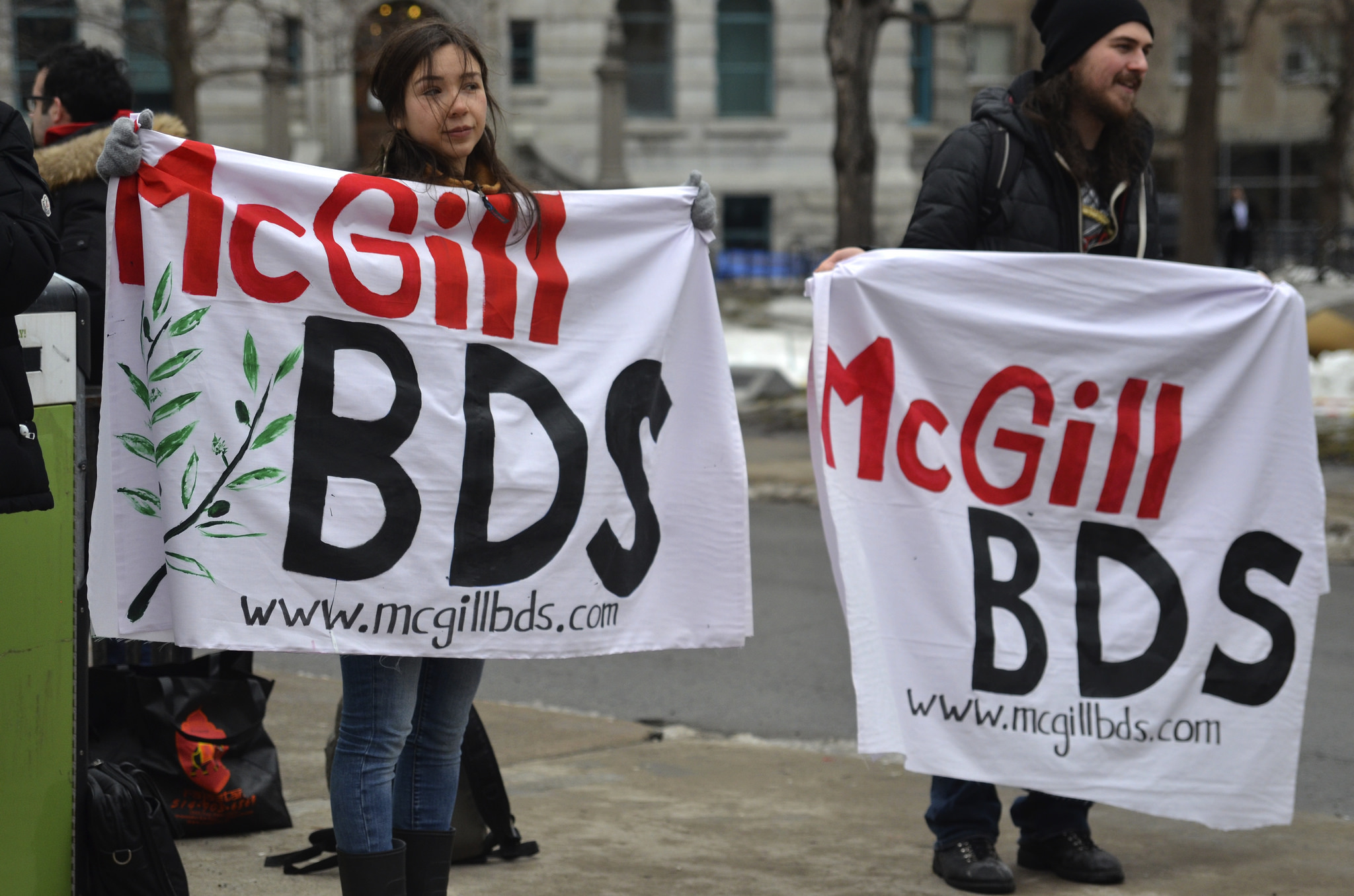 The Board’s ratification is particularly significant in light of Roger Waters’ impending Us + Them Canadian tour. Waters, a notorious critic of the State of Israel and champion of the BDS movement, is known for using his celebrity status to espouse his misguided views on Israel and challenge other artists to refrain from performing in the country.

To counter Waters’ biased and inflammatory views on Israel and the Jewish people (with all of his talk of powerful Jewish lobbies and comparing the Israeli government to the Third Reich), B’nai Brith has teamed up with award-winning filmmaker Ian Halperin to present screenings of his latest movie, Wish You Weren’t Here.

The film includes interviews with Tony Blair, Pope Francis, Alan Dershowitz, Natan Sharansky, Ronald Lauder, Michael Mostyn and other experts on discrimination, all of whom agree on one issue: through his support of BDS, Roger Waters is guilty of antisemitism.

We are proud to present screenings of @IanUnderCover's "Wish You Weren't Here," a look at how #BDS is antisemitic. https://t.co/itNraCioqf pic.twitter.com/6iO84Yb0iG

By publicly condemning BDS as a discriminatory motion on campus, McGill University has, intentionally or otherwise, spoken to larger concerns regarding the nature of the movement itself. While criticism of any particular country’s politics and governmental policies is not only to be expected, but even encouraged, imparting a double-standard on one nation while delegitimizing it on an international scale is neither fair nor right – nor, in this case, constitutional.

By denouncing the discriminatory nature of this movement, McGill student leaders have hopefully opened the doors to further discussion concerning the policies of BDS and other such similar movements. The recognition that the anti-Israel BDS motion violates certain university policies regarding equality should speak to its divisive nature and its ultimate purpose on the world stage.

B’nai Brith has applauded the Board’s decision to stand up against discrimination on university campuses, and encourages other student governments to do the same when faced with similar measures.

#McGill students ratify ruling AGAINST #BDS 4 violating its policy against discrimination based on national origin 👏https://t.co/4FEqdTDQbU

“Our hope is that this ratification inspires similar developments at other Canadian student unions, which generally have similar anti-discrimination provisions in their bylaws,” said Aidan Fishman, Interim National Director of B’nai Brith's League for Human Rights.

“With antisemitism on campus steadily on the rise, addressing such issues is now more important than ever. We intend to closely follow SSMU’s actions in the coming year to ensure that this decision is both upheld and respected.”

BDS McGill University Students’ Society of McGill University
Published : Sep 19, 2017
Do you like this post?
Tweet
Have you experienced antisemitism, racism or discrimination? Report an Incident