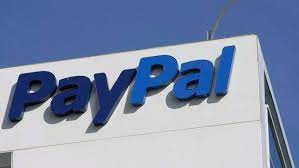 We, the undersigned, demand that your company stop providing payment-processing service to Laith Marouf, a notorious hatemonger who attracted international media attention for promoting hatred against various groups while heading an organization that received significant federal funds. Those he has targeted include Jewish people, Black people and Francophones. The Canadian Government has stopped financing his organization after denouncing his hateful remarks.

B’nai Brith Canada has discovered that Marouf continues to use a platform – Donorbox – that relies on your payment-processing tool to raise funds for a cause that violates your terms of service. He advocates against the International Holocaust Remembrance Alliance’s (IHRA) definition of antisemitism, which has been implemented by governments around the world, including Canada’s, and various provinces. The definition is used effectively and accurately to identify antisemitism. According to Statistics Canada, Jews are the country’s most targeted religious group.

We consider it vital that PayPal adheres to its own Acceptable Use Policy, which prohibits using the service for “the promotion of hate, violence, racial or other forms of intolerance,” directly or indirectly. Marouf’s conduct indicates a disregard for your regulations.