Kerry is Dead Wrong When it Comes to Settlements 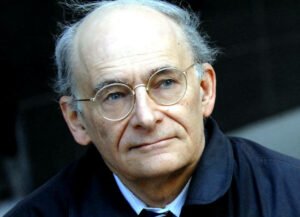 Of course, politicians aligned with President Obama are also on their way out, including outgoing Secretary of State John Kerry, whose position on foreign policy differs greatly from the incoming administration (particularly, again, when it comes to Israel). While Trump urged the U.S. to veto the United Nations Security Council’s Resolution 2334, Kerry has spoken out in favour of it, most notably on Dec. 28, 2016 in Washington, DC. During that fateful – and polarizing – address, Kerry claimed that “settlements” are the biggest obstacle to peace and the two-state solution.

Yet, just the opposite is the case. Settlements are not the biggest obstacle to peace – hostility and opposition to the settlements are.

The use of the word “settlements” is an obfuscation. The better terminology would be “Jewish neighbours,” and it is outrageous to suggest that allowing Jews to live in the biblical lands of Judea and Samaria alongside Palestinians in the West Bank is an obstacle to peace. Yet, that is, in essence, exactly what Kerry promoted during his address.

Since the inception of the State of Israel, anti-Zionists and anti-Israel activists have engaged in various campaigns aimed at demonizing and delegitimizing the Jewish State, falsely accusing Israel of violating international law, including the prohibition on transfers of population from an occupying state to the territory of an occupied state. Israel, however, has not violated that standard because a) the West Bank is not occupied territory and b) Jewish residents of Israel are not being forcefully transferred there.

Kerry is correct in that there is a connection between Jewish residents in the West Bank and the difficulty of establishing peace. That linkage, however, is incitement to hatred and terrorism, which often comes on the heels of the conversation on settlements. That incitement comes from anti-Zionists and the Palestinian leadership. In this scenario, the Israeli government is not at fault.

The Obama administration, for example, would never dream of insisting that African-Americans in the U.S. move out of white neighbourhoods because of the threat of violence they may face from bigots, or the need to protect them from these threats. In that same vein, it is hypocritical that Kerry insist Jews in the West Bank be considered any different.

One only has to look to Gaza to see the perversity of the linkage Kerry has made between the presence of Jewish residents and the absence of peace.  In 2005, the Government of Israel forcibly removed all Jews from Gaza, along with its own, partial, control. And we all know what came from that: a never-ending war between Hamas-led Gaza and Israel.

There is an obvious inconsistency between advocating for a Jewish state and a Palestinian state where residents can live side by side in harmony, and rejecting the notion that Jews and Arabs can live peacefully as neighbours in the West Bank.  Yet, in his Washington, DC, address, Kerry embraced that very inconsistency.

We cannot pave a road to peace in the Middle East unless the Palestinians are willing to accept Jews as their neighbours – both outside and inside the West Bank.  The real obstacle to peace is incitement, including, but far from limited to, the accusations of occupation and wrongful settlement.

Endorsing the wrongful settlement accusation and suggesting that the presence of Jewish neighbours is problematic takes us in exactly the opposite direction, away from peace.  If Kerry truly wanted to establish order, he should not have been fanning the flames of terrorism and war.

The Trump administration should say so.

David Matas is a Winnipeg lawyer and senior honorary counsel to B’nai Brith Canada.  He is author of the book: Aftershock: Anti-Zionism and Antisemitism.