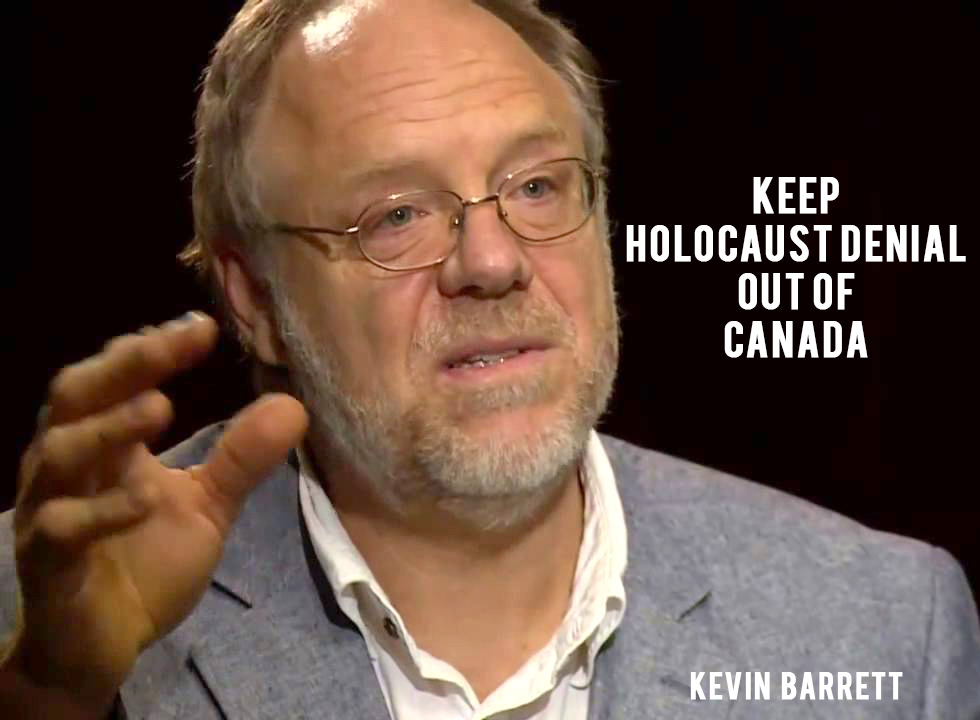 In a bid to protect Canada from foreign hate mongers, B'nai Brith is now calling on you to sign our petition to the Canada Border Services Agency demanding that Barrett be barred from entering this country.

Barrett confirmed his plan to speak at Queen's Park on June 24 during his weekly conspiracy-theory radio show False Flag Weekly News, which he co-hosts with suspended University of Lethbridge professor and fellow Holocaust denier Anthony Hall.

“This is both outrageous and unacceptable,” said Michael Mostyn, Chief Executive Officer of B'nai Brith Canada. “Inviting a notorious Holocaust denier to this event demonstrates once and for all that al-Quds Day is not a mere ‘anti-Israel’ event, but rather a hate rally designed to demonize and denigrate Canada’s Jewish population.