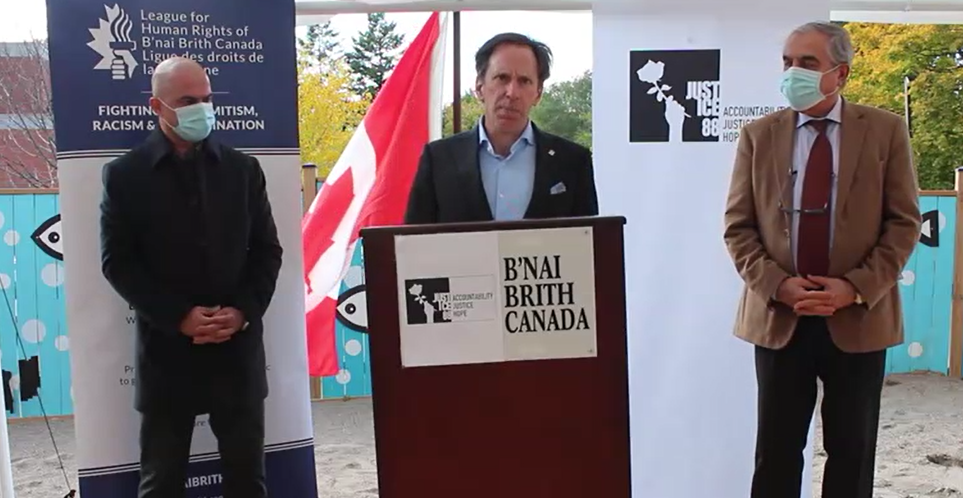 TORONTO - Representatives of the grassroots Jewish and Iranian communities came together yesterday for an event that celebrated the rich history and friendship of the two communities.

Speakers at the event also called for concrete action to be taken by the Canadian government in order to combat the brutal Iranian regime and its support of terrorism around the world.

One of the speakers was Shahin Moghaddam, husband and father of victims of the Ukraine International Airlines Flight 752 that was tragically shot down by Iran's IRGC earlier this year. Another speaker was Roya Hakakian, an Iranian-American writer, poet, and co-founder of the Iran Human Rights Documentation Centre in Connecticut.

To watch the full video of the event, click here.

Speakers shared inspiring stories and anecdotes about Iranian-Jewish coexistence and friendship spanning from ancient times right up to the present day. Speakers also shared tragic details of ways that the current Iranian regime has harmed members of both communities, calling for change and aspiring to a brighter future.

The organizations launched a petition calling on the Canadian government to take new, concrete steps to combat the Iranian regime's ability to continue its horrific practices which include terrorism in the Middle East and around the world, as well as brutally persecuting religious minorities, members of the LGBTQ community and political dissidents.

That is why the joint petition calls on the government of Canada to demand compensation and transparency for the families of Canadian victims of the Flight 752 tragedy, to list Iran's Islamic Revolutionary Guard Corps (IRGC) in its entirety as a terrorist entity, and to apply the Magnitsky Act to Iranian human rights abusers so that they face sanctions.