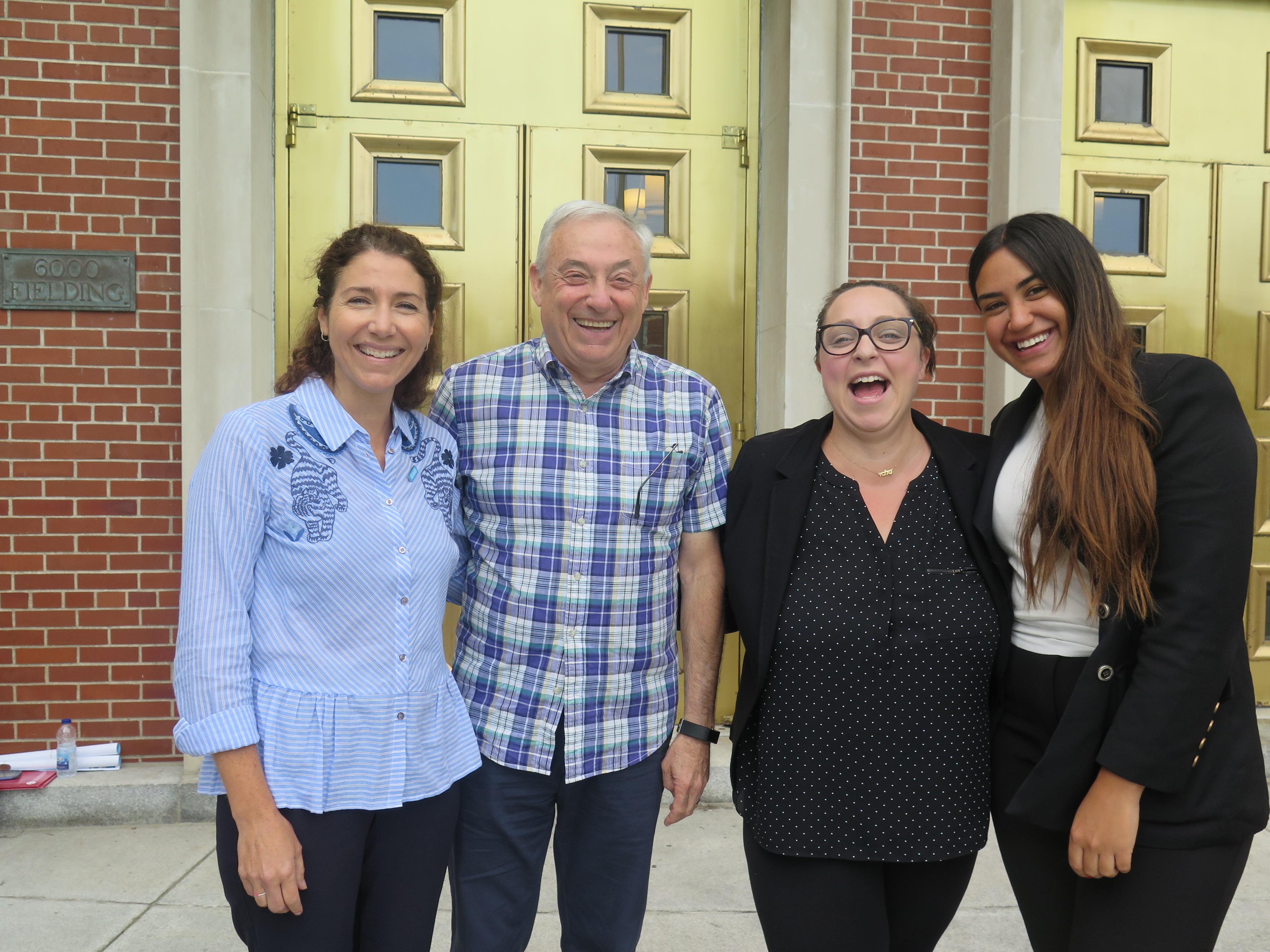 With the Oct. 1 Quebec elections only a few weeks away, polls still predict a tight race between the governing Liberal Party and the opposition Coalition Avenir Québec (CAQ).

If the CAQ does come to power, the question has been raised as to whether they will have any elected members on the island of Montreal, something they have never been able to achieve. In the provincial Liberal stronghold of D’Arcy McGee, CAQ candidate Mélodie Cohn recognizes the challenge she has against incumbent David Birnbaum.

Cohn and Laura Azeroual, running in West Island Robert Baldwin, are the only Jewish candidates under the banner of CAQ leader Francois Legault. Legault, a former separatist cabinet minister for the Parti Québecois who no longer believes in breaking up the country, has been avidly courting the English-speaking community, though many have concerns about his polices on education and immigration.

Regarding the former, his plan to reform school boards and abolish their present-day  elected representatives has not played well due to a lack of clarity.

Born and raised in the suburbs of Montreal, Cohn graduated with a double major in Political Science and attended the School of Community Public Policy and Affairs at Concordia University. She is passionate about food, tea and coffee, eco-talk, community economic development and initiatives that help make the world a better place. “I really like good-dooers,” she said.

Cohn, who ran for a seat on Côte Saint-Luc City Council last year (full disclosure: I was her opponent), works as a freelance social media manager and writer, collaborating with food companies, nonprofits, and groups in the performing arts, education and fashion industries. One of her clients is Israeli firm Keren Brown Media.

So why did this young mother decide to run for the CAQ?

“Many people in the community encouraged me to run,” she said in an interview with B’nai Brith Canada. “I have always been concerned about the future of families, and this inspired my run for councillor during the municipal elections. When I looked at the provincial elections, I felt that the CAQ had the best platform when it came to families and this motivated my decision to run.”

As for the the Jewish community in D'Arcy McGee, Cohn noted that it is a vibrant mix of both seniors and young families. “I feel that our platform has the best policies for both, and our proposals include increased services for seniors, more support for caregivers, and facilitating access to childcare,” she said.

“The CAQ  has been very warm and welcoming to me as a Jewish anglophone. We are committed to the provision of social services to all Quebecers which, most importantly, includes access to English-language services.”