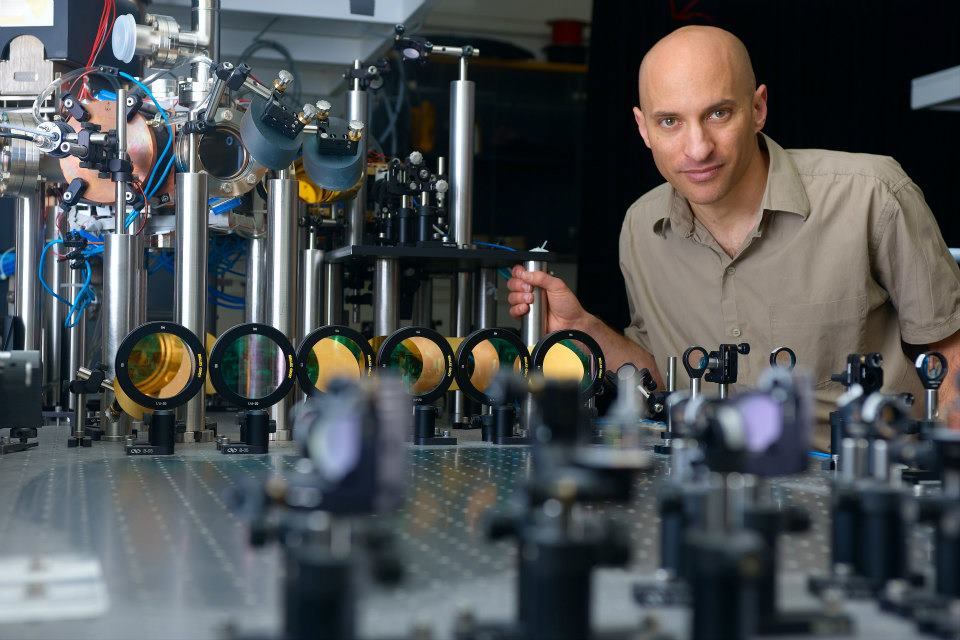 The road to validating the hypothesis began last year when Steinhauer and his research team at Technion, the Israel Institute of Technology, conducted an experiment to verify Hawking's research. And after a year of intense academic peer-review work, Steinhauer's findings have been accepted by the scientific community.

Black holes absorb all energy in their event horizon but following that physicists did not know what happens next. Stephen Hawking, the leading physicist in the field, hypothesized that black holes are not inescapable pits for energy but instead they are slowly evaporating taking small particles of the absorbed energy with them until it evaporates completely.

Hawking's controversial, 42-year-old hypothesis mathematically makes sense, however, it has been impossible to test since no scientist could send testing equipment near a black hole nor detect the light particles. Steinhauer and his team simulated a black hole in Technion's Atomic Physics Laboratory. He super-cooled helium to almost absolute zero, then quickly heated the center to make a sound-blocking barrier, this simulated the event horizon of a black hole.

Stephen Hawking is likely to win a Nobel prize for his recently proven theory. This is ironic, because in May 2013, Hawking joined an academic boycott of Israel in protest of 'Israel's treatment of Palestinians'. He decided to boycott all Israeli academic institutions "based upon his knowledge of Palestine, and on the unanimous advice of his own academic contacts there."

Noam Chomsky, an influential American linguist/philosopher/political critic, was one of the academics who lobbied Hawking to boycott Israeli academic institutions. Noam Chomsky is an outspoken critic of Israel and a supporter of the boycott and sanctions movement against the Jewish state. Hawking was criticized for his choice to join the academic boycott. David Newman, the dean of the faculty of humanities and social sciences at Ben Gurion University of the Negev in Israel sent a letter to Hawking in response to his decision to boycott. The letter, written in May 2013, warned him that an academic boycott "just destroys one of the very few spaces left where Israelis and Palestinians actually do come together."

"There are certain areas that are above political boycotts whatever your political positions are," Newman said. "Scientific co-operation is one of those particularly when you think of the wider benefits of science on the whole. In this context, universities are among the few spaces in Israel-Palestine where, even in these difficult times, there is some sort of dialogue and co-operation."