MONTREAL – A Montreal-born rabbi and life-long hockey fan of the Montreal Canadiens had the thrill of a lifetime last week as the winner of the Bring Home the Biggest Fan Contest.

Joshua Halickman, better known as the Sports Rabbi, has been living in Jerusalem for the past 14 years with his wife and three sons. Despite being thousands of kilometres away, he has remained a devoted fan of his beloved Habs.

“As an avid Habs supporter, I have listened to almost every game in the middle of the night on my iPad since making aliyah to Israel in 2004,” Halickman said.

The Bring Home the Biggest Fan Contest is sponsored by Air Canada and the Canadiens. More than 500 people reportedly applied for the chance to attend the March 15 game at the Bell Centre between the Canadiens and reigning Stanley Cup champions the Pittsburgh Penguins. Not only did this include two tickets with seating in the exclusive Desjardins section, but also round-trip airfare, accommodations at a four-star downtown Montreal hotel, two autographed authentic replica Canadiens jerseys, a pre-game arena tour and a number of other unique game-day exclusive experiences. 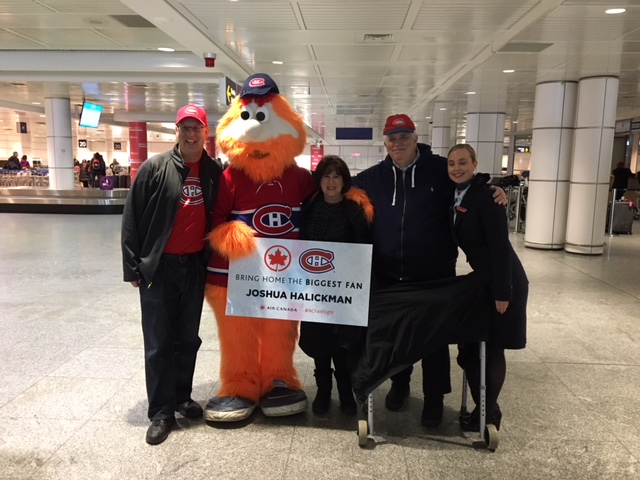 Halickman, with his parents, an Air Canada representative and Habs mascot Youppi!, is given a warm welcome at the airport.

It was Melvin Halickman, Joshua’s father, who submitted the application. He received the positive news within a week.

Joshua Halickman was welcomed at the airport by the Habs’ popular mascot, Youppi! He was then whisked to the Canadiens training centre in South Shore Brossard. The day after the game he received a private tour of the Bell Centre. 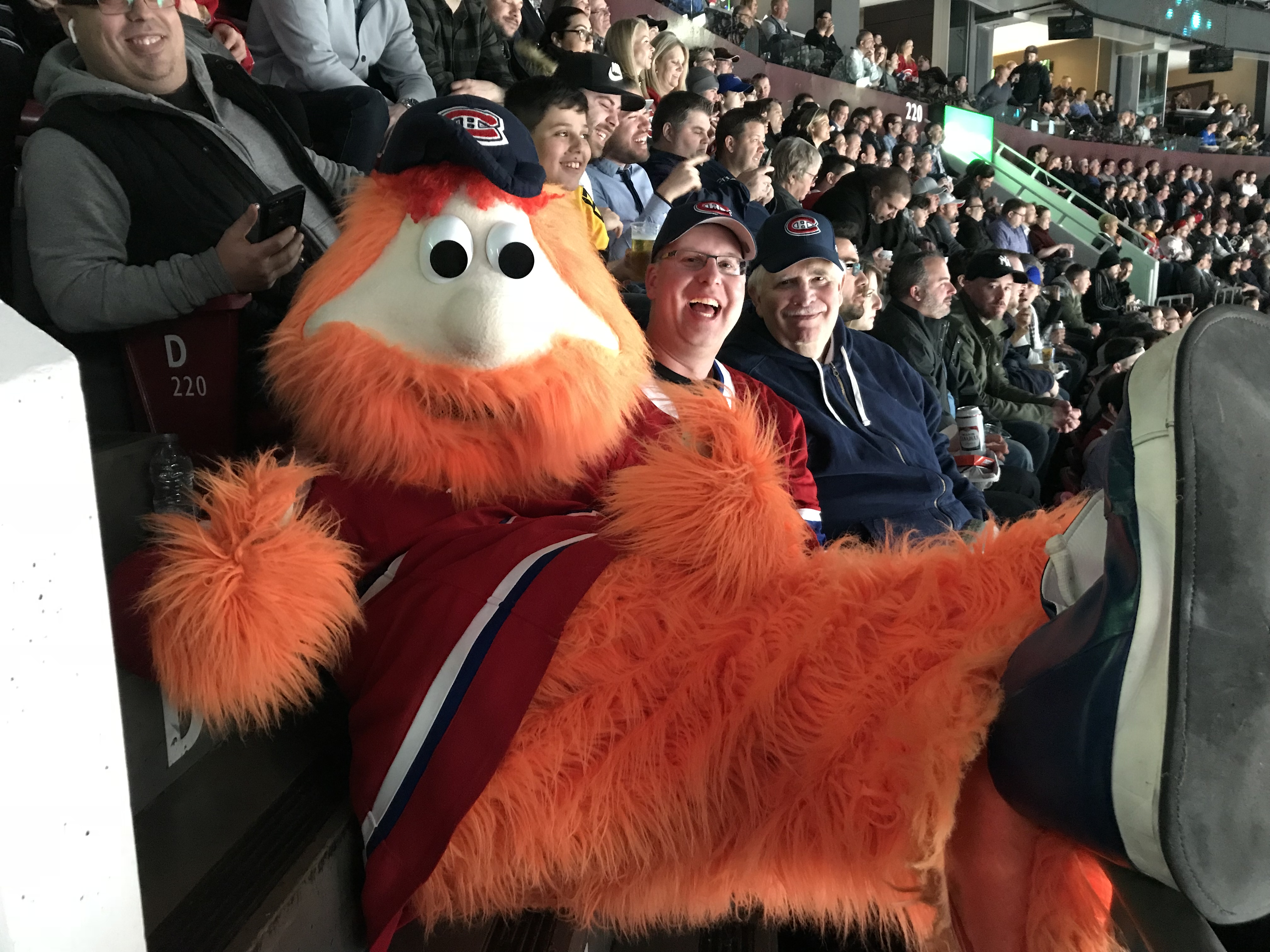 Halickman and his dad in the crowd

There were several highlights for Halickman, beginning with him and his dad being showcased on the large scoreboard during the game. The Canadiens lost 5-3, but he still got to meet a player in rugged forward Nicolas Deslauriers. He was also able to make his way to the press box and meet radio commentators Dan Robertson and Sergio Momesso, whom he listens to religiously.

“The Canadiens and Air Canada were first-class all the way,” said Halickman, who works as a fundraiser for the Maccabi Tel Aviv soccer team in Israel and hosts a popular sports-themed web radio show called The Sports Rabbi. “My dad was in a wheelchair and they made sure we had a parking spot near the elevator. The guide pushing the wheelchair was of the highest caliber. Every single detail was attended to with the utmost care.” 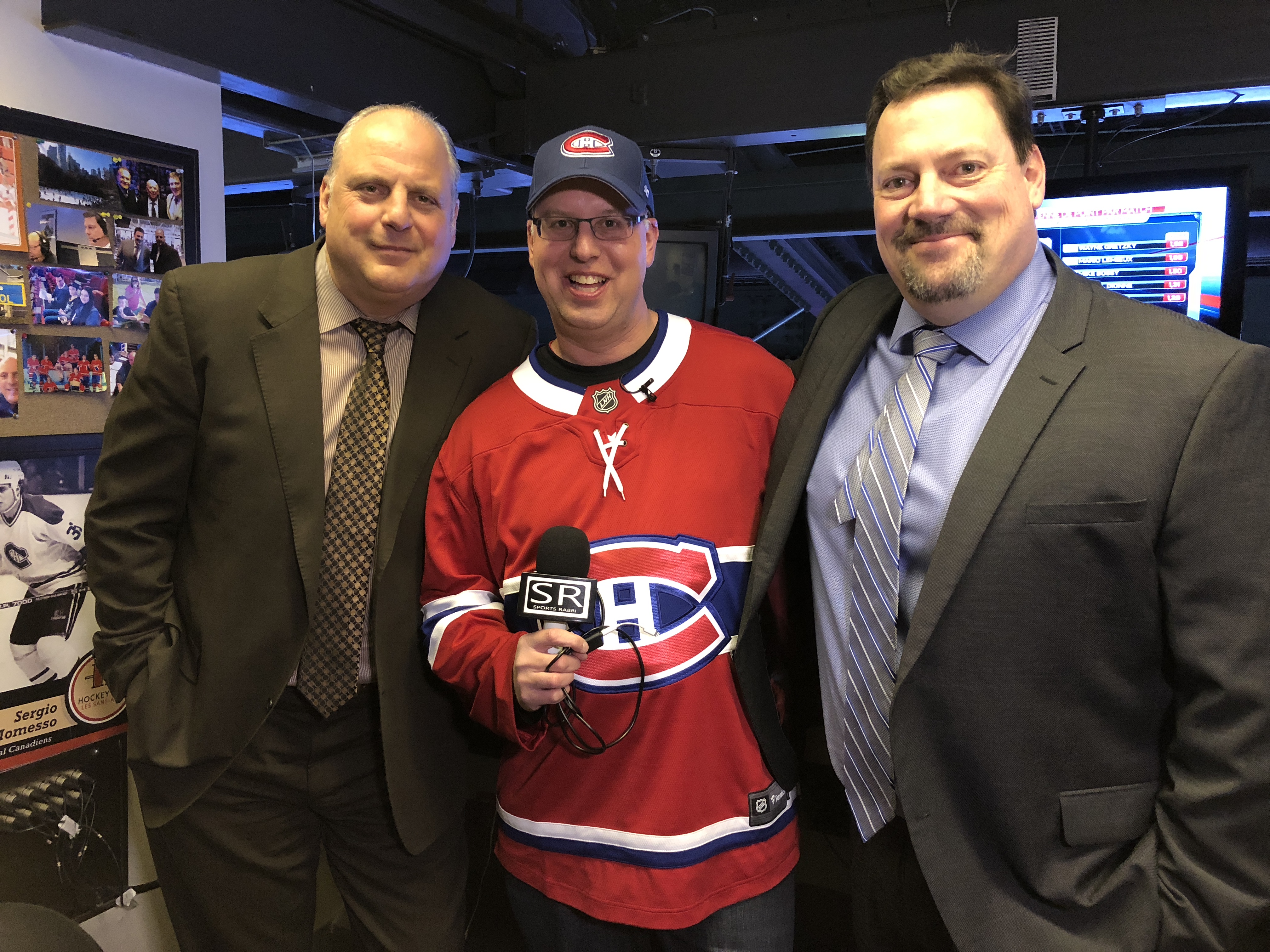 In the Desjardins section, fans can eat as much as they want from the concession stands as part of their ticket price. That, however, was not an option for the Halickmans. “The Canadiens thought of that too,” he said. “They made sure we had kosher food from a local kosher restaurant.”

Halickman also dropped by a live taping of a TSN 690 special St. Patrick’s Day celebration to meet the many on-air personalities he listens to regularly and corresponds with via Twitter. In attendance was Canadiens owner Geoff Molson. “I introduced myself and personally thanked him for the experience,” he said.

Halickman has an idea for the Jewish commissioner of the NHL, Gary Bettman. “We have a large basketball arena in Tel Aviv that was used for hockey during the Maccabiah Games,” he said. “The NHL is having exhibition games in Europe and China. Why not Israel?” 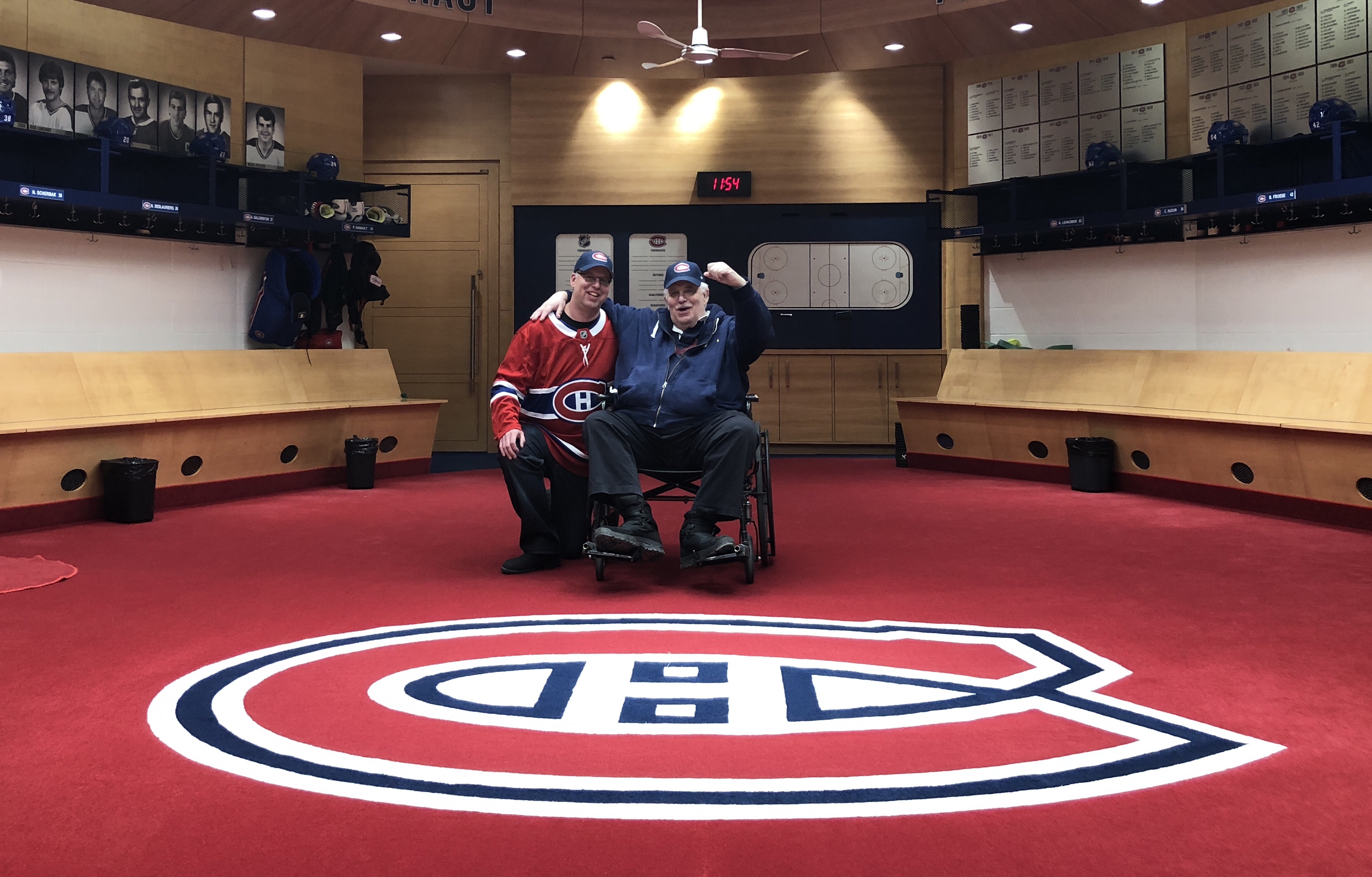 Halickman and his dad in the Habs dressing room

You can listen to Halickman, a.k.a. The Sports Rabbi, online at http://www.sportsrabbi.com.