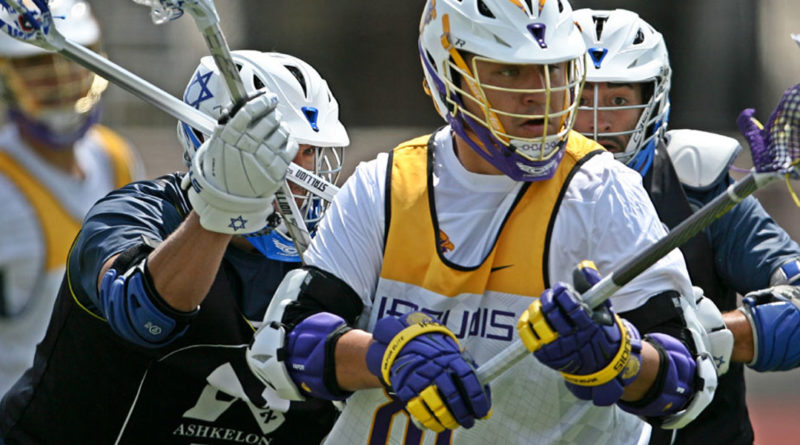 TORONTO – The Iroquois National Lacrosse Team has touched down in Israel for the World Men’s Lacrosse Championships, defying the protests of anti-Israel campaigners.

The Iroquois Team, composed of players from the indigenous Haudenosaunee Confederacy, founded centuries before the European colonization of North America, is one of the world’s lacrosse powerhouses. It garnered the bronze medal at the previous world championships. The sport of lacrosse has its origins among the Iroquois, who refer to it as “the Creator’s Game.”

The Iroquois Team travels on its own indigenous passports. Team members were forced to forfeit their matches at the 2010 world championships, after the host United Kingdom refused to accept their entry documents. Israel, by contrast, has chosen to accept the Iroquois passports after high-level discussions with the Government of Canada. B’nai Brith Canada was contacted by the tournament hosts during this process, and quickly verified that the Canadian Embassy in Israel was engaged.

“B’nai Brith welcomes the participation of the Iroquois National Lacrosse Team in this week’s world championships in Israel,” said Michael Mostyn, Chief Executive Officer of B’nai Brith Canada. “Lacrosse and other sports serve as a great vehicle for bringing nations together.

“We hope that the tournament serves to strengthen the bonds between the indigenous Jewish People in the Land of Israel, and the indigenous Iroquois Confederacy across the Atlantic.”

“The Israel Lacrosse Association is excited to have the opportunity to host the Iroquois National Team in Israel at the 2018 FIL Men's World Lacrosse Championships,” added David Lasday, Chief Operating Officer of the Israel Lacrosse Association. “The Iroquois are not only the creators of the game – they are also one of the top teams in the world with some of the most exciting and influential players.

“We look forward to these players becoming ambassadors for our country and sharing with the world the true Israel. While in Israel, the Iroquois National team will tour Jerusalem and hold a coexistence lacrosse clinic for Arab and Jewish youth.”

Last week, the Palestinian Campaign for the Academic Boycott of Israel posted an open letter asking the Iroquois Team to boycott the tournament, but the indigenous sportsmen rebuffed the offer.

In April, the Seneca Nation, one of six groups that comprise the Iroquois Confederacy, officially marked Israel’s Independence Day, issuing a proclamation that “the Seneca Nation and the State of Israel share in common a passion for freedom and a willingness to fight for and defend our sovereignty and our shared right to be a free and independent people.”

BDS Iroquois Nationals Lacrosse World Men's Lacrosse Championships
Published : Jul 12, 2018
Do you like this post?
Tweet
Have you experienced antisemitism, racism or discrimination? Report an Incident