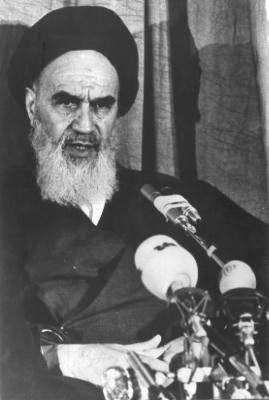 With the recent signing of the P5+1 nuclear deal, Iran has gained a measure of legitimacy to its antisemitic and hateful rhetoric, allowing it to be seen as a legitimate player on the world stage, and putting Israel and the Jewish people at greater risk.

The Iran nuclear agreement, formally called the ‘Joint Comprehensive Plan of Action’, between Iran on one side and the five permanent members of the Security Council, Germany and European Union on the other, signed July 14, 2015, falls substantially short of being a ‘good deal’. The agreement provides Iran with a financial windfall, via the lifting of sanctions, estimated at $150 billion. Given Iran’s history, this money will almost certainly be used, at least in part, to fund terrorism. The countries that have the most to lose from nuclear weapons development by Iran (Saudi Arabia and Israel) are both against this deal. They rarely agree on anything, so their opposition should tell us something.

An important component missing from the current Iran deal is any commitment to human rights. This deal misses a critical opportunity to hold Iran accountable for human rights abuses. The agreement itself, while not specifically aimed at human rights, could have provided the perfect opportunity to hold the notoriously violent and volatile regime accountable. The fact that this was not included when drafting an agreement is simply incomprehensible.

Finally, having no deal with Iran would be better than the deal as it exists currently, even though it would mean that Iran could continue trying to obtain nuclear weapons. The current agreement allows 24 day notice for all inspections by the International Atomic Energy Agency. This is simply unacceptable. The deal fails to address the context of Iran as a terrorist state, one who has consistently lied, and one who has been working on a nuclear weapons program since 1979. The temporary nature of such a deal will not be a deterrent to a regime that has waited more than 30 years already to realize its nuclear ambitions.

In light of this new deal, it is even more important that Canada speak out against Khomeini-ist elements here at home.  The annual Al Qud’s Day rally is a prime example of this type of hate-speech, and B’nai Brith has been actively campaigning to ensure that Khomeini-ist propaganda no longer be seen as sanctioned by any Canadian government or agency.

Iran
Have you experienced antisemitism, racism or discrimination? Report an Incident