In 70 Years Since UN Partition Plan for Palestine, Arabs Continue to Say ‘No’ to Peace

Seventy years ago today, the UN General Assembly adopted Resolution 181, calling for the partition of Mandatory Palestine into Jewish and Arab states. Despite that the proposed Jewish state had territorial limits, the Jewish Agency for Palestine accepted the plan. Arab leaders and governments, however, unequivocally refused on principle.

“The Arab world is not in a compromising mood,” Arab League Secretary Azzam Pasha told Jewish spokesperson David Horowitz at the time. “It’s likely, Mr. Horowitz, that your plan is rational and logical, but the fate of nations is not decided by rational logic. Nations never concede; they fight. You won’t get anything by peaceful means or compromise.”

This was not the first time the Arabs said no to a Palestinian state (nor would it be the last). In fact, a decade prior, the British had proposed a partition plan where they would have received a much larger share of the territory as opposed to their Jewish counterparts.

The Jews accepted the plan; the Arabs refused.

Two years later, the British government under Neville Chamberlain issued The White Paper of 1939, calling for the establishment of a Jewish national home in an independent Palestinian state.

The Grand Mufti Haj Amin Eff el Husseini, on behalf of Palestinian-Arabs in the area, rejected it – again, on principle.

On May 15, 1948, six months after Resolution 181 and a day after the establishment of the modern State of Israel, the armies of four Arab countries invaded the day-old state and began the 1948 Arab-Israeli War. Even then, Arab leaders preferred bloodshed over making a lasting peace with the Jewish neighbours who’ve had a storied presence in the land for thousands of years.

As a result of the Arabs’ refusal to accept a Jewish state, and due to ongoing battles between Arab armies and Israel, an estimated 750,000 Palestinian Arabs would become refugees. Today, the Palestinian refugee crisis remains a significant issue in the human rights arena, one that often results in criticism of Israel. (Interestingly, it rarely results in condemnation of Lebanon, where an estimated 450,000 Palestinians, representing an estimated ten per cent of its population, do not enjoy equal rights).

But there’s one narrative that rarely sees any play in the media: the story of the approximately 850,000 Jewish refugees who, following Israel’s creation, were subjected to antisemitism, discrimination, and systemic abuse. These Jews from Arab Lands and Iran were forced to flee their homes, many times leaving with nothing but the clothes on their backs.

Today, these refugees are honoured on Jewish Refugee Day in Israel, intentionally held on Nov. 30, one day after the UN Partition Plan for Palestine. But the narrative is otherwise completely overlooked and even refuted by anti-Israel naysayers. This epitomizes the reality of the landscape of anti-Israel activism: you can literally make up stories in an effort to delegitimize Israel. That’s why BDS activists support the notion that Jews aren’t indigenous, why UNESCO refuses to refer to historical Jewish sites by their Jewish names, or why Roger Waters compares the Israeli government to the murderous Nazi regime.

It’s also why Palestinian activists don’t equally condemn the actions of Palestinian leaders as they do Israeli leaders.

Actions like the Arabs’ rejection of the Khartoum Resolutions in 1967, following the Six Day War, where Israel offered to give up the land it had conquered in order to establish a real and meaningful peace. Again, the Arabs rejected the offer, adopting the vigorous “Three No’s” stance they continue to uphold today: no peace with Israel, no recognition of Israel and no negotiations with Israel.

Or like in 2000 at the Camp David Summit, when U.S. President Bill Clinton thought he brokered a peace deal between Prime Minister Ehud Barak and Palestinian Authority chairman Yasser Arafat. In that plan, Israel offered all of the Gaza Strip, at least 94 per cent of the West Bank, and future considerations. It even gave the Arabs control over holy sites like the Temple Mount, the holiest site in Judaism and third-holiest to Islam. The future Palestinian state would also receive $30 billion in compensation. 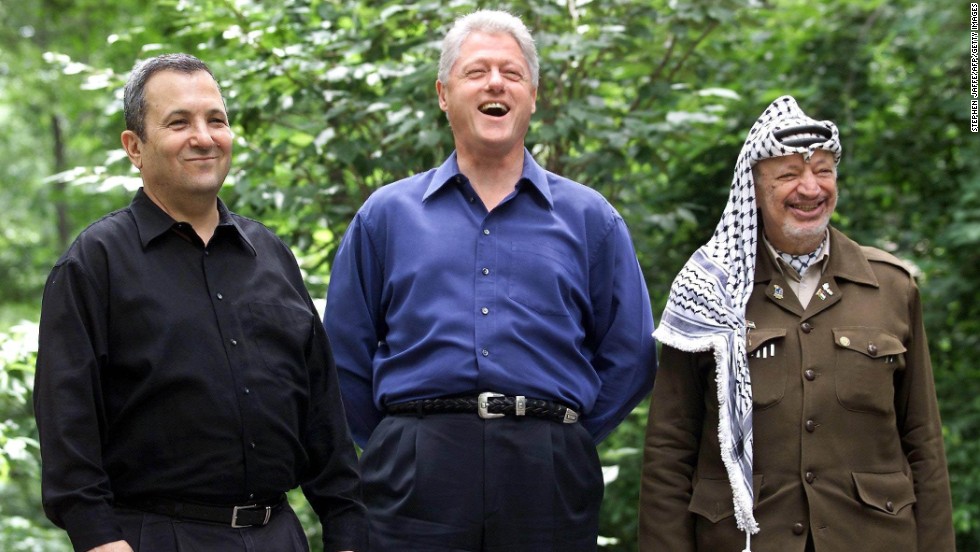 The Jews accepted the plan; the Arabs refused. “I regret that in 2000 Arafat missed the opportunity to bring that nation into being,” a bewildered Clinton said at the time. In response, Arafat’s translator told him, “If he wants me to sign this deal, it means he wants to issue an open invitation to my funeral, because I will die at the hand of my own people.” Just as Arab supporters of Zionism today are publicly ostracized, Arafat likely would have seen his demise had he pushed for Palestinian statehood, like with Egypt’s Anwar Sadat after approving Egypt’s peace treaty with Israel in 1979.

He was assassinated shortly after.

Sadat’s murder illustrates the obstacles facing Palestinian leaders who want to actually establish peace with Israel. But it also points to the unwillingness of anti-Israel activists to address the overwhelming failures of Palestinian leaders in supporting their own people.

In 2008, then Israeli Prime Minister Ehud Olmert met with Palestinian President Mahmoud Abbas and presented a comprehensive peace plan. Olmert's plan would have seen Jerusalem divided between the two nations, and given the Palestinians equal territory in exchange for major Israeli settlements as well as 97 per cent of the West Bank.

The Jews accepted the plan; the Arabs refused… Wait, is anyone else beginning to see a pattern here?

Daniel Koren is the Media Coordinator at B'nai Brith Canada. He has written extensively on issues pertaining to Jewish culture and the Arab-Israeli conflict.