SIGN OUR PETITION: Hamas Has Praised the Murder of an Infant Child. Is the UN Ready to Condemn Now? 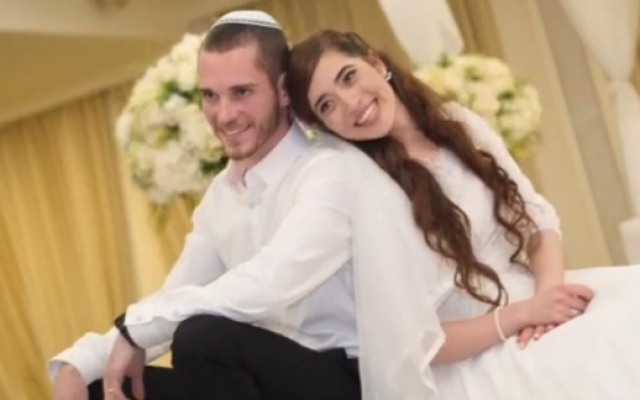 On Wednesday, the son of Canadian-Israeli Amichai Ish-Ran (left) and his wife Shira (right) passed away after fighting for his life

Within hours of this vicious attack, Hamas – the terrorist organization that rules the Gaza Strip with an iron fist – issued a statement lauding the terrorists as “heroes” and urged other Palestinians to follow suit.

Today, the unimaginable happened: the baby of Shira and Amichai Ish-Ran has died, murdered in cold blood by Palestinian terrorists, earning them the praise of the Hamas terrorist organization.

The baby of Canadian-Israeli Amichai Ish-Ran and his wife Shira, both of whom are recovering in hospital after a #WestBank terror attack, has died after fighting for his life. Our thoughts & prayers are with the Ish-Ran family. May his memory be a blessing. https://t.co/2Lli3JsWmi

Yet, when presented with an historic first opportunity to condemn Hamas, as well as Islamic Jihad and other terrorist organizations in the Gaza Strip, the United Nations General Assembly (UNGA) voted against denouncing Palestinian terror.

Thanks to a procedural roadblock put in place by Kuwait, the vote (sponsored by the United States) required a two-thirds majority to pass, illustrating another instance of anti-Israel bias at the UN. At that same session, a resolution tabled by Ireland was passed without any discussion of a two-thirds majority. Days before the vote, the UNGA passed several resolutions under the same agenda item attacking Israel – with no similar two-thirds majority requirement.

If you too are frustrated with the anti-Israel bias at the UN, and that even a motion condemning a genocidal terrorist organization could not pass, please SIGN OUR PETITION to UN Secretary-General Antonio Guterres.

Since its founding in 1987, Hamas has praised every single terrorist attack on Israeli soil, even those resulting in Palestinian casualties. It was Hamas that led the charge in using suicide bombings against Israel in the 1990s, that executed members of competing political factions by “tossing handcuffed prisoners off tall apartment towers,” that claimed responsibility for killing 69 Israelis in four separate suicide bombings over a 10-day period in 1996, that bombed a pizza shop in Jerusalem that took the lives of 15 people (mostly children) in 2001, that bombed a Passover seder in 2002 that left 30 dead and 140 injured, and hundreds of similar incidents.

It is Hamas that continues to indiscriminately target Israeli civilians, Jewish and non-Jewish alike, in its ongoing crusade against justice and human rights.

The vote on condemning Hamas was 86 in favour, 57 against, and 33 abstentions. B’nai Brith Canada commends the Government of Canada for voting in favour of the resolution and for heeding the concerns addressed in its paper, Anti-Israel Bias at the United Nations: What Actions Can Canada Take?, which speaks to the  “chronic one-sidedness” of the UN.

The paper also includes recommendations on what Canada can do to eliminate this bias, including that:

For more information, please read the paper in its entirety here. To sign our petition to Secretary-General Guterres, click on the button below.