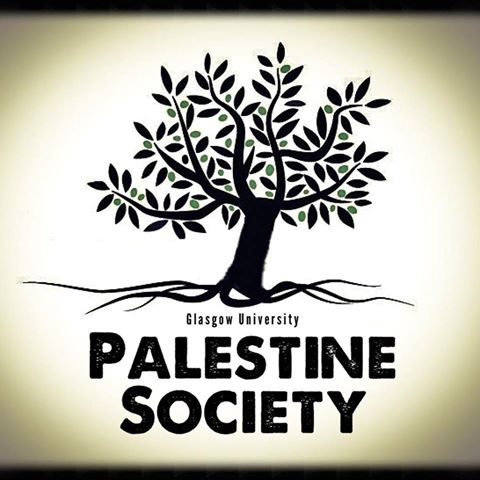 The Algemeiner reported on Friday that a pro-Palestinian student group at the University of Glasgow is under investigation by university administration, after publicizing a Facebook post that justified the recent terror attacks in Tel Aviv.

"As stated so many times: when you oppress a people, suppress their basic human rights and freedom of movement, steal their land and natural resources, demolish their homes, murder their families, enforce discriminatory and apartheid laws upon them, do not bring to justice those who attack them - then this is the outcome," ending with a call for Israel to "end these despicable practices of brutal military occupation NOW!!" 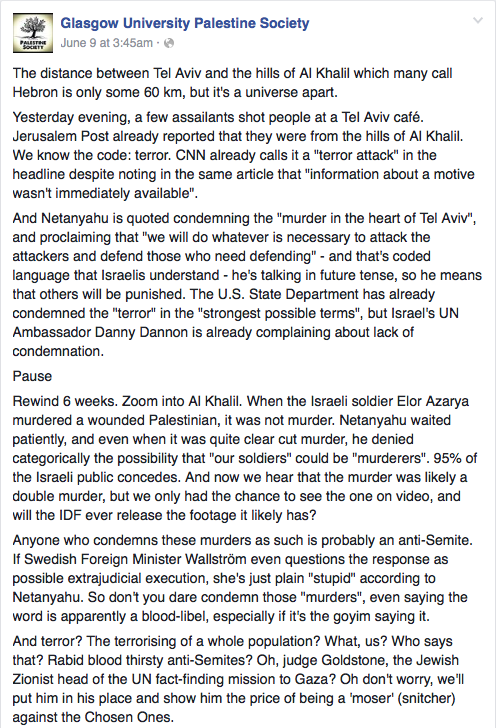 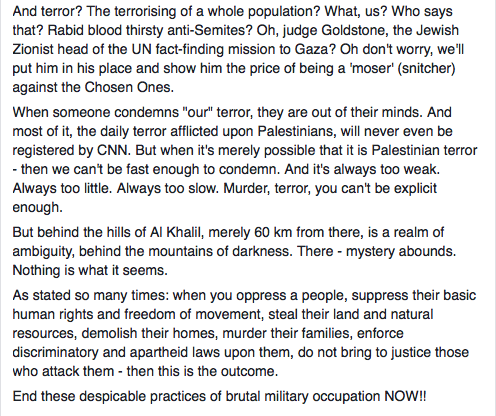