While making the rounds on my usual websites this week, I stumbled upon a couple of articles about a controversial new program in Germany: “Rent-a-Jew.”

Organized by the European Janusz Korczak Academy in Munich, the program’s name and tagline – “You never forget your first” – are intentionally provocative, meant to spark conversation. So while it sounds like you’re paying to borrow a member of the Jewish community, in reality you’re hiring the group to lead seminars for private or educational groups.

The seminars are meant to be an opportunity for non-Jews to interact and socialize with the Jewish community. Ask any questions they may have about Jewish life, from worship and festivals to ancestry and even food. And, ultimately, eliminate prejudices. According to one of the group’s members quoted in the articles, “We want to give people the chance to talk to the Jewish community. We want them to see that we’re completely normal people.”

When I first read the headline, “Rent-a-Jew project hopes to ward off antisemitism in Germany,” I was more than skeptical and thought it sounded like a horrible program. Once I read the article, however, and learned how the program works, I was sold.

The program is still too new to be able to explore whether it has contributed to any kind of decline in antisemitic hate crimes (and, frankly, because of the nature of the program it will probably be impossible to ever quantify its results), but I argue that a similar program could be put to good use here in Canada. As noted in the article, Germany has the world’s fastest-growing Jewish population, but many Germans have never met a Jewish person. 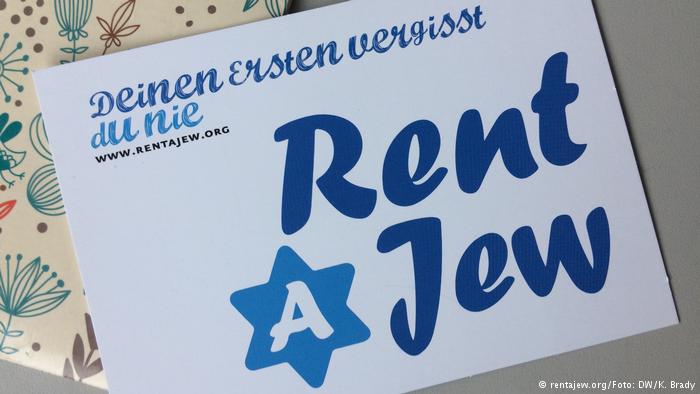 My small city of Sault Ste. Marie in Northern Ontario is a shining example of the way a lack of interaction leads to prejudice. According to the 2011 census, of the total population of 73,625 people in Sault Ste. Marie, only 7,955 are considered minorities. And, having lived in this city for nearly 30 years, I’ve overheard or been a part of more conversations than I care to remember in which residents’ anti-minority prejudices were made plain.

Similarly, the Jewish population in Sault Ste. Marie is tiny (fewer than 200 people), so it’s safe to say that the vast majority of Saultites have never met even a single member of the Jewish community. Introduction of a program like “Rent-a-Jew” could no doubt do much to help quell the further development of antisemitic sentiment, or even just ignorance about Judaism, particularly if the program visited  and high schools, or summer camps. Teaching kids early on that there are many different religions and ways of life will do much to prevent the development of the anger or disdain that often comes with ignorance.

As another member of the “Rent-a-Jew” program commented, “Dialogue is key to any problem. Instead of talking about one another, we need to be talking with one another.” This is perhaps the best advice when it comes to breaking down walls within society and eliminating unnecessary hatred and fear.