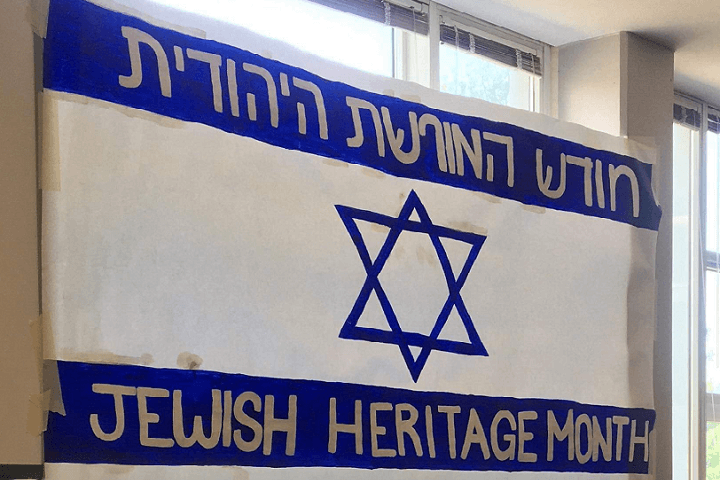 TORONTO – A student who attended Forest Hill Collegiate Institute in Toronto says the high school has a history of adversely affecting Jewish students when it comes to Jewish cultural events. This follows B’nai Brith Canada’s revelation earlier Wednesday that the school removed a publicly displayed banner that was made by students for Jewish Heritage Month.

The student, who wished to remain anonymous, told B’nai Brith Canada they had a lead role in organizing the annual Holocaust Remembrance Assembly last year. The date of the assembly, which was decided by the administration and only communicated to students three weeks prior, fell during the March of the Living, a trip that brings Jewish students in Grade 11 to Poland and Israel to explore the history of the Holocaust.

The student said many Holocaust survivors who ordinarily speak at such events would have been attending the March, and so it was difficult to secure a speaker for the assembly. The student alleged that when they brought this issue to an administrator at the school, they said, “Clearly, you don’t care about the Holocaust or this wouldn’t be an issue.”

According to the student, the administration refused to move the assembly so that it would not conflict with the March of the Living and even threatened to cancel it.

The administration also forbade students from discussing gas chambers and other events of the Holocaust during the assembly, the student said, and even prohibited certain images that were “too graphic” to be shown, such as Jews’ heads being shaved. “I didn’t understand why I was told to hide and not talk about true events,” the student said.

The student alleged that the same administrator told them to put a “positive twist” on the event and make it a “happy celebration,” as well as compare the Holocaust to current events in Syria.

“If they expect to give no support… then they can’t censor me like this,” the student said. “They can’t tell me what’s right and wrong, and take my work and diminish it, because that’s not something that would be done to any other ethnic group.”

“There are so many clubs at Forest Hill that celebrate all backgrounds but it just seems like ours is constantly targeted at the school,” they said.

The student said they were not surprised the administration had taken down the banner celebrating Jewish Heritage Month. “It’s just ignorance,” they said. “The Israeli flag is more than just representing the government and the IDF. It represents the Jewish people, it represents Holocaust survivors, it represents so much more than a country.”

B’nai Brith has reached out to the administration for comment, but it has yet to reply.