Foodbenders – Sensible Ways You Can Help 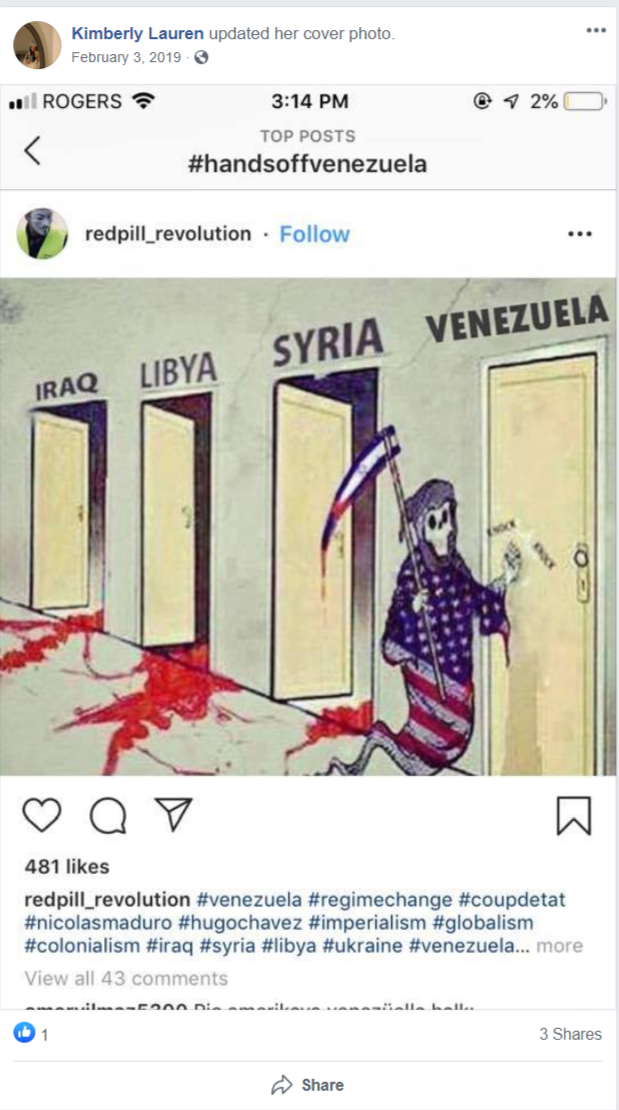 An antisemitic image posted to Facebook by the owner of Foodbenders

Foodbenders, located in the Bloordale neighbourhood of Toronto, has previously landed itself in hot water for proclaiming “F@ck the Police” on a sandwich board outside the shop. But in recent weeks, it has turned its ire toward the Jewish community as well.

On Instagram, the company has announced: “#zionistsnotwelcome.” Zionism is the belief that there ought to be a Jewish State situated in the Land of Israel, the indigenous Jewish homeland. The 2018 Survey of Jews in Canada, conducted by Environics Research, York University and the University of Toronto, notes that Zionism is “the normative form of Canadian Jewish identification.” Foodbenders has further alleged that “Zionists are Nazis.”

Finally, Foodbenders has glorified Leila Khaled, who hijacked two planes in 1969-1970 as a member of the Popular Front for the Liberation of Palestine (PFLP). The PFLP is a designated terrorist entity in Canada.

“The sentiments expressed by Foodbenders and its owner are hateful and deplorable, and have no place in the Canadian food industry,” said Michael Mostyn, Chief Executive Officer of B’nai Brith Canada. “Together, acting within the boundaries of the law, we can ensure that there are real consequences for this behaviour.”

If you want to help in combating this phenomenon, here are some easy steps you can take:

1.   Contact Uber Eats and Doordash to request that they cease delivering Foodbenders products until the company renounces antisemitism and apologizes for its conduct. The best way to reach them is on Twitter, at @Uber_Canada and @DoorDash.

2.   Email local City Councillor Ana Bailão (councillor_bailao@toronto.ca), MPP Marit Stiles (MStiles-CO@ndp.on.ca) and MP Julie Dzerowicz (Julie.Dzerowicz@parl.gc.ca) to encourage them to speak out against hatred in their community. Feel free to copy us at communications@bnaibrith.ca.

3.   Contact 311@toronto.ca to request that Foodbenders have its business license investigated. Be sure to mention section 27 of By-law No. 574-2000, which prohibits the use of a licensed business to “discriminate against any member of the public” on grounds of “race, colour, or creed.” Attach screenshots if you can.