“This individual was employed as a supervised resident at our hospital from July to September 2018. She is no longer working at Cleveland Clinic,” the organization said in a statement. “In no way do these beliefs reflect those of our organization. We fully embrace diversity, inclusion, and a culture of safety and respect across our entire health system.”

“Further proof that Israel is more about hatred and white supremacy than it is about world Jewry, in case you didn’t know,” she tweeted in August 2017.

Kollab has also trivialized the Holocaust and defended the Palestinian terrorist group Hamas.

“I don’t mean to sound insensitive but I have a REALLY hard time feeling bad about Holocaust seeing as the ppl who were in it now kill my ppl,” she tweeted in October 2012.

“Realize that Hamas was created in response to decades of brutal oppression with stated goal of ending that oppression,” she tweeted in July 2014. 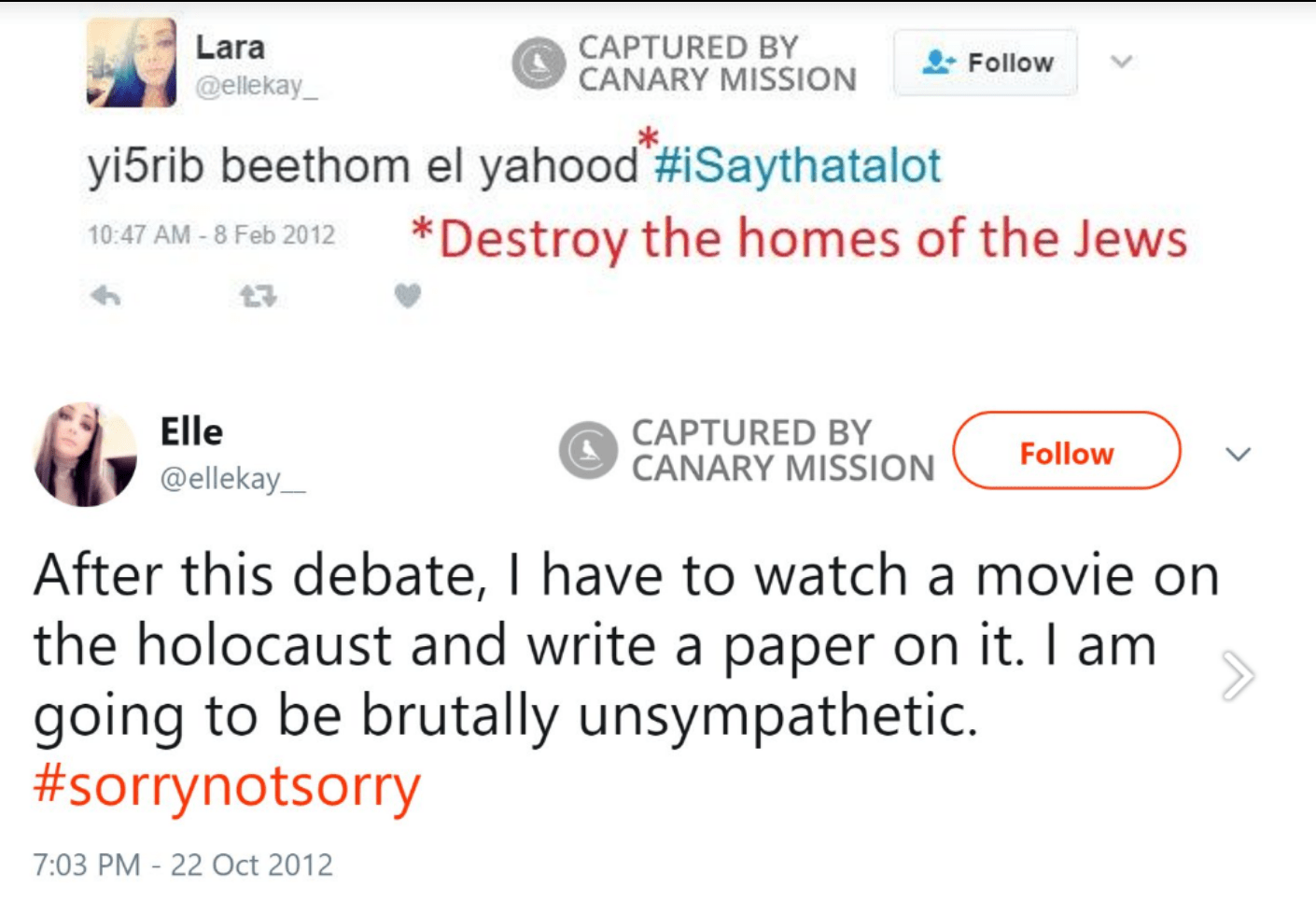 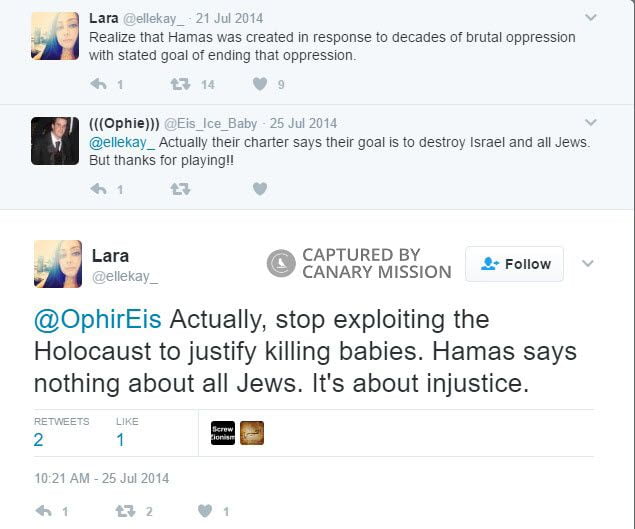 “Anti-Israel activists are trying to pull the wool over our eyes. They claim that that there is a distinction between antisemitism and anti-Zionism,” Canary Mission told JNS. “Dr. Kollab began her college career with shocking antisemitism. Like many others, the language of her Jew-hatred morphed as she progressed through college.”

The watchdog added: “Dr. Kollab has compounded her antisemitism with an outrageous claim that the Twitter account bearing her name was a ‘fake’ and that Canary Mission is ‘trying to frame’ her. Instead, she should apologize and explain what led her to hold such bigotry and tweet such frankly scary things.”

According to state records, Kollab’s medical license, issued by Ohio in July 2018, is still active and expires in June 2021.