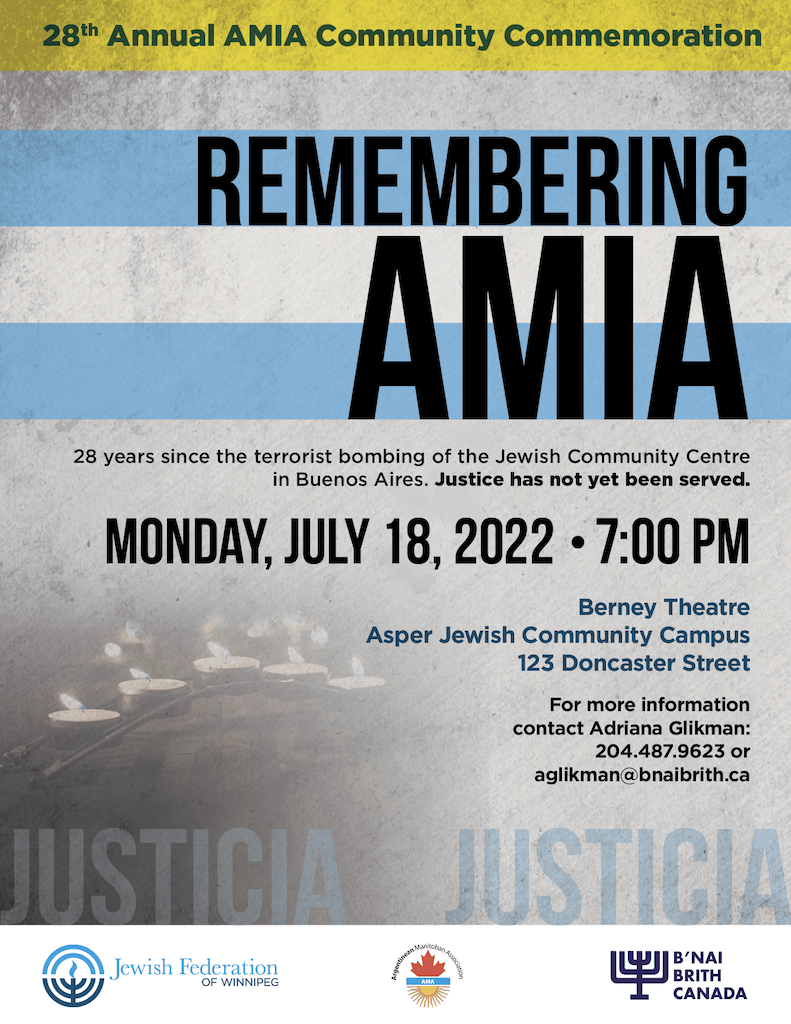 On July 18, 2022, it will be 28 years since the bombing of AMIA, a Jewish community centre in Buenos Aires. 85 people were murdered and more than 300 were wounded. It remains the biggest terrorist attack in Argentina. Although it is clear that Iran and Hezbollah were behind the attack, no charges have been brought. In 2015, hours before the public prosecutor Alberto Nisman was to testify about the cover-up of Iran’s role by the former Argentinian president Cristina Fernandez de Kirchner, he was murdered.

Following the reading of the names of the victims and the lighting of candles, David Matas will give a short presentation on the latest state of the quest for justice in this case as well as an update on Iran’s continued involvement in state-sponsored terrorism.

This commemoration is organized by the Manitoba office of B’nai Brith, the Jewish Federation of Winnipeg, and the Argentinian Manitoba Association.