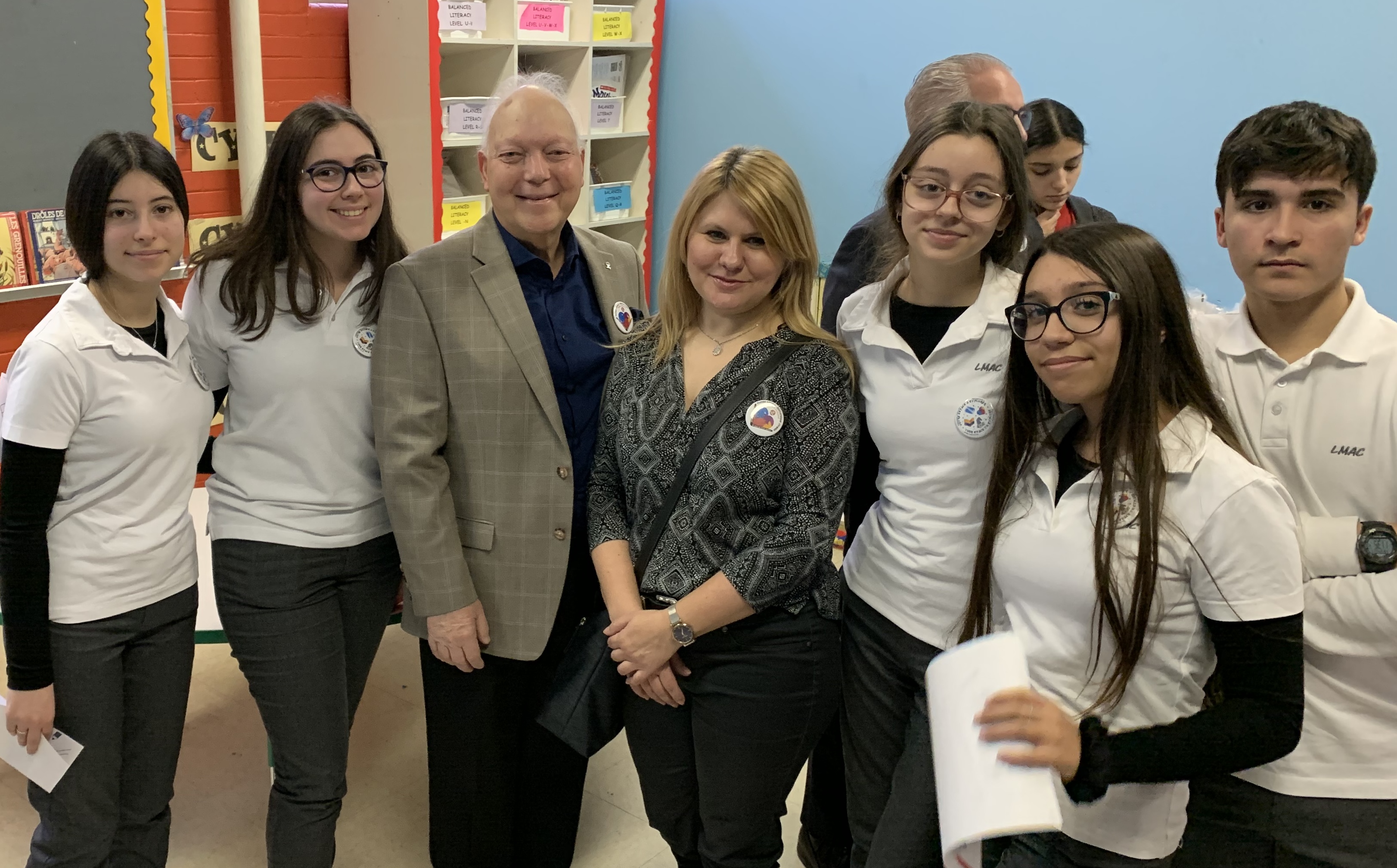 “The interest from many of the students was very high and they were excited about this competition,” Levine said. “There were many good questions during and after the presentation and there was already a commitment from several of them that they planned to submit.”

This educational initiative promotes diversity and teaches valuable lessons of inclusion to both elementary and high school students. Those from the latter group are being asked to reflect on these values by writing and illustrating a story for their younger counterparts (Kindergarten – Grade 5).

The high school students at the launch were mostly curious about the type of diversity they should address and had questions on the writing and illustrations. “We explained to them it could be on anything they'd like,” Minikovich said. “I showed them the book from last year's winner just to give them an idea, but not necessarily the standard. The story needs to be understood by a young child and [must] touch upon diversity. It could involve racism, religion, homosexuality or bullying, which is a big topic right now, as well as how we can all be accepted and respected despite our differences.”

Students were told that they can work alone or with a partner, meaning one can write and the other can draw. However, in that case, the prize would be split.

“They got excited when we showed them the winning book and how beautifully it's put together and professionally published,” Minikovich said. “The teachers and librarians became quite excited too. All in all, it was good feedback.”

As officials from B’nai Brith Canada note, this is about peer-to-peer learning and recognizing that students will lead the way in creating school communities where everyone is valued. The goal of Diverse Minds is to empower youth to become role models for each other and understand that their impact reaches beyond their classrooms. The inaugural competition took place last year in Manitoba and, because of its huge success, it has been expanded to four regions across Canada for the 2019/20 academic year, including Quebec.

The winning book will be published as a hardcover, full-colour book and distributed to all elementary schools and public libraries in the region. There will also be cash prizes awarded for the first, second and third place books.

You can find the rules and regulations here as well as how to submit here. The deadline to submit a book is March 9.