Daughter of Schindler's List Survivors to Appear in Winnipeg 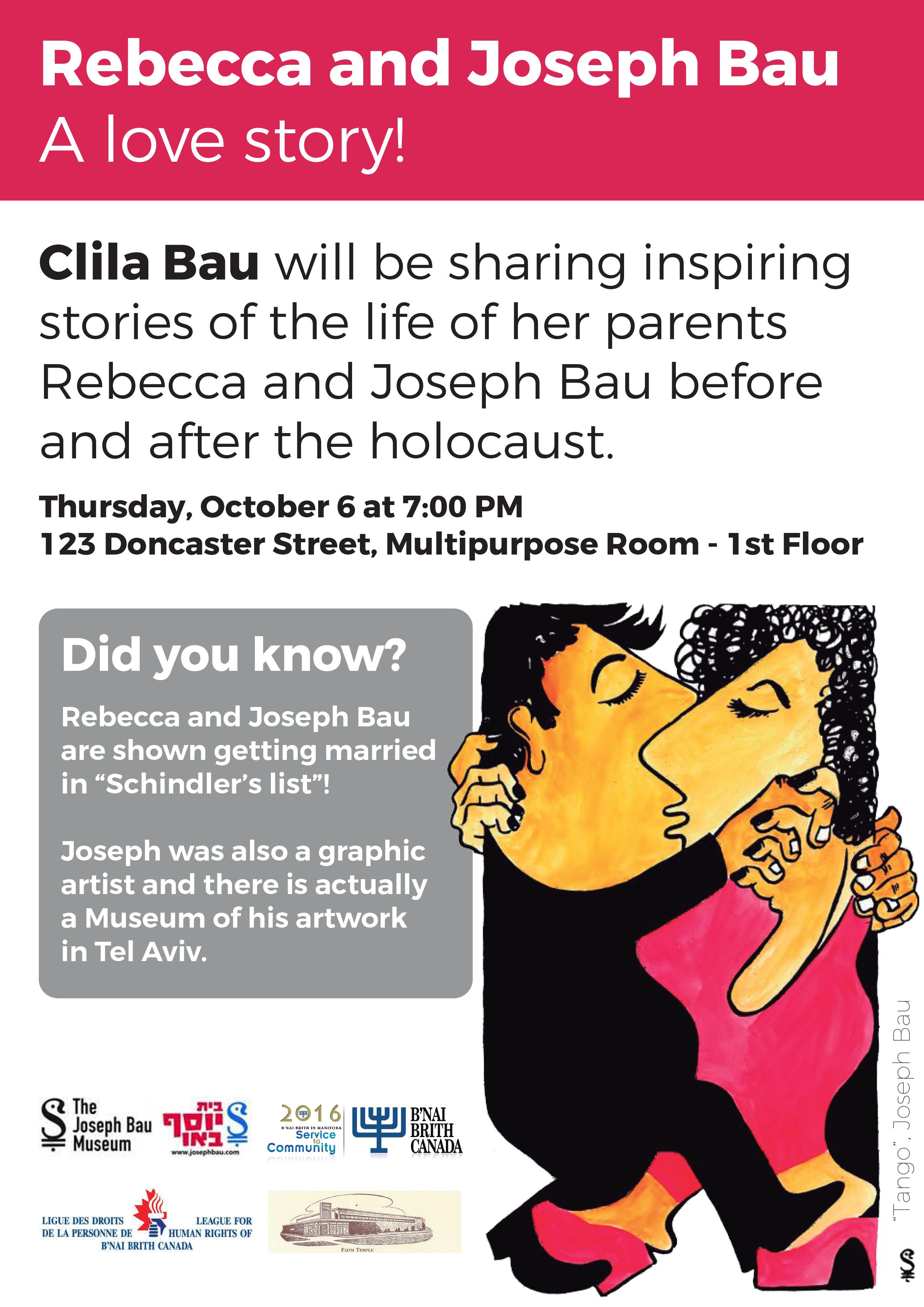 B'nai Brith Canada is proud to be one of the hosts of an event on October 6 featuring Clila Bau, the daughter of Holocaust survivors who were saved by Oscar Schindler.

Clila Bau is the daughter of Rebecca and Joseph Bau, a couple who survived the Holocaust thanks to Oscar Schindler.

Clila will be sharing inspiring stories on the life of her parents through photos, poems and songs. Joseph was a graphic artist born in pre-war Poland who turned his artistic talents to forgery in order to save his fellow Jewish concentration camps inmates during the Holocaust. Their mother was also actively involved in the rescue of hundreds of female Jewish prisoners.

Aside from the stories of heroism, the Clila will also share the inspiring love story of her parents. Joseph and Rebecca Bau met in the Plazow Concentration Camp, fell in love, and were secretly married in the camp barracks – a famous scene in the movie Schindler’s List. After the war, the couple reconstituted their lives in Israel, raised their children and contributed to their country through art infused with hope, humor and optimism.