This is a title I awarded his predecessor, Lawrence Bergman, when he served as the Liberal Member of the National Assembly for D’Arcy McGee.

Birnbaum is very present at riding events and activities, most recently playing an involved role in Premier Philippe Couillard’s Mission to Israel, a first for any provincial leader. Yet, Birnbaum faces – like every Liberal MNA – the expression of anger by constituents about the already worrisome state of the Quebec health system, and the addition of the massive cuts that have occurred since Couillard took office on April 7, 2014. This outrage includes concerns voiced by Health Minister Gaetan Barrette, who has been instrumental in reforming the medical system in Quebec. Barrette’s cuts have angered and disturbed so many Quebecers, that even in the Liberal stronghold of D’Arcy McGee, many are questioning their loyalty.

Birnbaum needs not worry about his chances in the October 2018 election, but nonetheless he is sensitive to the concerns of the people. As a result, last week he hosted a private forum for party members in Côte Saint-Luc – the heart of the Jewish community – to meet Barrette and address the public’s concerns. To ensure that things ran smoothly, Birnbaum selected noted communications expert and former CJAD Radio traffic reporter, Rick Leckner, to moderate. Leckner quipped: “I am here to direct traffic and make sure there are no speed bumps,” and he did exactly that.

Early on in the Liberal mandate, Barrette introduced Bill 10, a huge cost-cutting reorganization of Quebec’s health system that involved merging dozens of hospitals.

The iconic Jewish General Hospital became part of the CIUSSS Centre-Ouest (CIUSSS being the French acronym for the merged hospitals). Overall, Barrette’s reforms to the health system resulted in the eradication of over 1,300 managerial positions across the province. As well, in the past year, there have been rumours circulating that the CIUSS Centre-Ouest, headed by Dr. Lawrence Rosenberg, would be merged with the McGill University Health Centre (MUHC). Mind you, nothing appears to be set in stone, for now.

Senior members of the Jewish community worked hard to ensure that the Jewish General Hospital would retain its identity. Prominent Jewish community leader Allan Maislin heads the CIUSSS Centre-Ouest board, and the equally vital JGH Foundation and Auxiliary, which remains independent. The hospital, of course, is open to patients of any religion, and continues to cater to the  Jewish community.

“I have chosen to make the announcement here, because the Jewish General Hospital is, in many respects, an extremely efficient hospital, and I commend the work that everyone has performed, including Dr. Rosenberg, the Board of Directors, the Foundation and the staff,” Barrette stated at the JGH.

Furthermore, Barrette noted that Dr. Rosenberg has been instrumental in the sound administration of the hospital’s finances.

Barrette comes across as being a ruthless leader, based on media reports of his budget cuts. In contrast to the stark persona which the media has portrayed him as, when Barrette arrived at the Wagar Adult Education Centre for Birnbaum’s organized discussion, he shook the hand of every person present and engaged in a bit of discussion. A small crowd attended the event, and after he spoke, the back and forth dialogue between the audience and himself was anything but confrontational.

Longtime B’nai Brith Canada Quebec board member Larry Rosenthal was one of the first to raise his hand. “I should not believe the press,” he said. “You are such a nice guy!”

Is he really a nice guy? Unquestionably, Gaetan Barrette is very personable, and on this occasion he was spinning better than a world-class ballerina. Though, based on conversations I have had with patients and physicians in the system, I would have a difficult time finding too many people who would say they’re happy with Barrette’s work since he assumed office. Gaetan Barrette may have helped the Liberal government’s bottom line, but at what cost?

The question session organized by the local Liberal Riding association was a great idea, but the crowd was small and the dialogue became a bit too casual. After the question period ended, Ros Schneidman, a former national executive vice-president of Emunah Women of Canada, approached the minister and expressed her direct opinion on a few issues. Schneidman delivered the polite yet stern commentary I had hoped to see in the open forum.

A week after Barrette’s address, he became the focus of a huge controversy, as 10 independent members of the MUHC Board resigned. They publicly denounced the  insensitivity of the Minister of Health, with regard to the problems experienced by the institution.  The MUHC Board has repeatedly tried to reason with the Minister regarding the problems associated with the implementation of a 2007 clinical plan that reduces the services provided to patients and that does not meet the needs of patients in 2017. At the same time, the upheaval caused by the development of the new super-hospital site, in a context where the whole network is experiencing a restructuring, increases the difficulties.

The MUHC User Committee publicly exposed, at a press conference on May 25, the negative impacts of the implementation of the 2007 clinical plan on its patients:  postponement of surgical procedures affecting the well-being of patients; difficulties in booking appointments with a specialist; and inadequate facilities for people with reduced mobility.

At that same press conference, the Minister said he wanted to meet with the Users Committee of the MUHC, though he has yet to do so. The MUHC board members in fact lambasted him for choosing instead to meet with members of the Liberal Party ridings. 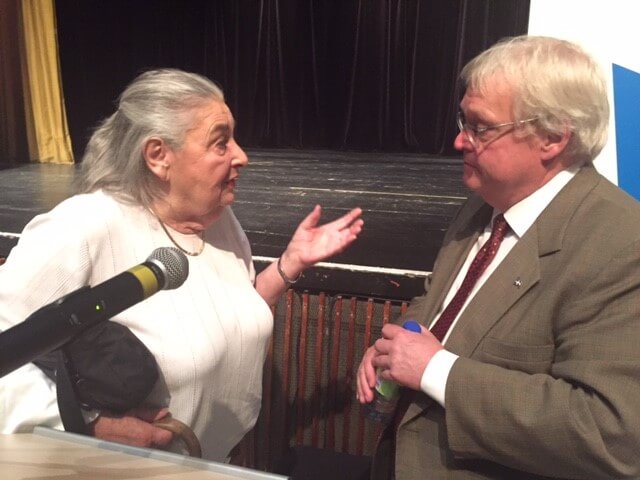 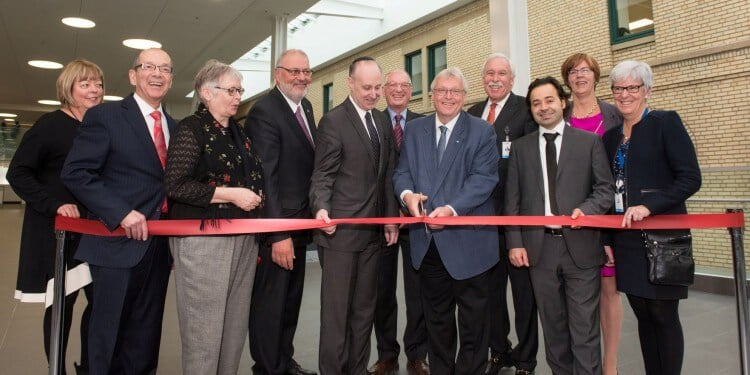