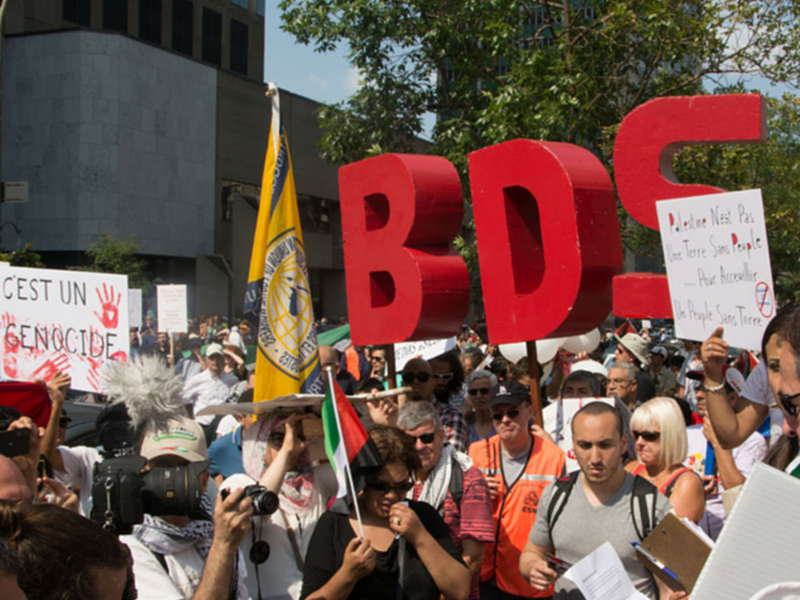 OTTAWA – Last Friday, the Canadian Federation of Students (CFS) voted in favour of a resolution endorsing the discriminatory boycott, divestment and sanctions (BDS) movement, which has had a damaging effect on Jewish and pro-Israel students across Canada – and the world.

The resolution is clearly in contradiction of the CFS’s own Issues Policy where it states its opposition to discrimination based on “place of origin, ethnicity, or citizenship.”

As Jewish students representing B’nai Brith on Campus, the student-run division of B’nai Brith Canada, Alpha Epsilon Pi (AEPi), the country’s largest Jewish fraternity, and Hasbara Fellowships Canada, a leading pro-Israel campus organization, we urge fellow students from across the country to join us in calling on the CFS to rescind this discriminatory decision.

Last week, during his apology to the Jewish community over the MS St. Louis, Prime Minister Justin Trudeau referred to “BDS-related intimidation” on college and university campuses having a pernicious effect on Jewish students, reiterating a House of Commons motion condemning the movement that passed with overwhelming support in 2016.

BDS has been widely condemned as an antisemitic movement. Its leaders have been caught red-handed advocating for terrorism, while many BDS activists have been exposed as promoting antisemitic tropes and slogans.

As such, and on behalf of concerned students across the country, we ask the CFS why it chooses to ignore the countless cases of where BDS led to the harassment or discrimination of Jewish students on campus, including when:

It is both immoral and unconscionable for the CFS to compel its Jewish student members to finance an antisemitic and self-discriminatory campaign that seeks to destroy Jewish self-determination on their ancestral lands.