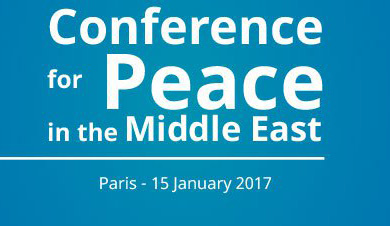 Canada will be sending a delegate to the Middle East peace conference in Paris, scheduled for Sunday, Jan. 15, 2017, B'nai Brith Canada has learned.

French officials said representatives of at least 72 countries will attend the Conference for Peace in the Middle East, which will include a reported 40 foreign ministers. Newly appointed Minister of Foreign Affairs Chrystia Freeland will not be the Canadian delegate to attend the conference, a government source confirmed to B'nai Brith.

Israeli and Palestinian representatives will not be attending the conference.

"There is tremendous hypocrisy to a conference entitled 'Peace in the Middle East,' which does not address major destabilizers of the region, including the Assad regime in Syria, ISIS and the terrorist state of Iran, which is obsessively pursuing nuclear capabilities and the destruction of the Jewish State," said Michael Mostyn, B'nai Brith Canada's Chief Executive Officer.

"Canada must maintain its principled stance on Israel and support our democratic ally, particularly given the fact that no Israeli representative will be in attendance."

Israeli and Palestinian representatives will not be attending the conference.