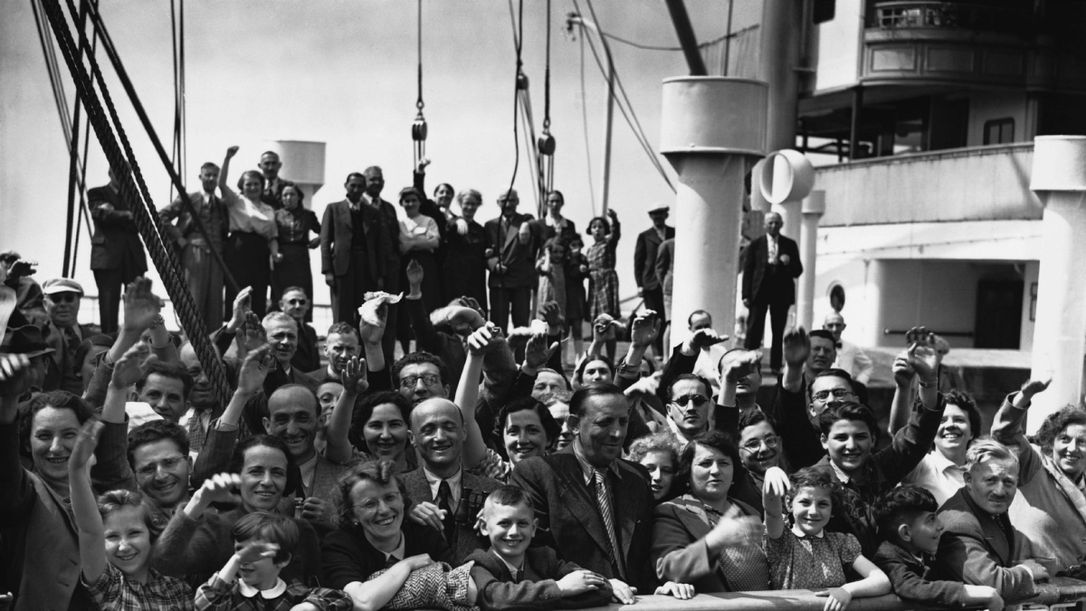 The MS St. Louis set sail from Hamburg, Germany in 1939 with 937 passengers, the majority of whom were Jewish. Under the command of Captain Gustav Schröder, who was later named Righteous Among the Nations for his dedication to his passengers’ safety and wellbeing, the MS St. Louis attempted to find a safe haven for the refugees on board.

After Cuba denied entry to all but 29 passengers and the U.S. rejected the ship entirely, the MS St. Louis sailed towards Halifax. Yet, due to what Trudeau referred to as “our discriminatory ‘none is too many’ immigration policy of the time,” the refugees were barred from landing in Canada.

The ocean liner was subsequently forced to return to Europe, where historians estimate that 254 of its passengers perished in the Holocaust.

Honoured to have the Prime Minister at Shaarei Shomayim to honour Holocaust survivors on the 30th anniversary of the March of the Living & to announce that the Govt will apologize in Parliament for the MS St Louis, when in 1939 Canada denied asylum to Jewish refugees. #NeverAgain pic.twitter.com/VbS8rMtOaP

Nearly 80 years later, at an anniversary gala in support of the March of the Living program, Trudeau promised to apologize in the House of Commons for Canada’s role. “It is our collective responsibility to acknowledge this difficult truth, learn from this story and continue to fight against antisemitism every day, as we give meaning to the solemn vow: ‘Never again,’” Trudeau said, adding that he looks forward to his formal apology in the House of Commons.

B’nai Brith Canada has long been at the forefront of the campaign to urge Canada to apologize for its discriminatory behaviour, having produced a 2011 documentary, When Canada Said No: The Abandoned Jews of the MS St. Louis, about this dark chapter in Canadian history.

“It is our responsibility to acknowledge this difficult truth, learn from this story & continue to fight against antisemitism every day as we give meaning to the solemn vow: ‘Never again.’” Thank you @JustinTrudeau for acknowledging this dark chapter in Canadian history. #cdnpoli https://t.co/DFxl9nhUoZ