Being a Victim of Antisemitism Has Actually Brought Me Hope

In my time as a contributor for B’nai Brith Canada, I’ve written a lot about antisemitism and its implications. Last week, I penned a more personal story after finding a swastika drawn in the snow on my own front yard, discussing the myriad of emotions I felt that ranged from anger to sadness to anxiety.

I never, however, expected the experience to result in a feeling of gratitude.

The first thing I did after finding the symbol was contact Amanda Hohmann, National Director of B’nai Brith’s League for Human Rights, and her response was immediate. She made sure that I understood the importance of contacting the police, then got to work on her end, passing along the information to all the right people.

That night I received an email from someone with whom I’d had very brief, business-only interactions up until that point. “This is heartbreaking and horrifying. It’s making me sick,” said Marty York, B’nai Brith’s Chief Media Officer. He passed along his support, and made sure I knew that everyone in the organization was behind me.

Both Hohmann and York called me the next day to ensure that I understood any potential implications of my making the swastika public. Their concern made me even more proud to write for such a generous organization, and only solidified my resolve to talk about the incident.

Then on Monday night, my B’nai Brith blog post made its rounds on social media, and on Tuesday, two local news agencies in Sault Ste. Marie (where I live) contacted me to write articles about the case. On Wednesday, a third got in touch. I know controversy makes news that sells, so I wasn’t necessarily surprised by the interest, but at the same time I appreciated their eagerness to get the word out. The reporters I spoke to were all sympathetic and clearly as disgusted by the act as I was.

Seeing people "fight back against the #racism is encouraging," says victim of #Antisemitism in #Ontario to @JairusCTV. @CTVNorthernNews pic.twitter.com/xuZdA81pXJ

Then, there were the comments. I know I’m not alone in saying that I generally avoid comment sections in news articles, filled as they often are with ignorant, hateful rhetoric. But because of my personal involvement, my curiosity in this case got the better of me and I read each and every comment out there.

I was pleasantly surprised by what I found. There were, of course, a few people who felt it was unfair to “automatically assume it [was] some white guy praising Hitler” or who thought we should look deeper into past meanings and uses of the “svastika.” But overall, the comments conveyed outrage and disgust: “The fact someone would do this outside someone’s house is awful and completely unacceptable,” wrote one. “This is very disturbing to say the least. There are still a number of WW2 vets here in the Sault that fought against this very same mentality overseas. There is no humour in it whatsoever,” wrote another.

My personal favourite came from someone who wrote, “I am sorry this happened to you. More people need to speak up against racism. More love not hate.”

Almost everything that came out of this incident has given me hope – for Sault Ste. Marie, and for humanity in general – but nothing was as impactful as what transpired Tuesday night. When I first told my husband about the first swastika, he immediately set up a security camera system in a bid to catch the suspect if he/she happened to return. On Tuesday, he noticed something suspicious – a woman drawing in the snow in front of the empty church immediately beside our house. Had we already caught the “artist”? I checked right away.

I honestly struggle to convey the emotions that soared through me when I saw it; I won’t pretend I didn’t well up a bit. Someone had, in fact, drawn a swastika and what looked like the words, “White Power,” but what we caught on camera was this woman rubbing most of it out and writing a peace sign in its place, along with the words, “Peace in Society.” And a little further down, off camera, another swastika and the word “Heil” had been drawn, but the swastika had been crossed out and the word “NO” was written underneath. 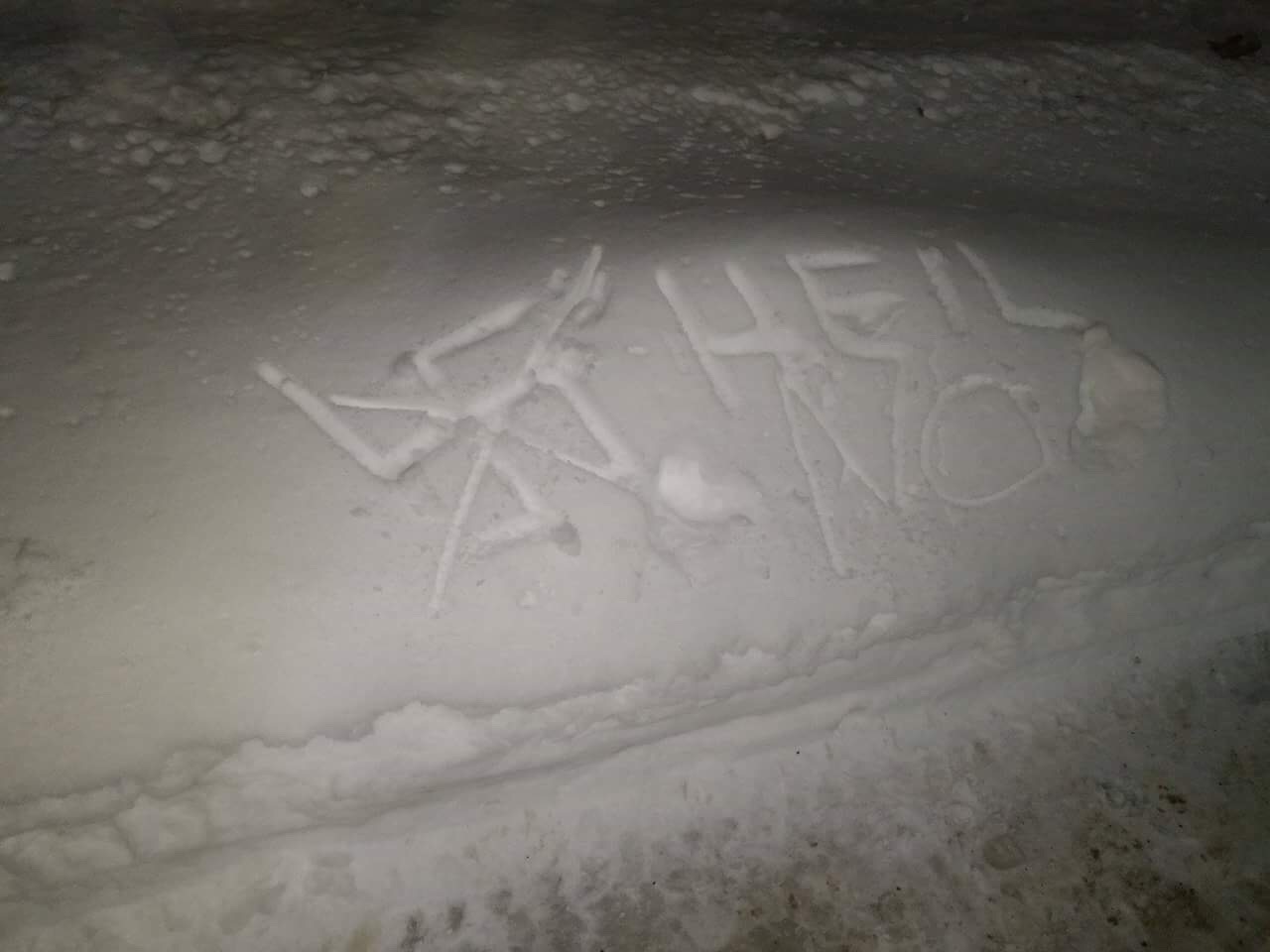 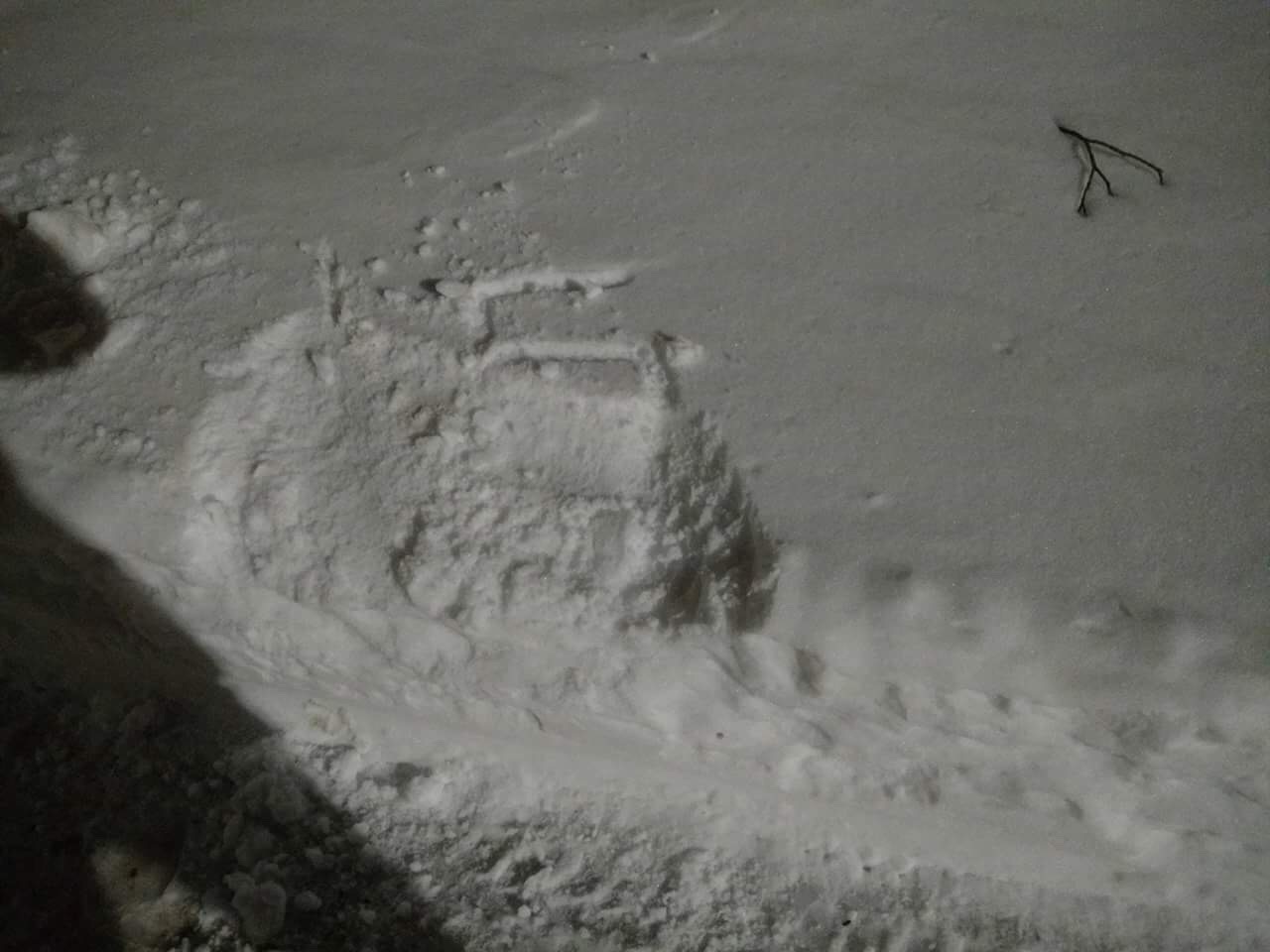 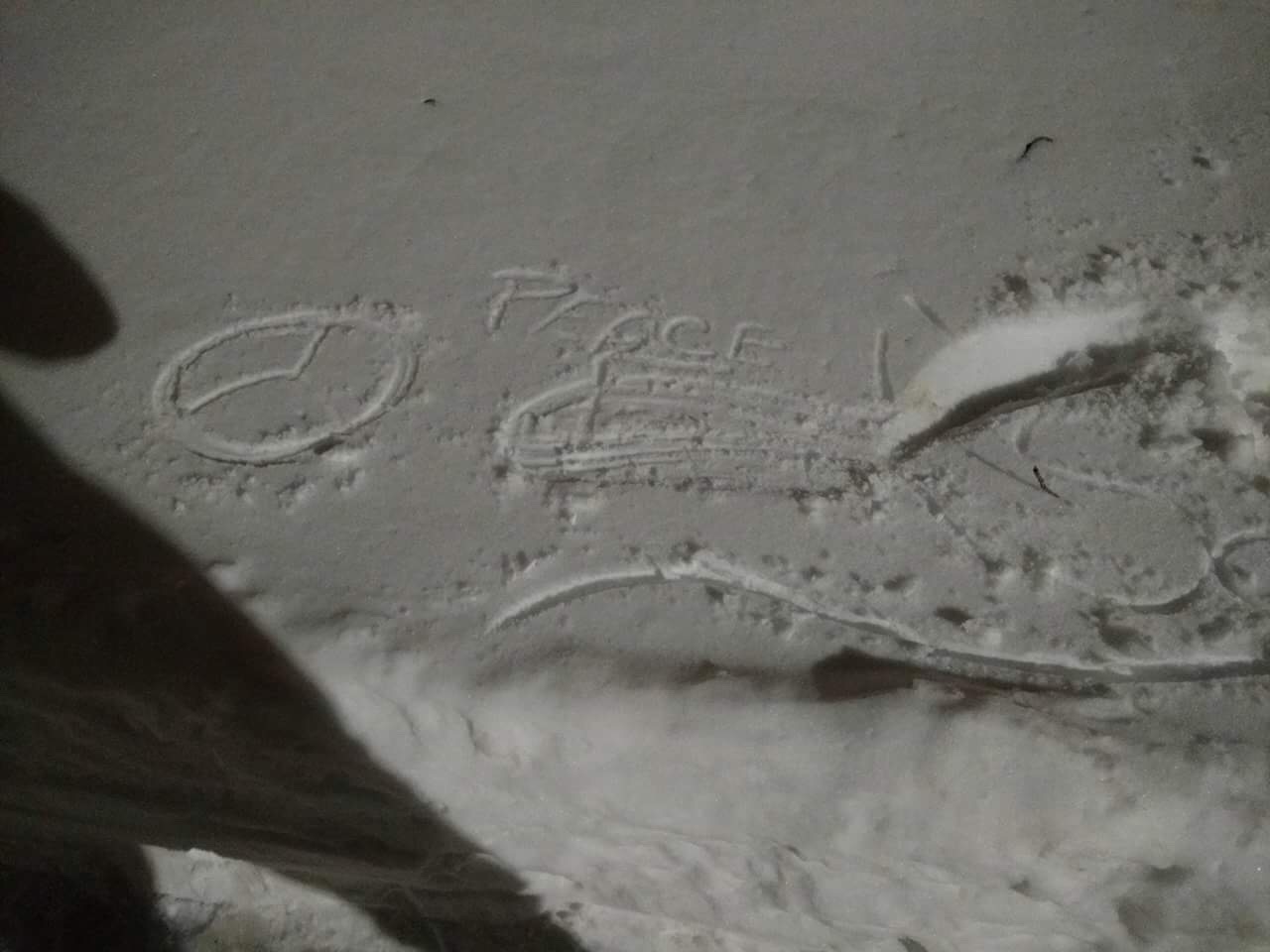 Was it a coincidence that the first one was in front of my house after all? Or are the suspects showing me they’re still in the neighbourhood? I’m unsure, and the motion capture didn’t activate to catch whoever drew the new ones, but for now it’s beside the point.

The support this woman was showing, when most people would have just kept walking, means more to me than she’ll ever know. She demonstrated to me that I’m not alone, that there are those in the Sault who will fight back, and who believe that love is stronger than hate.