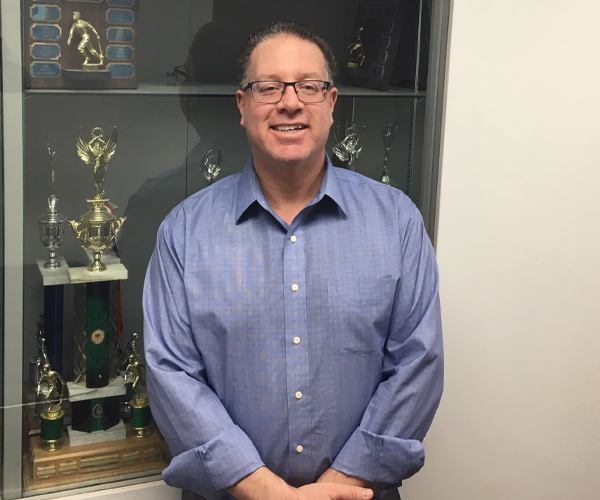 TORONTO – B’nai Brith Canada is pleased to announce the appointment of Avi Ritter to the position of National Sports Director.

Ritter brings to the table years of volunteer experience with B’nai Brith Canada Sports and as a leader of community sports in the Greater Toronto Area. He has also presided over BCFH Browns/Cottingham Forrest Hill Baseball and assisted in the Armour Heights Baseball League.

Ritter first became involved with B’nai Brith in 1987 through its baseball program, where he played in the fast pitch league. After attending a B’nai Brith executive meeting to voice concerns over the state of the direction of baseball, he was elected as a representative for the organization’s new Sports Corporation. He has since acted as a B’nai Brith league commissioner, volunteered on several banquet committees and been involved in the disciplinary committees for multiple B’nai Brith sports leagues.

As acting Sports Director, Ritter hopes to foster “the B’nai Brith Sports family attitude” that has kept him involved and engaged since his early twenties. Together with the community, he will help grow and strengthen the league’s current collection of sports and introduce new programs to better involve the families of members in their activities.

He also aims to introduce new initiatives like gala dinners and events for children.

B'nai Brith Canada Sports Avi Ritter Amateur Sports
Published : Mar 05, 2019
Do you like this post?
Tweet
Have you experienced antisemitism, racism or discrimination? Report an Incident