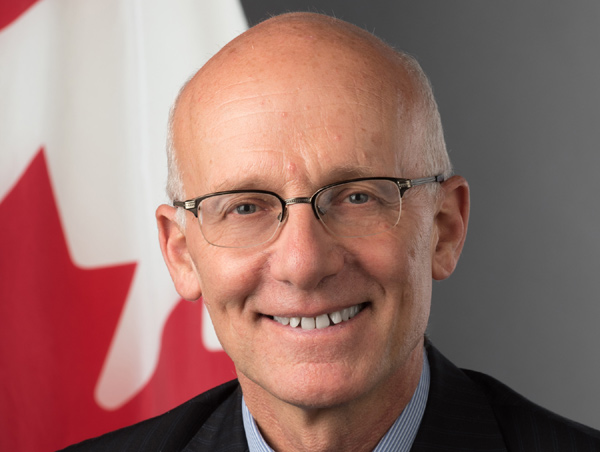 OTTAWA – B’nai Brith Canada is welcoming the appointment of a new Canadian Ambassador to the International Holocaust Remembrance Alliance (IHRA).

“Educating Canadians and the world about the Holocaust and countering modern-day Holocaust denial and distortion are two vital functions of IHRA,” said Michael Mostyn, Chief Executive Officer of B’nai Brith Canada. “Now, more than ever, it is important that Canadian leadership in IHRA remains strong and consistent. Matthew Levin exemplifies such leadership. We remain ready to support him and the government of Canada in countering those who would challenge the Holocaust and its important lessons for society.”

Holocaust education and preserving the Holocaust record have become more important as time passes. Recent surveys have illustrated that knowledge of key Holocaust-related events is declining as the world’s population gets younger.  Through its Holocaust Education Program, support for IHRA and collaboration with other Canadian Holocaust education centres, B'nai Brith is determined to counter this trend.

B'nai Brith is also a consultative partner in the Canadian government’s participation in IHRA and funds the participation of one of its representatives at IHRA plenary meetings. The organization also uses the definition of antisemitism adopted by IHRA and utilizes it to precisely identify and categorize incidents of antisemitism, as detailed in B'nai Brith's Annual Audit of Antisemitic Incidents.

“Canada’s leadership in IHRA remains of fundamental importance to us and to the Canadian Jewish community,” said Brian Herman, B'nai Brith's Director of Government Relations. "Ambassador Wilczsynki has been an outstanding representative speaking on Holocaust issues and we are grateful for his dedication to this task during his time as IHRA Ambassador.”

For more details on IHRA, which holds its next plenary meeting in Rome at the end of May, click here.

Artur Wilczynski International Holocaust Remembrance Alliance IHRA Matthew Levin
Published : May 22, 2018
Do you like this post?
Tweet
Have you experienced antisemitism, racism or discrimination? Report an Incident