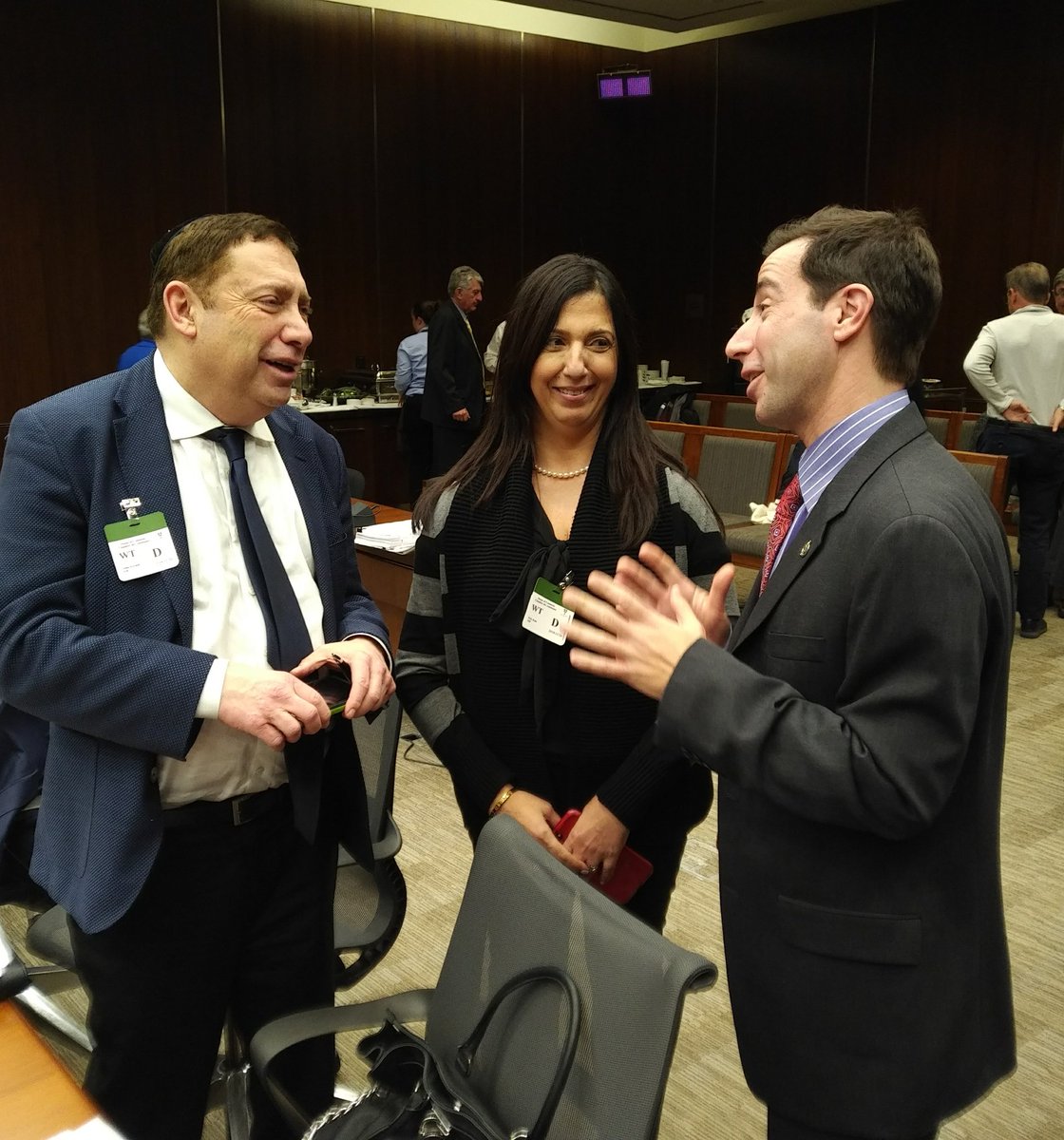 On Nov. 26, 2018, John Syrtash of Garfin Zeidenberg LLP was invited to present his views on proposed changes to Canada’s Divorce Act (Bill C-78) to the House of Commons. His unsolicited invitation was made by the Parliamentary Standing Committee on Justice and Human Rights and he attended as Family Law Counsel to B’nai Brith Canada.

The invitation was based on Syrtash’s experience as a Senior Toronto Family Law lawyer of 37 years as a litigator, mediator and author. Syrtash has written several family law articles in the Canadian Jewish News, the Tribune, the National Post and in his weekly summary of family law cases, the Syrtash Family Law Newsletter. He has also successfully developed and lobbied for important legislative reform.

Syrtash was happy to attend the House of Commons meeting as a “voice of the people” and a voice for human rights, not just as a lawyer. He presented his written brief and told the Committee that laws should be reliable, predictable and fair. All of his suggestions were made to save divorcing spouses time and money. They were also designed to enhance predictability and protect children from legal disputes.

Bill C-78 proposes to change Canada’s Divorce Act.  Among these, it would eliminate words like “custody” and “access” and replace them with “parenting” and “contact orders.”  The government’s intention is that changing the language will help diffuse the number of Court battles over children since parents would no longer be fighting over words. Syrtash delivered both a speech and a detailed 10-page brief to Parliament.  Although the change of language is well-intentioned, he said, it would not matter to most parents and they’d continue to fight for primary care and access to their children, regardless of the wording. He quoted Shakespeare’s Romeo and Juliet in saying, “A rose by any other name would smell as sweet.”

Doing away with the words “custody” and “access” could eliminate decades of jurisprudence, he said, adding that parents in the Courts would then have to pay needless funds on legal fees for reinterpretations of the law.

Bill C-78 defines “family violence” as including “financial abuse” and “controlling behaviour.” Syrtash said if the bill is adopted and the language is changed, a parent who would want more money from their spouse could now attempt to deny them access to their child for the wrong reasons. While financial abuse or controlling behaviour may exist within a family, this is not the same as violence, he said.  Broadening the definition would cheapen the word “violence” and trivialize the suffering of those who are physically attacked, including children.

As with the definition of “family violence” in Bill C-78, the initial proposed changes to the Criminal Code in Bill C-75 significantly reduce the meaning of such words, such as “genocide.” Until B’nai Brith made its recommendations to Parliament, which were formally adopted, that change in language could have meant that a criminal prosecuted for genocide could have asked for a jail term as short as six months to two years.

Syrtash also expressed his concern that proposals that include “financial abuse” as a type of “family violence” could lead to unintended consequences. There are many situations where a household member could be at risk of losing their income, and this could then be interpreted as “financial abuse.”  One example may occur when a grandparent, who is a member of the household, faces retirement.  An abuse of this legislation could lead to preventing any further contact with their grandchild if they face the risk of a drop in income when they retire.

Among several other ideas, Syrtash also applauded the proposed legislation to the Divorce Act that would now allow caregivers other than parents to apply for “parenting rights.” However, he noted that grandparents should be included as “other caregivers,” citing a similar law recently passed in Ontario for children of unmarried parents and former spouses.

Syrtash also made his own suggestions for changes.  He was troubled by a part of the Divorce Act that allows parents to ask the Courts for a reduction in child support payments if they have custody of the child more than 40 per cent of the time. Syrtash explained that in many cases, some parents have little interest in their child but ask the Court for more time they never intend to exercise just to save money.

He also objected to a proposal that appears to make mediation mandatory as a first step in the divorce process. Mediation should be optional, not mandatory, as each case is different, he said.  In some high-conflict or abusive divorces, a spouse may feel intimidated by their wife or husband. If mandatory, mediation could present yet another financial hurdle that may not work for all families and should remain optional.

To deal with parents who don’t show up for access visits, Syrtash proposed a law that would allow Judges to increase child support by 25 per cent retroactively by one year if, after that time, a parent had failed to visit their child for scheduled visits.

Finally, Syrtash suggested a “rebuttable presumption” that a child’s time and decisions for him/her be shared “equally” by both parents. In most cases, a Court would presume that both parents are fit to care for a child. However, the Court should be able to decide differently, especially if a parent is unfit, he said.

The government has recognized that the Divorce Act needs to be amended.  It is transparent that Bill C-78 has taken a lot of time and effort. At the House of Commons hearing, Syrtash applauded the Committee for soliciting the advice of family law lawyers, such as himself, who deal with families going through divorce every day. He also thanked the Chair, MP Anthony Housefather, for the invitation and spoke with compassion for reducing the high financial cost of divorce.  His most significant advice was to make the legislation reliable, predictable and fair.