B’nai Brith Canada strongly denounces federal NDP leadership candidate Niki Ashton for attending a rally this week in support of Palestinian terrorists and for questioning Israel's right to exist in a Facebook post.

On Tuesday, the MP for Churchill – Keewatinook Aski wrote that she “was honoured to stand with many in remembering the Nakba,” an Arabic term mourning the reestablishment of the Jewish State of Israel.  "Nakba Day" recalls the failure of the Arab armies surrounding Israel (Jordan, Egypt, Lebanon, Iraq and Syria) to destroy it.

Ashton also said, “It was powerful to join many at a rally in solidarity with those on hunger strike in Palestine,” failing to mention that the majority of strikers were imprisoned for murdering civilians in terrorist attacks, or that their prison conditions comply with international standards. 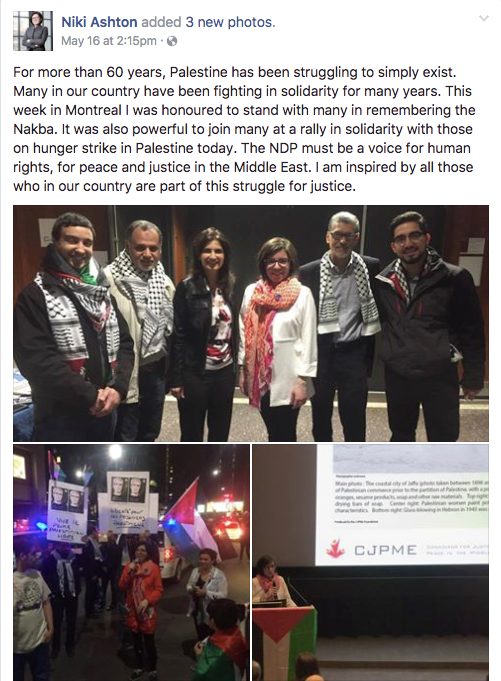 A photo uploaded by Ashton showed her speaking in front of posters bearing the likeness of Ahmad Sa’adat (see below), the jailed leader of the terrorist organization Popular Front for the Liberation of Palestine (PFLP) who served more than 10 years in prison for the assassination of Israeli Tourism Minister Rehavam Ze'evi. The PFLP logo shows an arrow pointing towards Israel, symbolizing what they believe is a "return to their homeland." 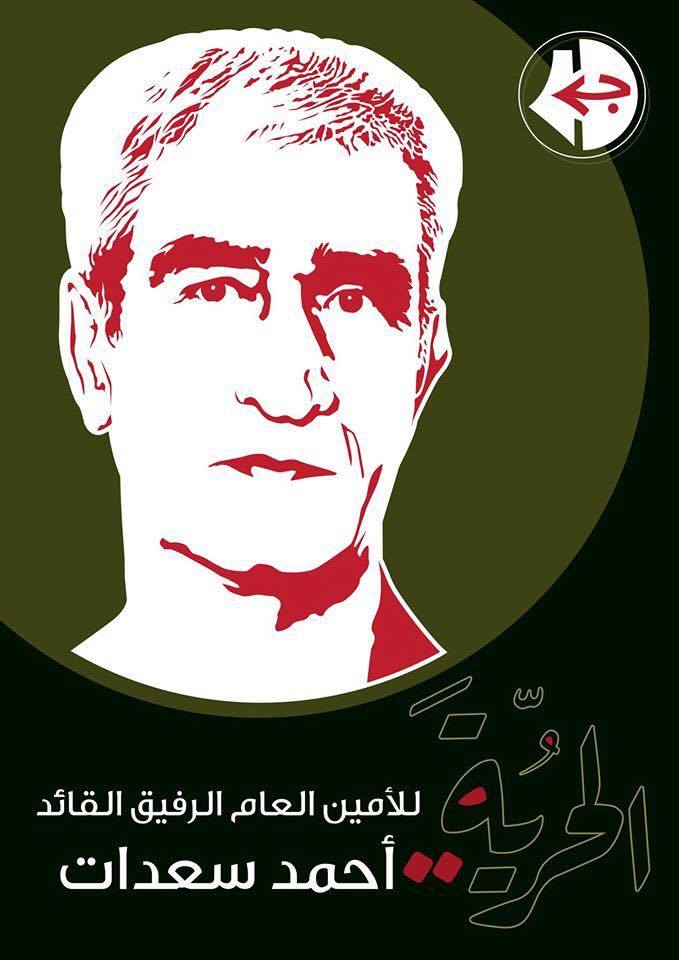 In 2014, the PFLP took credit for a massacre at a Jerusalem synagogue in which six Israelis, including a Canadian citizen, were murdered.

"Ms. Ashton's comments are a shocking and insulting departure from the traditional position of her party and those of mainstream Canadians," said Michael Mostyn, Chief Executive Officer of B'nai Brith Canada. "Her ignorance as to the reality of the situation in Israel, particularly when it comes to the hunger strike of convicted murderers, is alarming from someone aspiring to be leader of this country.

"To suggest that we should commemorate and mourn the Arab world's inability to successfully commit a genocide against the Jewish people is beyond comprehension."

Messages left for Ashton by B'nai Brith Canada were not returned.