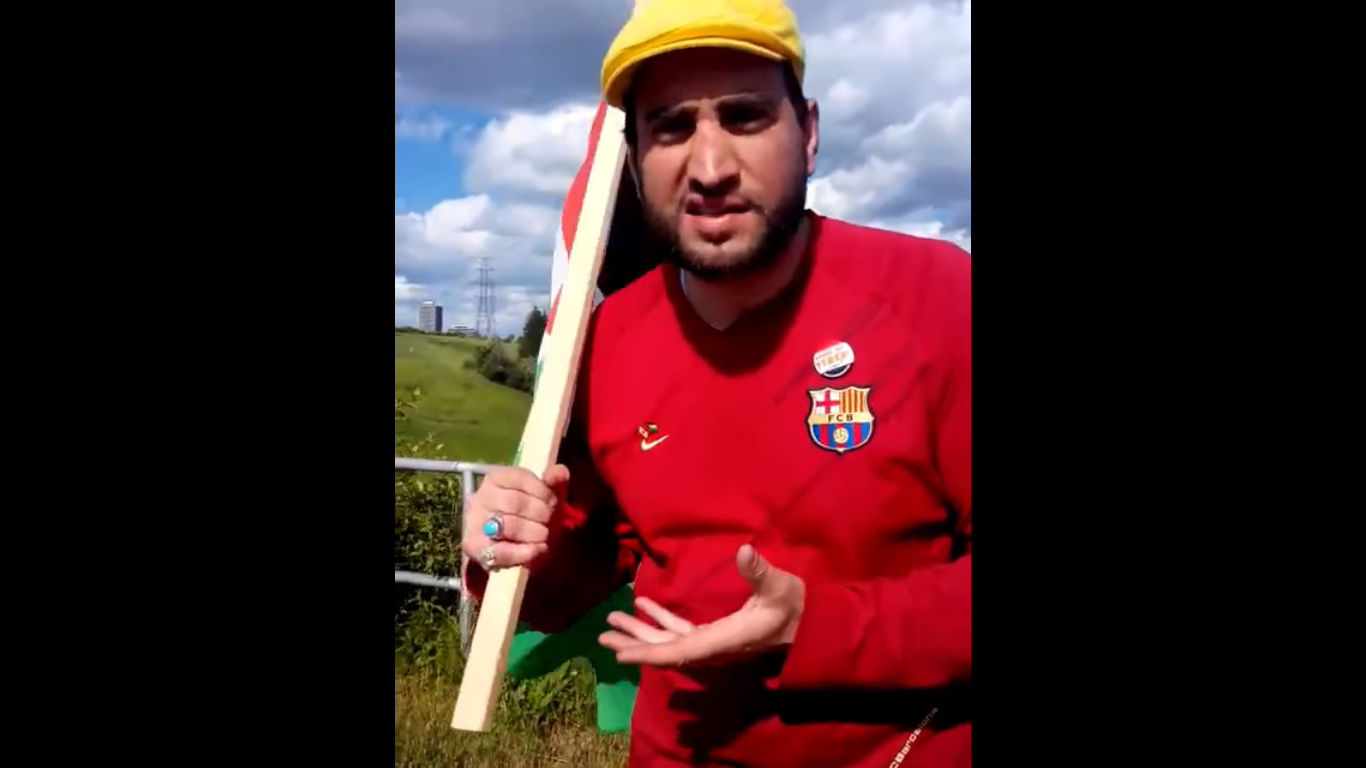 TORONTO – B’nai Brith Canada has filed a complaint with Toronto Police after a man was filmed harassing a member of the Jewish community in a North York park on Sunday.

In the uploaded confrontation at G. Ross Lord Park, Firas al-Najim berates a man in an electronic wheelchair for supporting Israel, refuses to condemn Palestinian suicide bombings, and denounces Arab-Jewish cooperation in Israel.

After the man in the wheelchair leaves the scene, al-Najim launches into an antisemitic diatribe in which he claims that “Zionists” are trying to take over North York, warning them not to “come here and start claiming this country as if it’s occupied Palestine and calling it now Israel.”

In June, B’nai Brith received previous complaints alleging that a man had harassed Jewish seniors in G. Ross Lord Park, but those interactions were not video-recorded.

“It is totally unacceptable that Jewish residents of North York are being accosted and harassed as they go about their daily lives,” said Michael Mostyn, Chief Executive Officer of B’nai Brith Canada. “We expect law enforcement to take this matter seriously and put an end to this behaviour.”

B’nai Brith has been in touch with York Centre MP Michael Levitt and Councillor James Pasternak, who noted that he was “willing to vigorously respond to the harassment, and work with City staff to implement a trespass order.”

Al-Najim, the manager of the ironically named “Canadian Defenders for Human Rights” (CD4HR), is listed as residing in Mississauga by Corporations Canada, but has claimed elsewhere to be a resident of North York.

This is not CD4HR’s first attempt to disturb the Jewish community in the Greater Toronto Area. In May, al-Najim and a small band of followers attempted to disrupt the Toronto Walk for Israel. Abbas Hamideh, a Palestinian activist who came from the United States to join CD4HR, called North York “the heart of the Criminal Zionist Community.”

On June 28, the group protested outside the Israel Day Festival in Thornhill, where al-Najim’s followers accused Canadian Jews of trying to “occupy Canada” before being led away by police.

Aliya Hasan, al-Najim’s co-manager at CD4HR, has told Jews that they are “forbidden from gathering and forming their own state” and alleged that Israel is committing a “Holocaust” against Palestinians.

antisemitism Toronto CD4HR North York Harassment Firas al-Najim
Published : Jul 15, 2019
Do you like this post?
Tweet
Have you experienced antisemitism, racism or discrimination? Report an Incident