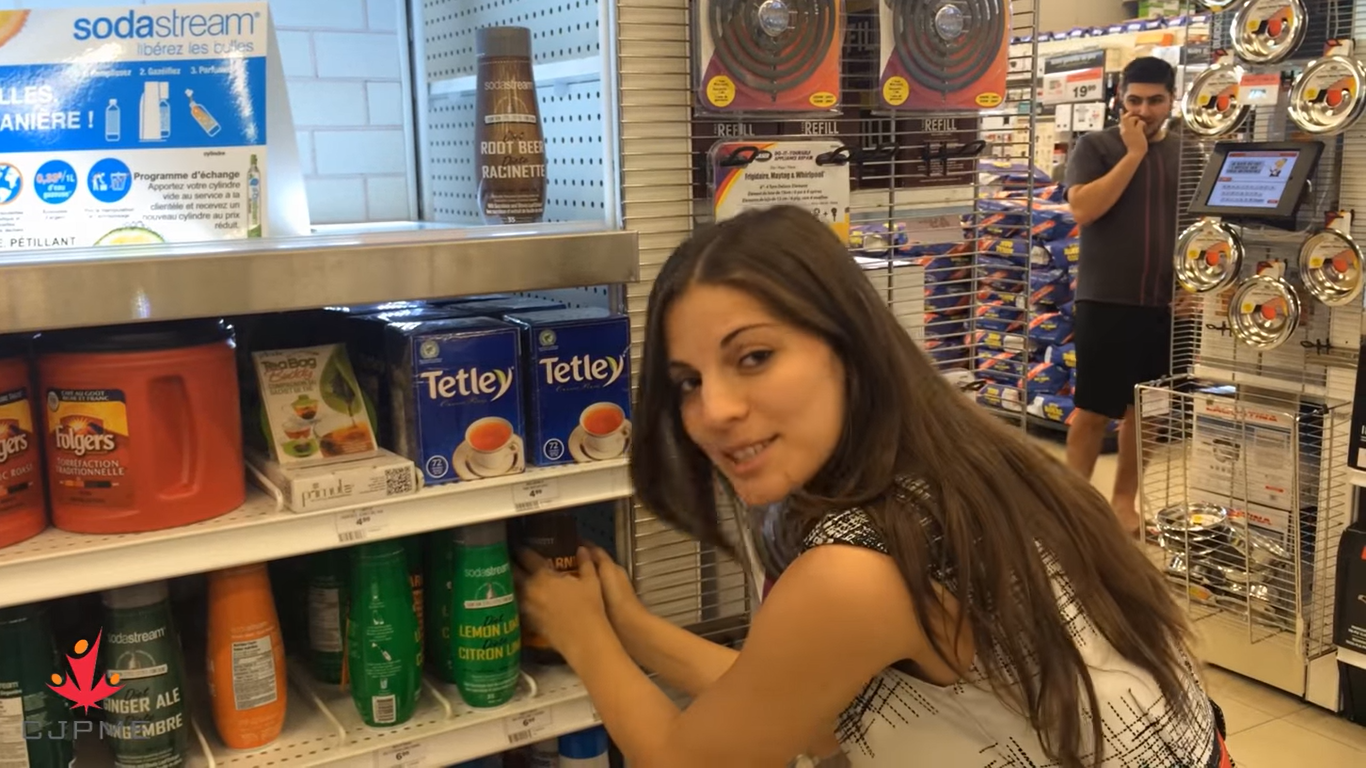 MONTREAL – B'nai Brith Canada is deeply disturbed by the New Democratic Party's nomination of a candidate who was filmed affixing “warning” labels to Israeli products on Canadian store shelves and encouraging Canadians to boycott them.

Miranda Gallo, the NDP candidate for the Montreal riding of Saint-Laurent, starred in the troubling videos in 2016 as an employee of “Canadians for Justice and Peace in the Middle East” (CJPME), an anti-Israel group. CJPME’s “Sticky Note Campaign” targets not just products hailing from areas disputed between Israel and the Palestinians, but even items produced in the Jewish State’s internationally-recognized territory.

Defacing products without the owner’s consent constitutes the criminal offence of mischief, contrary to section 430 of the Criminal Code.

Both Gallo and CJPME owe Canadian store owners apologies for the products they have defaced and encourage others to deface.

On Tuesday, Sept. 17, B’nai Brith reached out to the NDP to relay its concerns and demand that Gallo be dropped as its candidate. On Thursday, Sept. 19, the NDP responded to B'nai Brith, declining to drop Gallo as a candidate, adding that the NDP's policy is "to work towards a just and lasting two-state solution between Israel and Palestine that respects human rights and international law." The Party also said that Gallo was made aware of this policy and has agreed to support it.

Ironically, in contrast to the views promoted by Gallo and her employers at CJPME, the federal NDP rejected the BDS Movement at its national convention in February of 2018.

NDP Leader Jagmeet Singh slammed CJPME’s then-Chair in September of last year, after he had accused Liberal MPs Anthony Housefather and Michael Levitt of being “more devoted to Israel than to their own Prime Minister and their own colleagues in the Liberal caucus.” Singh tweeted in response: “Antisemitism has no place in Canada.” Hélène Laverdière, then serving as NDP MP for the neighbouring riding of Laurier--Sainte-Marie, added: “I condemn the anti-semitic comments directed against them.” CJPME, for its part, declined to apologize to the Jewish MPs for the comments of its then-Chair. Gallo was already a CJPME employee at that time.

“Someone who thinks it's okay to vandalize store products based on the origin of their producer has no role as a candidate for a major Canadian political party,” said Michael Mostyn, Chief Executive Officer of B’nai Brith Canada. “Not only do Ms. Gallo’s actions demonstrate her anti-Israel bigotry, but they also reveal a profound disrespect for the rule of law.”

Canadians may relay their concerns to the NDP and urge the party to immediately drop Gallo as a candidate. You can email Jagmeet Singh, Leader of the NDP, at Jagmeet.Singh@ndp.ca and the President of the NDP, Mathieu Vick, at Mathieu.Vick@ndp.ca.