B’nai Brith Deeply Disturbed by Assault on Boys in Thornhill 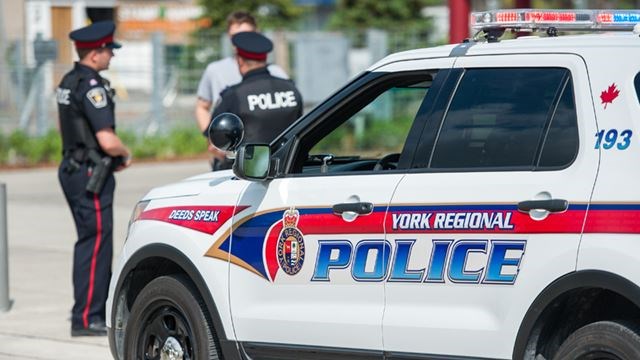 TORONTO – B’nai Brith Canada is speaking out after two Jewish boys were assaulted in the heart of the Greater Toronto Area Jewish community.

On Saturday afternoon, two boys wearing kippot, or Jewish skullcaps, were walking near the Garnet A. Williams Community Centre in Thornhill when another youth approached them and began swearing at them from behind. As the Jewish boys tried to leave the area, the youth punched one of the Jewish boys in the face and proceeded to follow him and his friend for some distance before fleeing the scene.

The victims were unable to record the incident because it took place on the Sabbath, when observant Jews do not carry electronic devices such as cellphones. One of the victims later visited the emergency department to seek treatment for his injuries.

On Sunday, B’nai Brith representatives spoke to one of the victims and his parents, and is proud to have received the family’s trust to advocate exclusively on their behalf. The York Regional Police Hate Crimes Unit is now investigating the incident.

“This is an extremely serious incident, and we trust that law enforcement will give it the attention that it deserves,” said Michael Mostyn, Chief Executive Officer of B’nai Brith Canada. “It is inconceivable that Jewish families will be afraid to send their children to the park, in a heavily Jewish neighbourhood, on the Jewish Sabbath.”

Saturday’s attack comes on the heels of two grave antisemitic incidents in Montreal last weekend, including one in which a taxi driver was caught on camera beating a Jewish passerby. The taxi driver was later fired, and Montreal Police are investigating the assault.

The incident Saturday was also eerily reminiscent of an episode from November of 2018, in which a group of identifiably Jewish teenagers were taunted and then attacked by another group of youths in the Bathurst and Lawrence area of Toronto. One perpetrator was charged in connection with that incident, but his name could not be released under youth criminal justice legislation.

While violent attacks against Jews are relatively rare in Canada, B’nai Brith’s 2018 Audit of Antisemitic Incidents found that overall incidents, including violence, vandalism and harassment, increased from 1,752 in 2017 to a new high of 2,041 last year.

If you experience or witness an antisemitic incident, please contact police and/or emergency services, then contact our Anti-Hate Hotline for assistance at 1-800-892-BNAI or visit bnaibrith.ca/report.